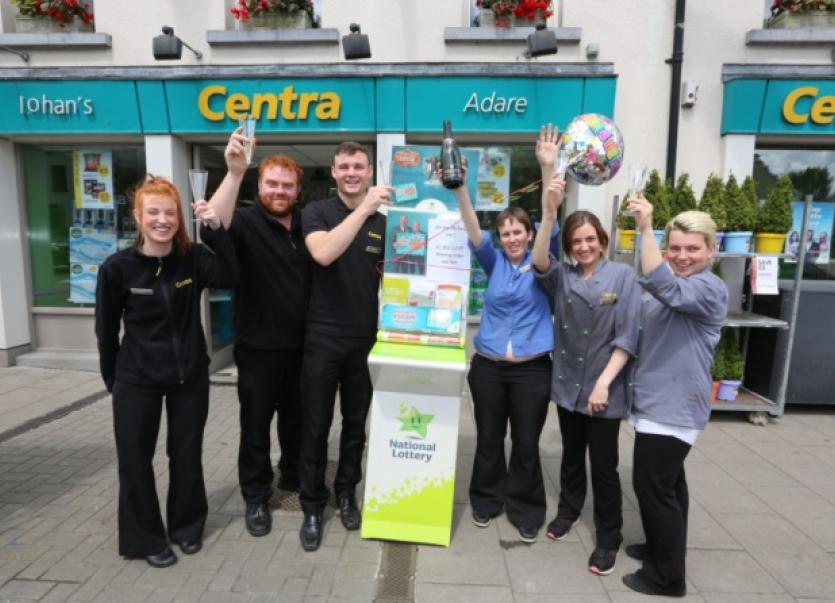 MYSTERY still surrounds the identity of the person who bought the winning ticket for last Saturday’s €2m jackpot in Limerick.

MYSTERY still surrounds the identity of the person who bought the winning ticket for last Saturday’s €2m jackpot in Limerick.

The €4 quick-pick ticket was bought on Saturday at Lohan’s Centra supermarket on the Main Street in Adare, but nobody has yet shown up either at the shop or at the Lotto headquarters to cash in the ticket.

“There could be several reasons why someone wouldn’t have claimed it yet,” a spokeswoman for the National Lottery said.

But she confirmed that the ticket holder stands to enjoy the entire jackpot and will not have to share. In any case, she added, the ticket holder has 90 days to come forward and of course, has the option of remaining anonymous.

The win however sparked a wave of excitement and speculation among staff and shoppers on Sunday and in the days since.

“It’s brilliant, there is a nice buzz around the place and hopefully the winner will come forward but we have no idea who it is,” Louise Cusack, a supervisor at the store told the Limerick Leader.

Andrew Lohan, who runs the store with his brother Jeff, said it was a major boost for everyone associated with the business.

“This is the first time we have sold a winning ticket and we are delighted we sold it. We are looking forward to seeing somebody coming up and claiming the prize. We have a lot of tourists calling into the shop but we also have an awful lot of local people buying the Lotto in the store so hopefully we can keep it local,” Mr Lohan said.

Saturday’s win follows on another Lotto Jackpot in Limerick in June last year.

On that occasion, a family syndicate from County Limerick shared a €2m jackpot after buying a €4 quickpick at Ryan’s Raheen Foodstores the day before the draw.

According to the National Lottery, the biggest Lotto Jackpot win in Limerick happened in 2011. On New Year’s Eve, the jackpot of €4,164,479 was won by a ticket-holder who bought the ticket in Chawke’s, Dublin Road, Castletroy.