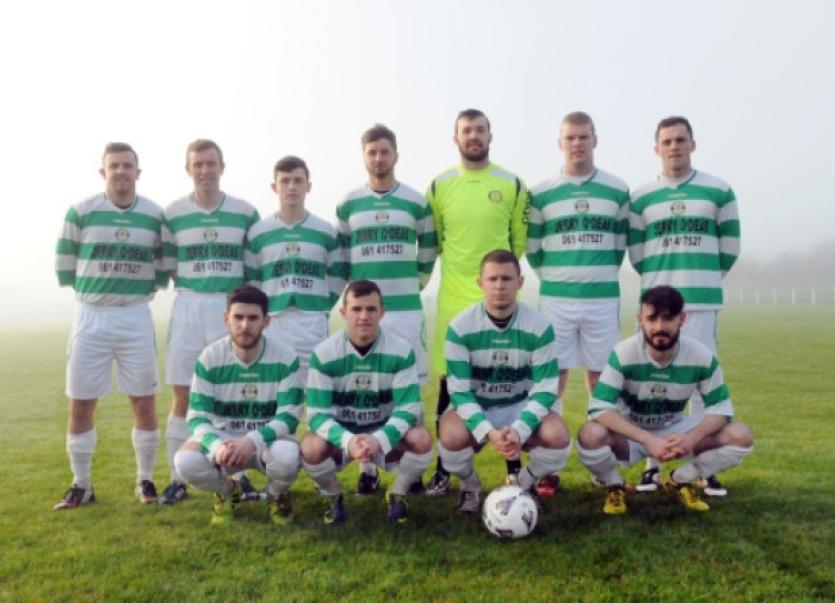 ONE team of Hoops will link with another tonight, as Pike Rovers unveil a partnership with Scottish soccer giants Celtic FC.

ONE team of Hoops will link with another tonight, as Pike Rovers unveil a partnership with Scottish soccer giants Celtic FC.

The Scottish champions have signed a deal with one of Limerick soccer’s most successful outfits, Pike Rovers.

It means Celtic will have first refusal on any player to shine while playing for Pike Rovers, based in Crossagalla.

This evening, there will be a special reception at the clubhouse to welcome representatives of the one-time European Cup winners to Limerick.

Damien Quinlivan, schoolboy soccer coordinator, thinks the various age-group teams are in a good shape at the moment, with the senior group making it to the last 32 of the FAI Cup two years ago.

“We have a team which we think is good enough at any age group,” he confirmed.

Next summer, Celtic will welcome a group of youngsters to Parkhead to show them how the club works.

“We send them over for a week, and they will eat and train like professional footballers, and show the kinds of sacrifices that need to be made,” explained Damien.

The link between Pike Rovers and Celtic can be traced back to its formation in the Mulgrave Street area back in 1938. At the time of their formation, they were presented with the iconic green hooped shirts by staunch Celtic fan Peter McAleer, which the club have worn to this day.

But following recent success at various soccer levels, representatives of Pike Rovers were sounded out by Celtic’s scouting network to have a meeting in Dublin.

At tonight’s reception - which kicks off at 7pm - Mayor Kevin Sheahan will be in attendance with fellow councillors Joe Leddin and Jerry O’Dea. Damien says the link up with Celtic gives the club’s youngsters something to aspire to.

“It is great for Pike Rovers kids to look to it as an opportunity. It is something that can motivate them,” he concluded.