Don’t Mind Me: Red tape be damned... I’m on the road again 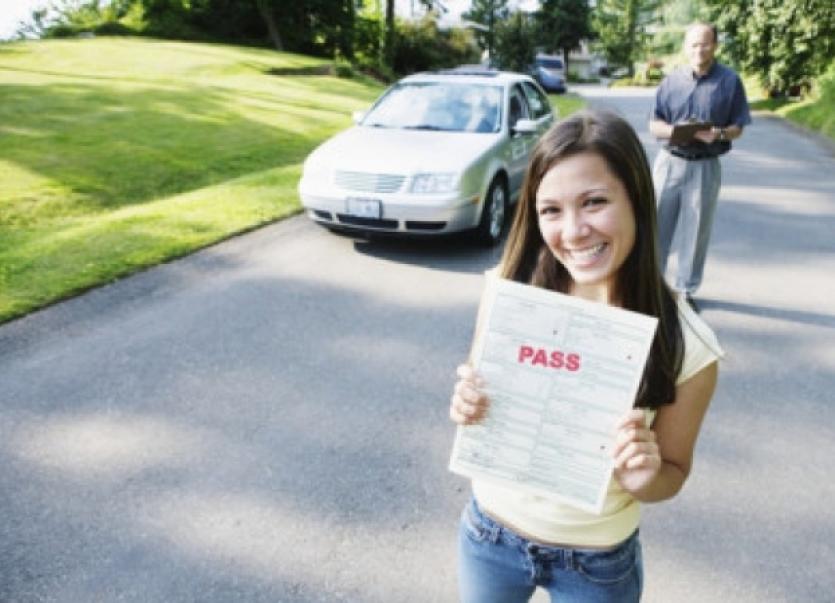 DESPITE a life long aversion to red tape, I have come to the conclusion that the establishment of the National Driving License Service (NDLS) was a great idea. It makes me feel more secure. Short of a body frisk and being interrogated on the workings of the internal combustion engine, I couldn’t have been more thoroughly checked out than I was when I went to renew my licence last week.

DESPITE a life long aversion to red tape, I have come to the conclusion that the establishment of the National Driving License Service (NDLS) was a great idea. It makes me feel more secure. Short of a body frisk and being interrogated on the workings of the internal combustion engine, I couldn’t have been more thoroughly checked out than I was when I went to renew my licence last week.

Believe it or not, this sense of security was a great comfort to me, because ever since I first got a licence, I’ve been paranoid about it. I’m terrified that I’ll lose it somewhere, and nobody will believe me; or that it might be stolen from my handbag and someone will duplicate it and accumulate enough penalty points to have it withdrawn altogether.

There is no Latin word for this phobia, but I presume it’s based on the fact that the licence was so hard won in the first place. I had to do the test twice, having gone down the first time for ‘failing to make progress’ – which is still a bit of a mystery to me because you have no idea how much I had progressed after spending a small fortune on driving lessons. In the end I had to admit my inadequacies and turn for help to a different instructor, an old friend who runs a driving school, Donie Ryan, the father of Donal, the award winning novelist. He got me through, but it was such an incredibly demanding task that when I first opened “The Spinning Heart” years later, I said to myself: “God, I hope I’m not in here somewhere.”

But I digress. All that was ten years ago, and when I got notice from the NDLS a couple of weeks ago, that my licence was almost up, I couldn’t believe it. Where did those ten years go? The shock was quickly followed by a fit of panic, when I realised that a quick trip to the County Council motor tax office would no longer suffice. “Will I have to do the test again?” I groaned. I remembered reading somewhere some time ago, a call for all drivers to be tested every few years. For me, the glass is always half empty – although usually I find that I’ve emptied it myself.

Anyhow it transpired that the law hadn’t changed and I could renew my licence without having to recall how to reverse backwards around a corner without hitting the kerb, swearing like a sailor, or ending up in the middle of the road.

Then I remembered something else I had read about those new NDLS centres. Reportedly the queues stretch for miles at the centres and I would be advised to book a slot online, or risk having to bring a sleeping bag with me. I took a chance, thinking that there couldn’t be that many applicants in a small provincial town on a Friday morning. What I didn’t know was that people from larger centres of population are descending on our little town and clogging up the system in an attempt to beat the queues.

Anyhow, I arrived at the centre early, armed to the teeth with enough identification to arouse suspicion in even the most unsuspecting official. I even brought my marriage cert, which was just as well as it transpired. Several people were there before me waiting for their ‘slots’ and there were a few like me who were chancing their arms. One woman had come an hour early so that she wouldn’t miss her slot. “How am I to know when there’s an empty slot?” I asked. “When the lady calls ‘next’ instead of calling a particular name,” she replied. Doh! It made complete sense, except where was ‘the lady’?

“Behind the curtain,” said the woman, impatiently.

When a few slots had been filled, the voice behind the curtain called ‘next’ and I jumped up, only to be confronted by a man who had been there before me and had no slot either. Somewhat deflated, and very anxious to get the licence fast before the law changed and I had to do a test, I took my seat again among the slotted, and checked my application form – I’m paranoid about forms too.

“You’ll have to fill it in again,” said the woman with the slot. “You can’t use a blue biro. Use a black biro,” she said, pointing to the instructions.

I had just finished filling in the second form when the call came from behind the curtain. “Typical,” said the woman beside me. “I go to the trouble of booking online and you get served before me.”

Behind the curtain, my identity nearly caused a crisis. My passport read ‘Mary Patricia’ and my old licence said ‘Patricia’. Which name did I want? And my utility bill gave my address as County Clare, while my passport said County Tipperary? Which was it? “We’re on the border,” I explained, “but the Post Office is in Clare.”

There was worse to come. The name on my social security card was Patricia Kent, while my driving licence application was for Patricia Feehily. “My husband is Kent and I’m Feehily, but Social Welfare back in the 1970s refused to recognise my progressive attitude – a bit like the driving tester – and changed my name,” I said desperately.

“Sorry, she said, “but I’ll need proof of your PPS number.”

At that, I delved into the bag and brought out the marriage cert, and everything was hunky dory. The lady took my photograph, which, because of my flustered face and furrowed brow, looked quite hideous. But I’m not bothered. I’ll have the driving licence in two weeks, I was told.

And I needn’t worry anymore about anyone stealing my identity, because it’s so bloody confusing.