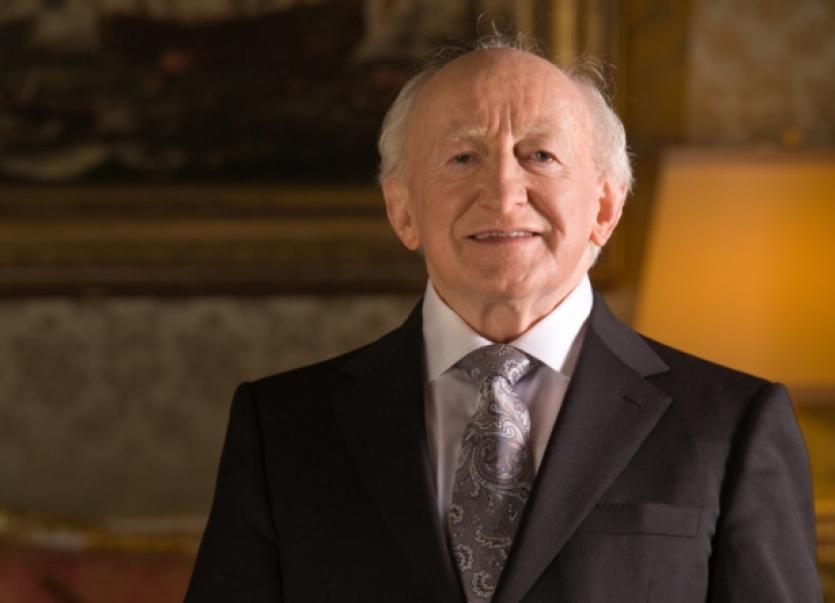 COMEDIAN Oliver Callan’s depiction of President Michael D Higgins is becoming “more and more toxic” according to the abbot of Glenstal Abbey, Mark Patrick Hederman who has admitted that he was a victim of bullying in the past.

COMEDIAN Oliver Callan’s depiction of President Michael D Higgins is becoming “more and more toxic” according to the abbot of Glenstal Abbey, Mark Patrick Hederman who has admitted that he was a victim of bullying in the past.

Abbot Hederman who is a friend of the President, made national news this week after he penned an opinion piece on the Sunday Independent newspaper in which he said the “lampooning of our President, his wife and his assistant can no long pass as entertainment”.

Speaking to the Leader this week, Abbot Hederman explained that his main grievance was with a picture published on the front of the Sunday Independent’s Life magazine the week before Christmas in which Oliver Callan was depicted as President Higgins. In the picture, Oliver Callan is on his knees with two people on either side of him who are playing the role of his wife, Sabina, and his executive assistant, Kevin McCarthy.

“Oliver puts shoes at his knees to pretend he is a dwarf - now that is not a politically correct word. That was the week before Christmas. What it shows children is that this kind of bullying is acceptable while are we are trying to cut out of all that in school and on Facebook,” said the Benedictine monk.

“The other part has Kevin McCarthy and they cut off Sabina’s head because she is too tall. It’s innuendo about the whole family and about his relationship with his personal assistant. All of that has a kind of a toxic air to it,” continued Abbot Hederman.

While he pointed out that some of the comedian’s work “is magnificent” including a sketch on the Queen’s visit - which he said was “good fun” - to attack personal aspects of an individual “is hurtful, damaging and insidious.

“There is a line here,” noted the abbot, “a line that can’t be crossed. People who are as gifted and as talented as those comedians are should respect that line. Once they go over it, they may be entertaining people and giving them tremendous opportunities to belly laugh but their responsibility is not to go into the area of personal damage, especially with people who are supposed to be doing a job for us on the front line.”

The abbot, who is head of the Benedictine monastery in Murroe, said he hasn’t spoken to the President about the matter. The president - who has been a regular visitor at Glenstal Abby, Abbot Hederman said “wouldn’t dream of mentioning it”.

“It would be humiliating,” he pointed out, adding “I’m going on what I know about anybody being bullied and what I would feel myself if this was me.

Speaking on the issue on the Sean O’Rourke radio programme on Monday morning, Oliver Callan said that in a week when satire was a huge talking point around the world in light of the Charlie Hebdo massacre in Paris, it was “petty” for the abbot to criticise him for just mentioning President Higgins’ height in his sketches. The comedian revealed that he himself had been bullied in school.

“That is why Oliver is as sensitive as he is and that’s why he is so brilliant but his being bullied at school is no excuse for bullying other people. It doesn’t work that way,” Abbot Hederman told the Leader this week.

When asked if he had experienced bullying himself, Abbot Hederman replied: “Of course I have - I don’t think there was a person in Ireland in the 1950s or 1960s that didn’t experience bullying.

“My life was a very privileged one,” he noted. “I never went to school at all until I was nine and so when I got to school, I couldn’t believe that the other children were so childish. I had been living with adults all the time so it was a completely new situation for me and therefore other people found me very, very peculiar. It took me about two years to get them all into order so during those two years there was a bit of a battle but after that I managed to persuade them all,” he smiled.

Abbot Hederman explained that before students attend Glenstal Abbey, they can experience a one night “live in” situation to see if they will be suited for boarding school.

“We can identify almost immediately those children who are going to be bullied in a boarding school and they should not ever go near a boarding school. For people who love being with 20 other people and love playing rugby and being in groups it’s great but if you are a loner and you want to be on your own - you should never go to a boarding school - there are horses for courses.

“At any level in any business, anywhere, people can be harassed or bullied. If you find a weak point or a poison that you can jab into them then life is made miserable and it’s a cause of suicide”.

Abbot Hederman explained that the staff at Glenstal provide feedback to the parents on their child’s overnight assessment “or they would say it to you, the children”.

“They are 11 years old at that stage and they would say: ‘I would never come to this place’. They know this is about their future and children nowadays are much more ready to assess the situation than they would have been in the past. You have got to respect that each person is different. Every child has their own journey to make.”