Don’t Mind Me: ‘Reluctantly, I mihgt have to move to Clare’ 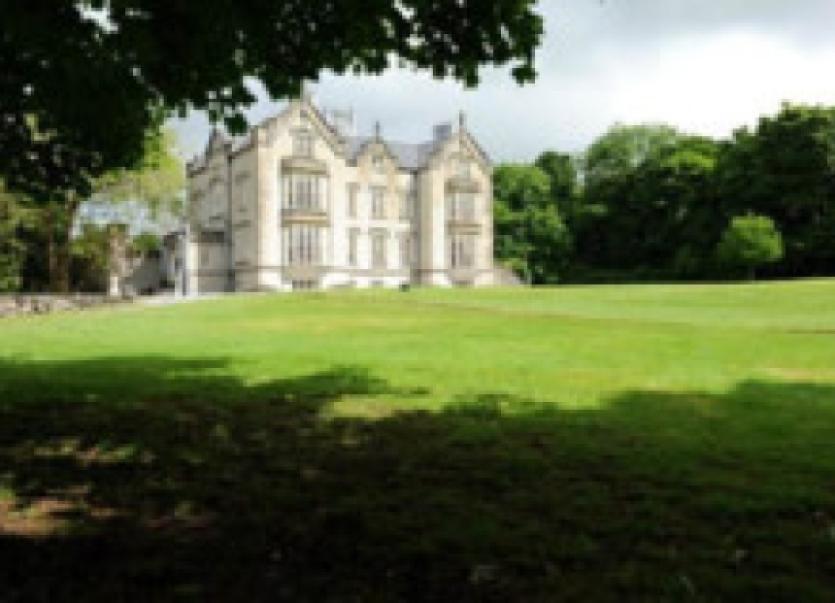 WE paid the property tax the other day, with great reluctance and no good grace, I have to add. We should be immune to the pain by now, but it was worse than having a tooth extracted in the time honoured way by tying it to the bed post and taking a quick jump backwards. Sometimes I think we need an anaesthetic to kill the pangs of what is beginning to look like money down the drain, with little to show for it.

WE paid the property tax the other day, with great reluctance and no good grace, I have to add. We should be immune to the pain by now, but it was worse than having a tooth extracted in the time honoured way by tying it to the bed post and taking a quick jump backwards. Sometimes I think we need an anaesthetic to kill the pangs of what is beginning to look like money down the drain, with little to show for it.

The water tax is this year’s big story, I know, but I still think that the property tax is set at too high a rate for some people and, like the water tax, should be made more affordable now that we’re more or less out of the woods. It certainly hurt some of us a lot more this time because we, the unhappy denizens of the premier county, had to watch our nearest neighbours in Clare and Limerick enjoy discounts of 15 per cent and three per cent respectively, on their levies. I don’t know why our own local representatives were so tight fisted, but this kind of discrimination will do nothing for morale in Tipperary or for good neighbourliness either, especially with the hurling season getting underway as well. We’re feeling hard done by, to say the least!

We don’t really begrudge Limerick the three per cent cut, but if we had the 15 per cent they got across the river in Clare most of us would have had an extra €34 euro in our pockets. If the house was worth a million, we’d have saved €400 or so, which should be enough to provoke a severe outbreak of class envy among those of us with low and average valuations, not to talk of those living on the wrong side of the county bounds.

But it’s not the money so much as the principle that’s bothering us. Why are we being subjected to geographical discrimination? Why is ours a high tax economy, while down the road they’re getting tax discounts? If we had any pride we’d have waged war by now!

The really galling thing, however, is that we’re getting nothing extra for having to fork out the full whack in the property tax. If anything we’re getting less. The roads and other essential services in Limerick and Clare are now in much better condition than those in Tipperary. I don’t know what they’re doing with all the salt they’ve accumulated, but it certainly wasn’t used to de-ice the Tipperary roads I travelled during the recent frosts. I’ll be very cross altogether if I learn that Limerick got it all.

There is, I know, a lot of good money, presumably from property tax receipts, being diverted to the prettification of towns and villages and to making them more user-friendly for pedestrians and cyclists, and at the same time almost impassable for motorists. In some towns, carriageways are now so narrow that two cars can’t pass without losing their wing mirrors. It has taken the County Council a whole year to erect a few yards of a fancy wall in Ballina and you’d think it was the Great Wall of China they were building, so painstaking was the task. I just hope it didn’t eat up all last year’s property tax receipts.

But even all that doesn’t explain or excuse the unfairness of the different rates of property tax that now prevail form county to county. It isn’t as if we Tipperary folk were less compliant than our neighbours when it came to paying up. By October, 2013 we had reached a 91 per cent compliance figure in both North and South Tipperary – which were then separate authorities and which have since been merged – while Limerick City and County were at 89 per cent and 90 per cent respectively and Clare was at 90 percent. If there was any justice we should have got a bigger discount than either of them.

The bottom line is that I was never a big fan of the alien county system of administration anyway, and I believe it would have been abolished long ago if it hadn’t been reinforced by the GAA at the end of the 19th century. The autonomy of the councils has been eroded to a ridiculous extent and as far as I can see the only real power they now have is to dish out discounts for the property tax. My big concern is that if this kind of tax discrimination continues, it will provoke an exodus of residents from the premier county, and if we don’t do something about it fast, we won’t have enough people left to field a decent hurling team.