An island of scholar and not saints? 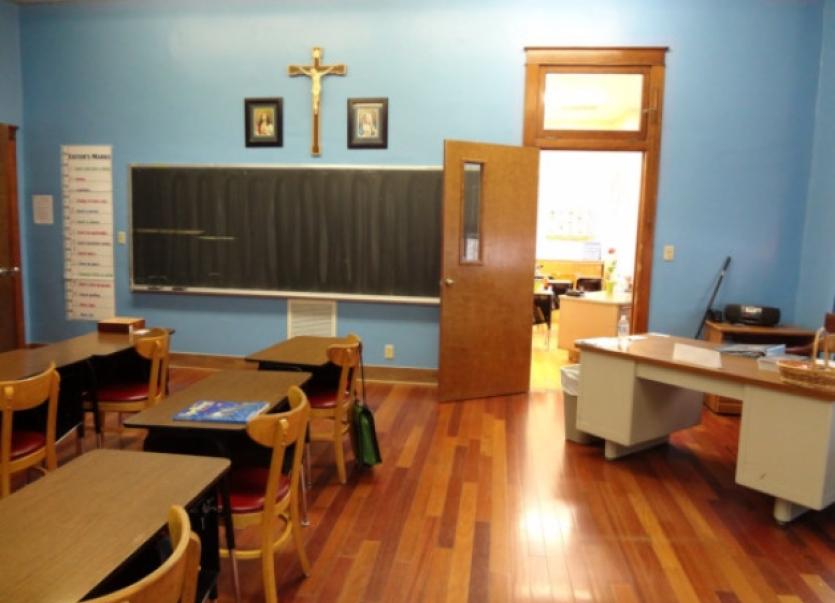 YOU’LL think I’m obsessed by education. If I’m not ranting at Ruairi Quinn’s increasing torrent of classroom innovations, I’m looking back on my own schooling with a mixture of laughter and tears. I still can’t make up my mind whether I was enhanced or damaged by the process. I was lucky to survive, I suppose, because it was the era of corporal punishment when you could be beaten to within an inch of your life for using a fountain pen with a bockety nib. It was called blotting you copybook!

YOU’LL think I’m obsessed by education. If I’m not ranting at Ruairi Quinn’s increasing torrent of classroom innovations, I’m looking back on my own schooling with a mixture of laughter and tears. I still can’t make up my mind whether I was enhanced or damaged by the process. I was lucky to survive, I suppose, because it was the era of corporal punishment when you could be beaten to within an inch of your life for using a fountain pen with a bockety nib. It was called blotting you copybook!

Anyhow, if you don’t mind, I’m back on the education bandwagon again this week because the Minister for Education has put forward the view during the week that the time spent teaching religion in primary schools might be better used to improve literacy and numeracy skills. I’m appalled. That would have been regarded as heresy in my day. But my day is gone, and so is the Island of Saints and Scholars. In Ruairi’s book, it’s either saints or scholars. We can’t have both, and Google would prefer if we picked scholarship. For all we know the multinationals may have been whispering in the Minister’s ear about the effects of the ‘opium’ on the workforce.

Nevertheless, I would have thought that even now the mere suggestion of downgrading religion on the school curriculum would have raised the hackles of the nation. The proposer might even have been burned at the stake and I’d really have something to write about. Not a chance.

Naturally, I don’t agree with the suggestion. I’m finding it hard to agree with anything the Minister is doing at the moment. My faith is a personal thing, but while I’ve forgotten the seven deadly sins that I once learned off by heart at school, I certainly wouldn’t want to see my grandchild educated in a system that ignored one of the most universal and timeless needs of humanity – the need to believe in something greater than  itself.

Religion should continue to be offered on the primary school curriculum so that every parent who wants his or her child to avail of it can do so. There’s no point talking about special Sunday school put on by the parish for the kids of believers. It would eat into the time dedicated to hurling and football practice.

Religion is every bit as relevant to the human experience as language, literacy, numeracy and history. Instead of reducing, or eliminating the time given to studying it, the subject should be widened to include a respect for all religions, all beliefs and non beliefs as well. Catholic run schools should continue preparing children for the Sacraments - even if we have turned the Sacraments into glamour occasions - because education is as much about building moral fibre as it is about providing fodder for industry and commerce. We wouldn’t, though, want to return to the righteousness of my day when we became so devout from learning the catechism that we thought it necessary to collar a young fellow, whose parents were non Catholic, and take him to down to the river where we baptised him ourselves for fear he might go to hell when he died.

Now if I may be allowed to make an even more irreligious proposal to that propounded by the Minister, let me suggest that if primary schoolteachers find that they haven’t enough hours in the day for extra classes in numeracy and literacy, maybe they should consider taking a few minutes from the four hours a week spent teaching the Irish language, which does little for our literacy or numeracy problems, and, as far as I’m concerned, nothing at all to enhance our chances of getting into Heaven. You won’t find Ruairi Quinn making a suggestion like that for fear he’d really be burned at the stake of nationalistic fervour.

On the other hand, if the Department of Education really wants to improve the literacy and literary skills of primary schoolchildren, I can’t think of a better way of doing it than by encouraging them to read the Bible. While my own first reading experience revolved around the ‘penny dreadfuls’ of the day,’ the Dandy’ and ‘the Beano’, my first real literary encounter was with the Bible, which we read from cover to cover in preparation for Confirmation in the National School in 1959. That was where I first became acquainted with allegory and literary style, as night after night, I read the most fantastic stories that transported me into the lions den with Daniel and from there into the belly of the whale with Jonah, and on to Mount Ararat with Noah’s Ark. I marvelled at the burning bush, the return of the prodigal son and Joseph’s coat of many colours, and to this day my favourite piece of writing is the Book of Ecclesiastes.

If it hadn’t been for the half hour religion class every day, my education would have been seriously lacking indeed.