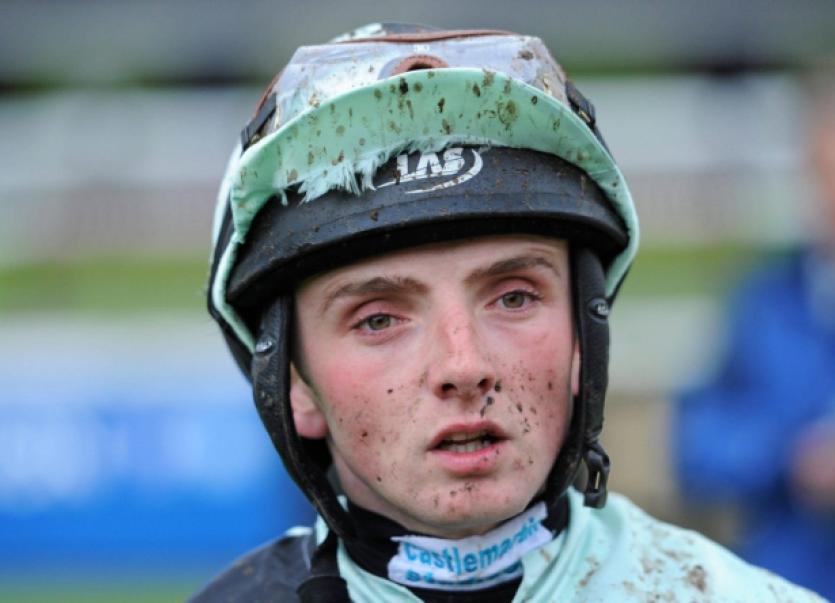 Chris Hayes really is the man of the moment. With almost two winners nearly every week this season, he topped it off with an exceptional Group 1 success in the Coolmore Fusaichi Pegasus Matron Stakes at Leopardstown last Saturday.

Riding La Collina for his boss Kevin Prendergast, Hayes gave the daughter of Strategic Prince a tremendous ride throughout, settling the four year old in mid division before making his move to challenge the leaders a furlong out, and staying on well in the closing stages to land the prestigious Group 1 by half a length.

The Prendergast inmate returned at an SP of 25/1 and I hope those of you who are regular followers of the Shanagolden jockey were lucky enough to have availed of this massive price. A clearly emotional Hayes commented afterwards: “I can’t believe it.

“The filly has never been as well. She’s the best she ever was. She did a brilliant bit of work on Tuesday. The boss said keep it simple and keep her handy. I’m 10 years with the boss in November and I’m delighted I can repay him. This is what you get up in the mornings for. She has been consistent all year.”

Hayes had already gotten off the mark earlier on in the week at Gowran Park last Wednesday where he took the Kilkenny Handicap over seven furlongs aboard the Shane Donohue trained Last Minute Lisa.

The 26-year-old also followed up on this victory the next day at Clonmel where he guided the Paul Deegan trained Flawless Filly to victory in the My Canine Companion Handicap over a mile and a quarter.

Hayes gave the daughter of Clodovil a positive ride throughout dictating the pace in front and staying on well in the final furlong to keep her head in front by five lengths from Little Arrows. It was the 7/1 shot’s second career win having previously won in Ballinrobe two weeks ago.

Hayes later explained “She should be three from three only for jockey error. I got caught asleep on her at Killarney the last day. Joseph O’ Brien went to the front but we only hacked and Paul (Deegan) said not to get caught out on her today. If the handicapper isn’t too hard on her she should win again.”

Hayes was not the only Limerick jockey gracing the winner’s enclosure last week as Ballingarry jockey Billy Lee took the Irish Stallion Farms EBF Petingo Handicap over a mile and three quarters aboard the Champion National Hunt trainer Willie Mullins’ Pique Sous at Leopardstown on Saturday.

With a big field of 18 going to post for the contest, the 10/1 shot chased the leaders throughout before hitting the lead one furlong out, and staying on well to take the event by an easy three lengths from Jack Daddy. Mullins commented afterwards “Billy thought there wouldn’t be much pace on so I said to be up there. He rode his own race and he was very confident on him for a lad that hadn’t ridden him before.”