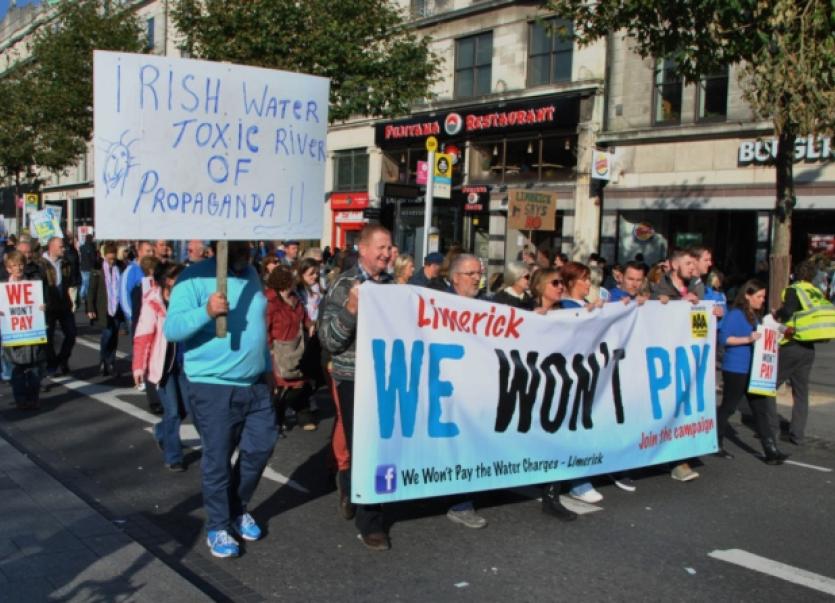 LIMERICK is to play host to its own anti-water charges march later this month.

LIMERICK is to play host to its own anti-water charges march later this month.

A big crowd is expected to gather at City Hall on Saturday, October 25, for a local protest against the charges which came into force this month.

The march is being organised by the Anti-Austerity Alliance’s ‘We won’t pay’ campaign, and will kick off at 2pm from City Hall.

It comes hot on the heels of a demonstration in Dublin, which drew an estimated 100,000 people.

One of the organisers, Cllr John Loftus, AAA, said: “Hundreds have been at meetings across Limerick and we have seen anti-meter protests popping up right across the city. Together with the victory of the AAA in the by-election, this should give people the confidence to hold firm and refuse to pay this unjust charge.”

A similar protest is being planned in Limerick on November 1.