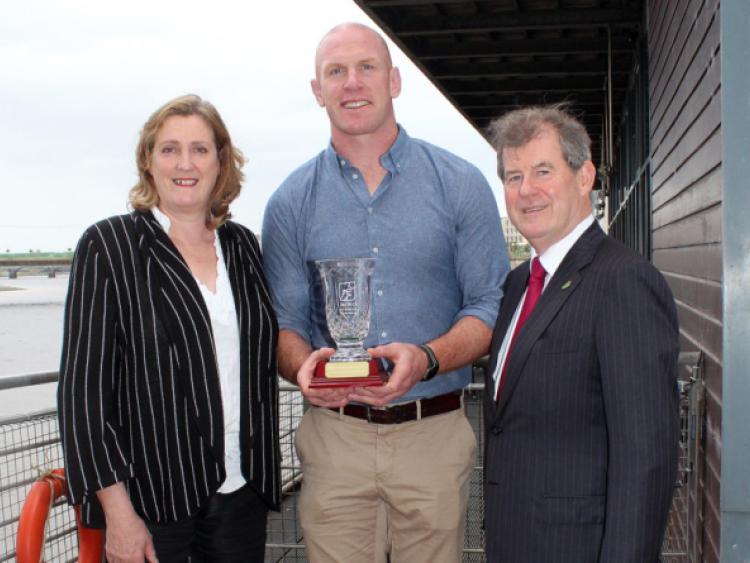 IF the Irish rugby team can match the heart and drive shown by the Team Limerick Clean-up endeavour then a huge World Cup performance is on the cards this autumn!

IF the Irish rugby team can match the heart and drive shown by the Team Limerick Clean-up endeavour then a huge World Cup performance is on the cards this autumn!

Ireland rugby captain Paul O’Connell says that while the national team haven’t always performed to their potential in World Cup tournaments, when they do, they can match the best of the best.

“New Zealand are always favourites for the World Cup but we showed two years ago that when we do perform that we can compete with them,” said the Munster rugby legend this week.

“It would be nice to go out on a high - we haven’t always performed to the best of our ability at World Cups. This will be my last one, most definitely. It would be just great to play to our potential and whatever that brings,” he added.

The talisman was speaking at the Clarion Hotel this week where he and members of the TLC committee accepted the Limerick Person of the Month award on behalf of the 10,054 men, women and children who gathered from what seemed like every nook and cranny in the county and city to pick up litter in their area on April 3 last, Good Friday.

Paul took time out from his World Cup training schedule to attend the award presentation with JP McManus, Helen O’Donnell and other TLC committee members. “We were in camp in Carton House last week. We are all in our home training venues for this week and then we are back into camp for the next three weeks – a half a week on and a half a week off. We are in Galway next week,” he explained.

“At the moment, the big focus is on the first four tests we are playing in August –really big games and hopefully we can develop something there and keep improving.”

Just last month it was revealed that the second-row had put pen to paper to sign a two-year contract with the all-conquering French club, Toulon. The 35-year-old will retire from international rugby following the World Cup and head to France following the tournament.

“That is a good bit down the track yet so I’m not really too focused on it - the World Cup has always been a big target of mine and a big part of my training for the last two years - that’s the big focus at the moment - we will see what happens after that,” he said.

And while his young son Paddy, 5, is receiving lessons from a foreign language tutor before the big move, Paul might have to wait until he is on the Côte d’Azur before he puts a polish on his Junior Cert level French.

“Hopefully I will pick something up,” he smiled before saying that he hadn’t yet listened to the Gift Grub sketch on Today FM – which features the main man himself, Ronan O’Gara and Johnny Sexton as Paul wastes no time embracing France, its language and its delights, much to the surprise and dismay of his Irish team-mates.

“A lot of people have said it to me and I know that Mario [Rosenstock] is very good so I must have a listen to it,” he smiled.

What he has seen however, is the giant tribute in his honour which was unfurled above the Brown Thomas department store in the city centre last week. The banner - with the message Limerick born and red - #ThanksPaulie’ - was unveiled as a “token of appreciation” to the departing rugby player.

“It’s incredible,” said Paul of the banner which measures 33m long and 10m high and has already been the backdrop for countless photographs and selfies. “I didn’t know anything about it. I was blown away by it and on Twitter I have had some lovely messages so I really appreciate it and thanks to Limerick Council for doing it,” he said.