There is no such thing as bad publicity 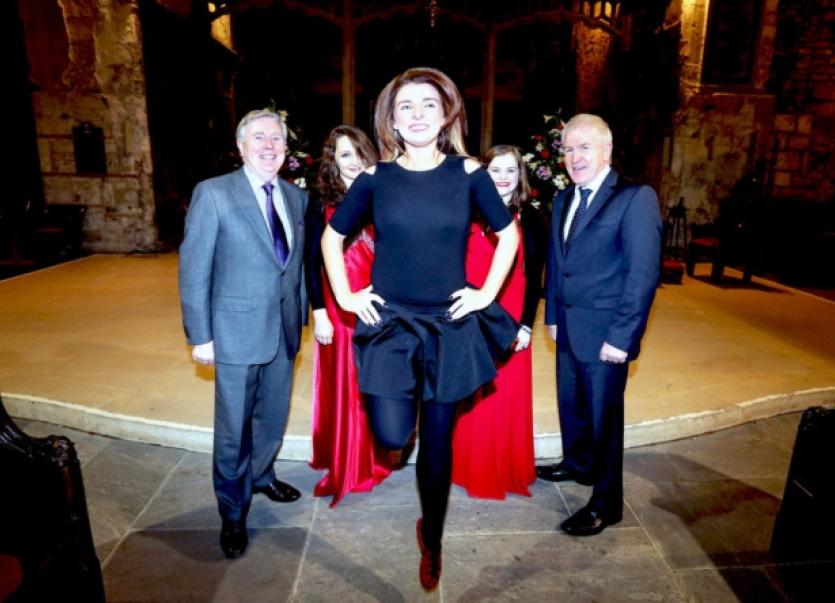 I’M working under a met office amber alert as I write, and as I intimated in last week’s column, that’s enough to completely unnerve me. Nevertheless, I can’t ignore the birth pangs of the country’s first ‘National City of Culture’ project any longer, though I must tread warily for fear of being hit by a bit of flying debris.

I’M working under a met office amber alert as I write, and as I intimated in last week’s column, that’s enough to completely unnerve me. Nevertheless, I can’t ignore the birth pangs of the country’s first ‘National City of Culture’ project any longer, though I must tread warily for fear of being hit by a bit of flying debris.

Limerick people are unduly sensitive, and nobody knows that better than me, coming as I do from behind enemy lines in Tipperary, where we’re so thick skinned that we were actually chuffed back in the 19th century to have been painted as the crime capital of the British Empire. I don’t even know if we were ever re-branded.

Anyhow, I’d better watch my steps now. Some people would describe this trepidation as journalistic cowardice on my part. But the fact is that when it comes to culture, I’m of the same mind as the poet Paddy Kavanagh who suggested that “culture is always something that was, something that pedants can measure . . .” That, I suppose, puts me on the side of the philistines, but I honestly don’t know where I stand at all when they mix culture, bureaucracy and commercialism - with an upcoming local election on the palette as well – as they did in Limerick over the past few weeks.

First, let me say that in my book anyway, the term ‘city of culture’ is a bit of a superfluity. All cities are centres of culture, and surely it shouldn’t require €6 million of public money to emphasise the cultural attributes of any particular city for just one year.

Secondly, apart from personal disappointment for many key players in the city of culture project, the traumatic birth of the year is not a great tragedy for Limerick, as some have suggested. There’s nothing like a bit of turmoil to spark intense interest in any event. A smooth start would have bored us to tears. The publicity is priceless. Is there anyone, anywhere now, who hasn’t heard of Limerick City of Culture? Mark my words, there won’t be a bed left in the city come the tourist season. And according to at least one member of the city of culture board, that’s the bottom line. Or is that the line that Pat Cox now wants to draw under everything that has happened, before they start all over  again.

If the latter is the bottom line, then I do have a problem with the way “the process” of public recruitment can be dismissed when it suits those in authority or when they’re caught for time. You can’t draw a line under that. The Minister for Finance, Michael Noonan says that ‘the process’ is killing the country, and sometimes decisions have to be made. Presumably then, the Irish psyche is still harbouring a fondness for old world cronyism, sometimes euphemistically known as ‘head-hunting’, and that wouldn’t surprise me one bit. But if that’s case, why then do young teachers in temporary whole time positions throughout the length and breadth of the country have to suffer the indignity, not to talk of the stress, of seeing their jobs publicly advertised every year. If they’re lucky they’ll get an interview where they’ll be asked to prove their suitability to be appointed for another year to a job in which they have already performed efficiently and well, and sometimes superbly.

‘The process’ may be killing the country, but it’s all we have to protect us from ourselves. Certainly it can sometimes be quite bizarre. I knew a young applicant some years ago, who answered a public advertisement for a job as a temporary clerical officer with Limerick Corporation. She was called for interview and despite having a Masters degree, she didn’t get the job. I heard that it went to someone who was already in the same job, which had to be advertised because it was temporary. Anyhow the disappointed applicant had been stumped by one question from the interview board – the meaning of the words “Urbs Antiqua Fuit Asperrima Belli” on the city’s coat of arms. It was of course “an ancient city well versed in the arts of war”, but I’ll bet Patricia Ryan wasn’t quizzed like that when she was interviewed by the manager for the job of city of culture CEO.

Unfortunately I missed the launch of the Limerick City of Culture year, but I’m sure I’ll get many chances to make up for it during 2014. I spent the first minutes of the New Year watching the spectacular launch of the Brian Boru millennium in Killaloe. I can’t for the life of me see why the two events can’t be combined, seeing that Brian was the man who liberated Limerick city from the Vikings.

Or am I getting my cultures confused again, like the venerable Micheal O’ Muircheartaigh who, when asked by a national newspaper for his ‘big hope’ for 2014, replied: “That Dublin wins the double, because I think it would be a fitting way to mark the 1,000th anniversary of the Battle of Clontarf and the death of Brian Boru.”

Hang on a minute, I was always under the impression that Dublin, and Leinster, lost at Clontarf, and a more fitting tribute would be a double for Clare or Limerick, or even Tipperary, where the Dal Cais also ruled. But then, as Homer’s ghost once whispered to the already mentioned Paddy Kavanagh, ‘gods make their own importance’.