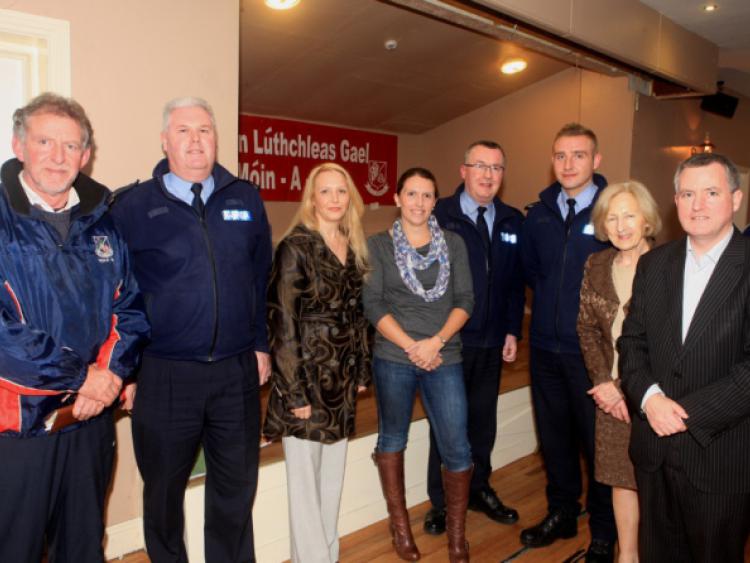 IN response to ongoing youth anti-social behaviour in the suburban Limerick estate of Monaleen, more than 70 households came together to launch their new neighbourhood watch scheme on Tuesday night.

IN response to ongoing youth anti-social behaviour in the suburban Limerick estate of Monaleen, more than 70 households came together to launch their new neighbourhood watch scheme on Tuesday night.

According to the local Garda liaison officer, Jean McAdam Clarke, “frustrated” residents from Cherryfield, Oakfield, Beachfield and Thornfield expressed concerns over weekly congregations that have been disrupting the area.

Since 2012, youths aged between 15 and 17 have been dropped off in the Newtown area and have been causing frustration, according to Ms McAdam Clarke.

She said they have been accessing the Beachfield estate via the back fields along the Monaleen Road, where they can “easily access and easily escape”.

“Residents living there said at the meeting that it has happened at the same time every year, between September and October, and it seems to die down around November. But now it has happened at a much bigger scale. There are congregations of around 60 to 70 youths, some of whom are from the local area, but most would be from other places like Lisnagry and Ahane, and being dropped into the area by their parents.

“Individually, I am sure they are lovely kids, but when they all group together, they seem to be bolder and more daring. On a serious level, there have been a few shed thefts, but usually they would be throwing hangers, yoghurts and eggs and everything off houses. It has occurred that if anyone stands up to them, especially alone, that things start to transpire and they end up being the target for the next weekend, where they will kick their doors amongst other things,” she told the Limerick Leader.

She said that the local residents, who represent 120 houses in the catchment area, feel “that there is a lack of ability to do anything, and it seems that everyone has their hands tied up”.

However, Ms McAdam Clarke said positive results have come about since the neighbourhood watch pitched their scheme to gardaí. She also commended local garda Tony Carmody for his work in the campaign.

“When the neighbourhood watch got involved and notified the gardaí, they prioritised the area and they have responded favourably ever since. Last weekend was even our quietest weekend since the start of September.

“Garda Tony Carmody has been a huge help in our campaign. I have been keeping him up to date and we have been making good contact with each other. He has been the one responding to the cause in our area and he is just so straight out about it,” she praised.

She said the group will be walking around the area on Halloween night. The scheme has also incorporated a text alert system for concerned locals.