Speed limit to be extended at busy County Limerick junction 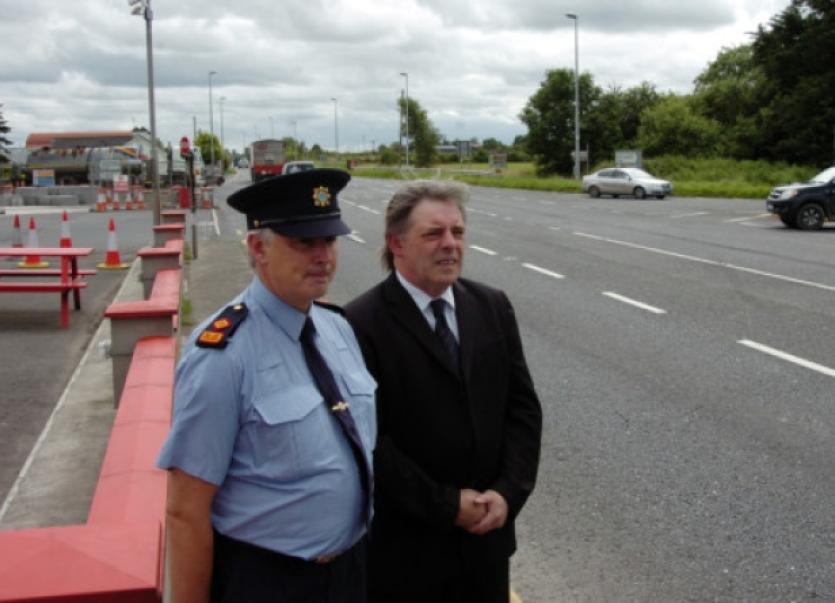 THE green light has been given by the National Roads Authority for an extension of the 60km speed limit at O’Rourke’s Cross, Bruree.

THE green light has been given by the National Roads Authority for an extension of the 60km speed limit at O’Rourke’s Cross, Bruree.

The move follows months of campaigning by the most senior garda in the area and local councillors who have raised numerous concerns about safety at the junction which is located on the main Limerick to Cork road near the village of Bruree.

“It will greatly enhance the safety at the junction,” said Superintendent Alan Cunningham of Bruff garda station.

“All the agencies are working together to endeavour to do what they can in terms of road safety and we welcome the move by the NRA to move the speed limits out.”

Earlier this month, Supt Cunningham explained how he had requested the expertise of the garda forensic collision investigation team as he felt they were “best placed to go out and give me guidance in relation to what might be best for O’Rourke’s Cross”.

Supt Cunningham told local councillors at an area meeting in Kilmallock that he had written personally to the NRA and had instructed a number of garda forensic collision investigators to examine the cross and to give their observations on it.

Supt Cunningham felt that the sign at the Limerick side of the junction, in particular, is too close to the petrol station. “If a lorry is driving there and it is doing 80kmph or 100kmph and a car turns left into the junction at the garage, there is only 20 yards at the very most and the breaking distance wouldn’t allow for them to be able to stop, ” he explained.

Speaking this week Cllr Mike Donegan said he welcomed the decision by the NRA to extend the speed limit. The Kilmallock-based councillor pointed out how many individuals travelling into Limerick have been taking alternative routes due to their concerns for safety at the junction.

“There were a lot of people complaining about it – some of them wouldn’t even travel that route. During the summer there is a lot of farm machinery crossing there with the Farm Relief Services and Declan Geary’s garage nearby. A lot of it would be slow moving machinery so thankfully there have been no serious accidents there,” he added.

Cllr Donegan noted how at a previous meeting it was revealed that a survey conducted over half an hour showed that 89% of motorists broke the speed limit at the junction. “The garda pad is in place now as well. Once the speed limit has been extended out to 100 metres at either side, the council have given a commitment that they will look at the signage and the road markings. Our goal is to make the junction as safe as possible. It is on the main Limerick to Cork road and it is the main link also between the two main towns in County Limerick, Kilmallock and Newcastle West. It’s a busy intersection,” said Cllr Donegan who thanked those involved in getting the speed limited extended including the NRA, the council road staff, local engineers and Supt Cunningham. “Without them all, it wouldn’t have been accomplished,” he said.

Paul Crowe, direction of Travel and Transport with Limerick County Council, explained that the bylaws governing the speed on the road will have to be amended.

“The position is we will be advertising it and there will be a period for comment from the public. We assess those as we get them and the matter will go before the full council,” he said.