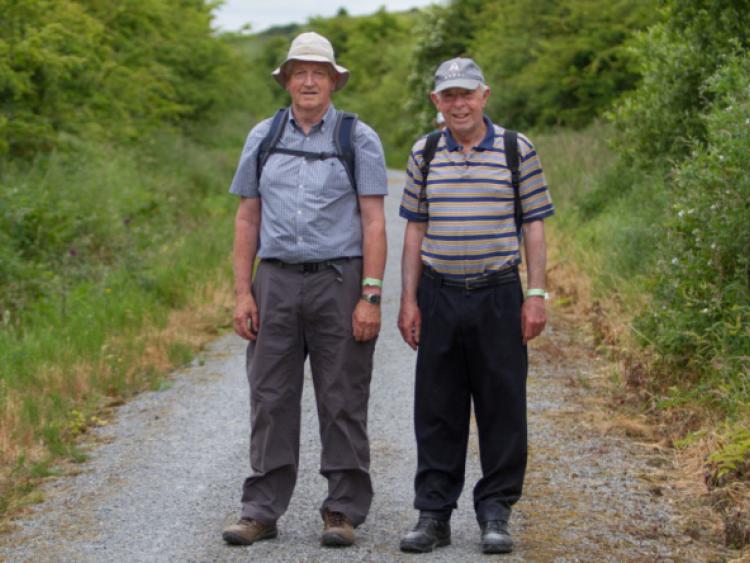 THE Great Southern Trail Group will end is management of the 40km trail from this Sunday but even at this eleventh hour, the group is still hopeful that Limerick City and County Council will step up to the plate and take over its maintenance.

THE Great Southern Trail Group will end is management of the 40km trail from this Sunday but even at this eleventh hour, the group is still hopeful that Limerick City and County Council will step up to the plate and take over its maintenance.

However, as of this Wednesday, the council had not indicated to the group or the Limerick Leader what its position was. A council official has told the group’s officers, however, that due diligence on the physical infrastructure of the trail had been carried out and the report was “under consideration”.

“Common sense and good practice dictate that the council would look after it, unless they want to be the pariah of county councils.” Liam O’Mahony, chairman of the GST Group said this week. “

“We will no longer be responsible for managing and maintaining the trail,” Mr O’Mahony continued. “But we will continue as a group. We will be reverting to our original status as a campaigning group. We want to see the trail into Kerry finished.”

However, he was highly critical of Transport Minister Paschal Donohoe who, in a recent radio interview, name-checked all the other greenways in the country but failed to mention the Great Southern Trail, the country’s first greenway.

The GST alone, Mr O’Mahony argued, has the potential to be rapidly extended to 120km without any of the problems which have led to the Minister mothballing the Athlone to Galway route.

And he pointed out that the voluntary work of the GST Group had saved the state millions of euro. The 40km GST trail had cost just €2.5m compared with €7m for a similar length of trail from Mullingar to Athlone, he said.

“We are delighted and proud at what we have achieved,” Mr O’Mahony added. The work of the group over the past 25 years has now been compiled into a DVD which will be launched this Saturday.

But for the group, he argued, the project would have been left dead in the water after Shannon Development abandoned it in 1989/1990.

“They ran away in the face of opposition and we were left to pick up the pieces,” Mr O’Mahony said.

“It was the gnáth daoine, the ordinary people, who walked the line who eventually turned the tide and that is what we are celebrating,” he added.

The celebrations begin in the Desmond Complex, Newcastle West at 1pm this Saturday when Mayor Liam Galvin will launch the DVD and then at 3pm, there will be a walk from Newcastle West to Ardagh. From Sunday, Mr O’Mahony warned, liability for what happens on the trail will no longer rest with the Great Southern Trail Ltd but rather with Irish Rail.