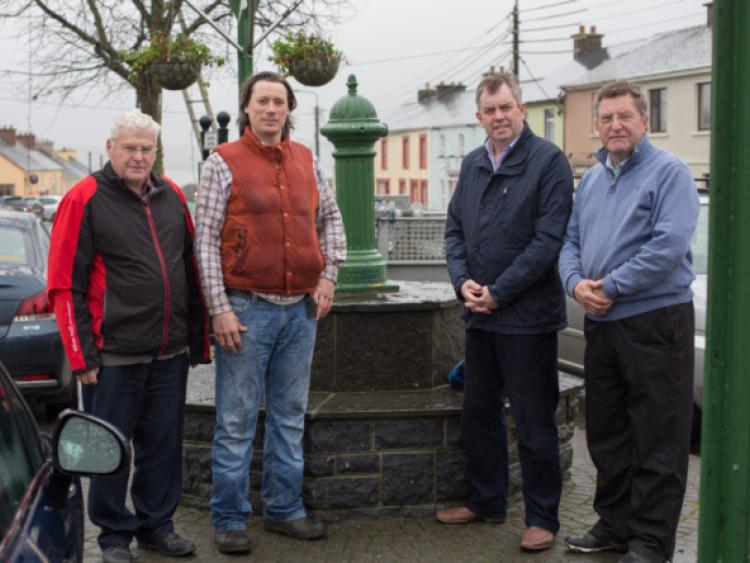 A NEW plan is needed to transform the public space in Glin in line with its heritage status and to complement the work which has already been done in the town.

A NEW plan is needed to transform the public space in Glin in line with its heritage status and to complement the work which has already been done in the town.

The call came this week from local councillor John Sheahan who argued the case at this month’s meeting of the Newcastle West Municipal District. But the proposal also has the backing of Glin Development Association which has spearheaded innovative developments in the area.

“Now is the time to draw up a new plan for the public realm,” Cllr Sheahan told the Limerick Leader. This year, he continued, the streetscape in Glin had been “torn asunder” to carry out a very welcome upgrading of the water supply and now the main streets needed to be resurfaced.

However, he argued, before that is done, it would be wise to take stock to draw up a plan which would take into account new services and the heritage status of the town. “We are deemed an area of architectural conservation under the county development plan” he pointed out. And the new plan should take that into account, with heritage-style lighting and street furniture as well as a better-delineated public square. “It has been done elsewhere,” Cllr Sheahan said. “And if a plan were in place, it would help us to leverage funds from different sources to carry out the work.”

And he cited the EU funds to promote farmers’ markets, pointing out that Glin has an established Friday market as well as a traditional December street fair and a craft market.

Some of the key elements of such a public realm plan were already in place in the Buchanan report, commissioned by the late Knight of Glin, both Cllr Sheahan and John Anthony Culhane, chairman of Glin Development Association pointed out.

The area around St Paul’s Heritage Centre in particular had been looked at in detail in that report, Mr Culhane said and could form the basis for the new plan. This would also tie in with the Association’s proposal to develop the Heritage Centre as an interpretive centre telling the story of Glin and the Knights of Glin, he explained.

It would also enhance Glin as a tourist centre, Mr Culhane added. 2014 had proved to be a good year for visitors, he told the Limerick Leader with people staying more than one night in the area and an increased demand for food and meals. One outcome is that a new restaurant is due to open in Wallace’s this weekend, he added.

The Wild Atlantic Way had helped tourism in Glin, Cllr Sheahan said. But he added: “The new Foynes Limerick road will change the dynamic of the flow of traffic. We need to be able to capture that change. I would hope that we could work with Transport Infrastructure Ireland (formerly the NRA) to entice people heading to Kerry to travel along the N69 to Glin.”

Last week’s council budget had included funds for town and village renewal, the Fine Gael councillor continued and he was hopeful some of this money could be allocated to the Glin plan.

Meanwhile, the annual Christmas Craft Fair and the revived December Fair takes place in Glin this Saturday and tickets are still available for the High Kings in concert on December 17.