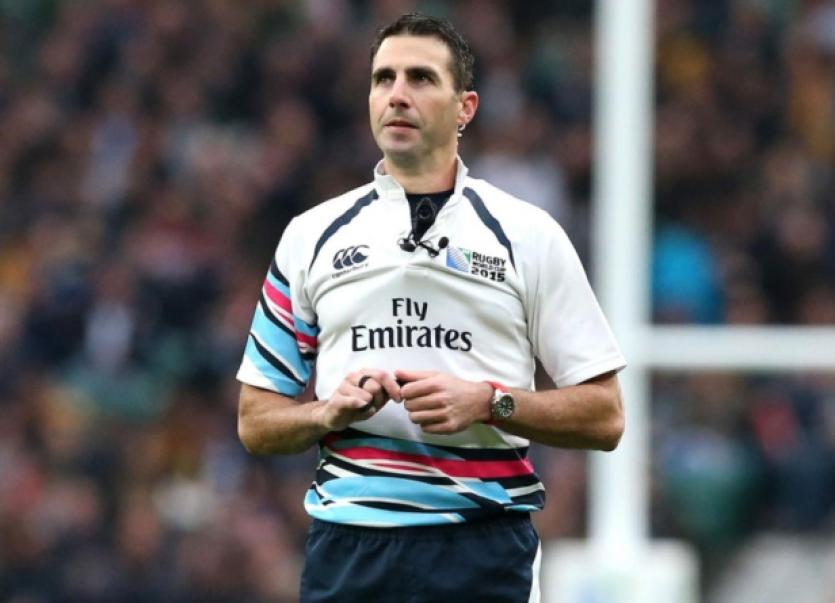 CRAIG Joubert angered Scottish fans after he gave a last minute penalty to Australia in the World Cup, but at least the teams had a referee!

CRAIG Joubert angered Scottish fans after he gave a last minute penalty to Australia in the World Cup, but at least the teams had a referee!

Chairman of Kilteely-Dromkeen GAA club, Robert O’Dea, said for five of their last seven east junior football championship ties the east senior board has failed to provide a referee. They include the East Junior final in 2014, the final in 2015 and even the rescheduled final due to take place last Sunday.

“Since the start of the year I have found the club’s dealings with the east senior board in relation to Gaelic football very frustrating. Our player base may be small but they are not short of enthusiasm, commitment or dedication. Some of the players have travelled from as far afield as Navan, Dublin, Cork and Waterford for training and matches each week.

“In fact, the player who works in Navan went to the expense of travelling back to Kilteely twice over a five day period to play championship matches for which there was no referee provided,” said Mr O’Dea.

Even though they qualified for the knock-out stages of the east junior championship they were not given the opportunity to play in either the semi-final or final. After there was no man in the middle at the second east final on Sunday both clubs decided they weren’t going to call their players together anymore this year.

“We are all trying to encourage our young people to participate in sport, especially in Gaelic football and hurling. We try to foster an interest, enjoyment and commitment in those sports. It is of major concern to our club that a few players have already indicated that they will not be returning to play in 2016 unless this fiasco is sorted out. Players simply want to play the game,” said Mr O’Dea. It costs them close to €1,000 to register to play junior football.

“We have incurred all the usual costs associated with preparing any team. Yet the players were not given the opportunity to which they were entitled to play out the championship,” said Mr O’Dea.

Traditionally a hurling stronghold over the last thirty years a lot of hard work has gone into promoting football. They have appeared three times in county junior football finals in the last five years. On a regular basis they supply players to the Limerick senior, U21 and minor panels.

“This has been a great achievement for us despite the total lack of support from our divisional board,” said Mr O’Dea.

Oliver Mann, Limerick GAA chairman, wished to acknowledge the excellent work that Kilteely-Dromkeen GAA club are doing from a small base and the efforts players are making to travel from afar.

“As the overall body for Limerick GAA I would apologise for the fact no referees turned up. It is a matter I have been made aware of. I have taken steps with the east board to try and have this matter dealt with so that in future, referees non-attendance at games – if it does happen – would be a very, very rare occurrence,” said Mr Mann.