Don’t Mind Me; ‘The winds of change are still months away’ 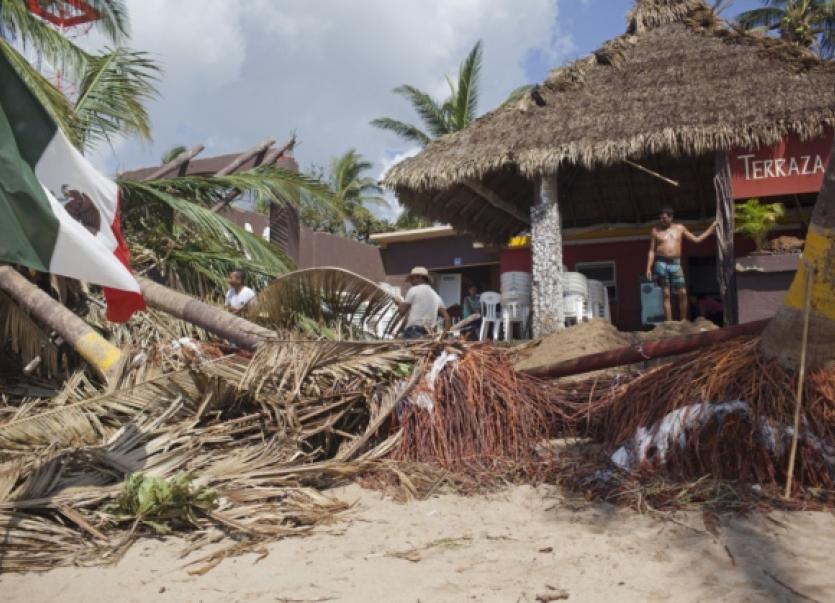 CALL it an inflated ego if you like but it was kind of cool, after decades of deadly menacing Charlies, Haiyans and Katrinas to finally have a real hurricane named Patricia. It wasn’t cool, of course, for the unfortunate Mexicans who found themselves last week in the path of the greatest piece of turbulence ever whipped up in the Western Hemisphere, but true to her name, Patricia was full of hot air and petered out the minute she made landfall. Just when I was wallowing in the reflected notoriety, Patricia was downgraded to a humiliating tropical depression. Typical!

CALL it an inflated ego if you like but it was kind of cool, after decades of deadly menacing Charlies, Haiyans and Katrinas to finally have a real hurricane named Patricia. It wasn’t cool, of course, for the unfortunate Mexicans who found themselves last week in the path of the greatest piece of turbulence ever whipped up in the Western Hemisphere, but true to her name, Patricia was full of hot air and petered out the minute she made landfall. Just when I was wallowing in the reflected notoriety, Patricia was downgraded to a humiliating tropical depression. Typical!

Having said that, I’m not really a great lover of turbulence at all. Anything for a quiet life is my motto from now on and I could do without having to share my name with a hurricane. But I do love an election, and the more turbulent it is, the better. Sometimes I wish I was back in the days when one side kidnapped the other side’s personating agents in my own constituency so that the dead could vote without being challenged. They even tried to kidnap a candidate once before he could hand in his nomination papers, but somehow he managed to elude them and ended up in the Dail. Turbulent times indeed!

I was certainly expecting great turbulence in this coming election because of all the hot air that was circulating and the cold fronts that were massing on the horizon. My big fear now however, is that it will be a spent force by the time it hits land because of this stupid media obsession about when it is going to be held. We’re holding our breaths in anticipation of a polling date and if we don’t pull ourselves together we’ll be gasping for air by the time it is announced. We’re worn out already from speculation; we’re transfixed by the calendar. That never bothered us in the past. The best elections were held when we least expected them, so give me a surprise election any day.

Despite all the frenzy about the date, this one won’t be much of a surprise. A bit of an anti-climax, if anything! I can nearly feel the fever abating. The Taoiseach, who seems to be in no mood for springing an election on us either, says that we’ll be going to the polls in early spring. Early spring? When is that?

The trouble is that none of us knows for certain anymore when spring begins, although we nearly always know when it has sprung. One man’s early spring is another man’s winter solstice.

Three years ago, as any farmer will tell you, spring didn’t arrive until the middle of May and the delay caused a fodder famine in West Limerick. Sometimes, spring doesn’t come at all, like in black ’47 when the country was covered in 15 feet deep snowdrifts in the middle of March. Long range weather forecasters are already predicting this to be the coldest winter in 100 years and if that carries over into the following months, we may yet have to fight our way through a retreating glacier to get to the polling booths because of the Taoiseach unwittingly miscalculating the  spring.

On the other hand, I also recall balmy January days at the beginning of this millennium when cherry trees burst into bloom a couple of weeks after Christmas, birds were building nests as soon as the New Year got underway and hibernation was curtailed as temperatures rose. We were all confused and didn’t know what had happened to the seasons. We weren’t even sure if it was a good thing or a bad thing, but if we had been asked to pinpoint early spring we’d have said January 7.

When I was in primary school, we learned that the three months of spring were February, March and April. This lesson was re-enforced by a poem we learned by heart, Rafteiri’s ‘Anois Teacht an Earraigh . . .’ which specifically put the start of spring as St Brigid’s day on February 1. The daffodils are up by then and most of the birds have started building their nests regardless of the weather. But the met office in recent years has been insisting that spring doesn’t officially start until March 1. If that’s the calendar that Enda is following then he’d want to be extra careful not to clash with the Ides of March, a tricky time for any politician. Late spring, Taoiseach, might have been a better bet!

There is no point, however, in getting too hung up on the date of the election and watching our enthusiasm fizzle out waiting too long for starter’s orders. We’d be better off concentrating on the issues and making sure when we cast our votes that we won’t have to repeat the process before the season is even out. Either way, the arrival of spring is written in the stars and the only certainty we have is that winter has arrived.

Barring the re-emergence of Hurricane Patricia, spring can’t be far behind.