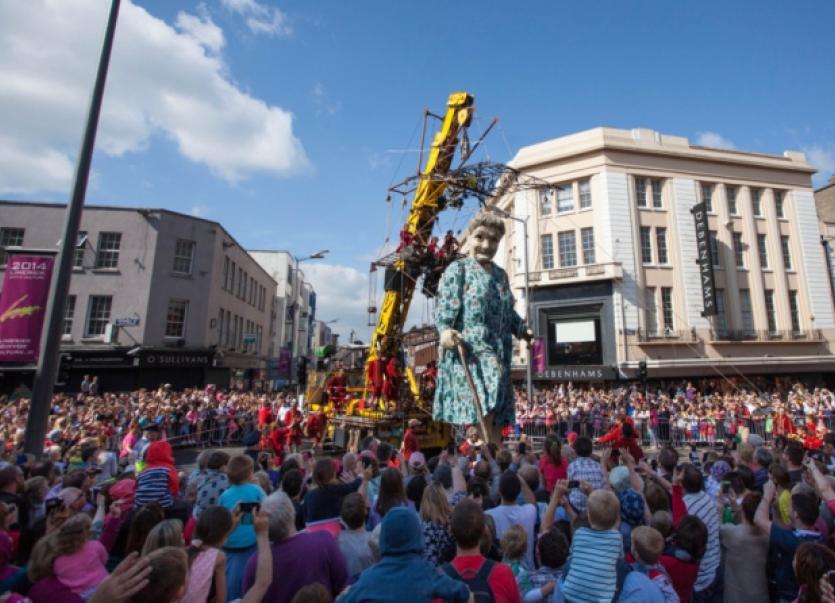 FRIDAY will be a big day for Limerick, when the team behind our European Capital of Culture 2020 bid presents its case in Dublin, along with the city’s Irish rivals for a designation that has the potential to bring huge benefits.

FRIDAY will be a big day for Limerick, when the team behind our European Capital of Culture 2020 bid presents its case in Dublin, along with the city’s Irish rivals for a designation that has the potential to bring huge benefits.

Alert readers will have noted that, since the beginning of October, the Leader’s masthead has had an addition just beneath it. We are proud to be a champion of Limerick’s Capital of Culture bid.

No doubt, all of the bid teams will make a strong case – and according to the bookies Limerick is the underdog of the four, behind Galway, Dublin and the ‘Three Sisters’ bid (Kilkenny, Waterford, Wexford). That’s fine, because as a city and county we’ve always been underdogs and it suits us to be so.

The Leader’s view is that Limerick is by far the contender most deserving of the honour – based objectively on the criteria set out.

We are arguing from a position of bias, it is true, but we hope those charged with examining the merits of the bids will closely follow the European Commission’s stated position on what the designation should mean for the chosen city.

Quite simply, Limerick ticks every box.

The designation, according to the Commission, should act as a catalyst for a step-change in the city, or an area of a city. Of the Irish cities vying for the honour, Limerick is the one that would benefit most from a step change, as the socio-economic challenges it continues to face are the most severe of any Irish city.

As our bid team has put it, Limerick and its people are “on a pathway of change, development, regeneration and engagement”.

We have already seen compelling evidence, courtesy of the National City of Culture designation last year, that this reimagining of Limerick will be an easier process if it is underpinned by the European designation, because the resulting momentum would be both thrilling and unstoppable.

Another criteria set out is a “measurable increase in the self-esteem of citizens and pride in the city”. Again, we saw that last year in spades. The feelgood factor was wonderful, in particular during that unforgettable weekend when the giant Granny won local hearts. The European designation, thus, would send pride and self-esteem soaring.

Can Dublin and Galway make the same claim? Surely not.

Also deemed important is “an increased engagement with the cultural offers of the city, especially with audiences less likely to attend or participate”. This, undoubtedly, is one of the key factors at play in the process and we are confident that Limerick’s bid team will offer very strong evidence that the 2020 designation would put the city and its people on a new footing when it comes to the appreciation of arts and culture.

Young people in particular have been driving this engagement and it has been wonderful to witness.

The successful bid will also need to demonstrate that new opportunities for artists and cultural organisations will arise from the designation – the positive and life-affirming energy associated with our bid already is a sure sign that there are so many talented people in our region who stand to benefit from being in the international spotlight.

For a small city, we have already punched well above our weight down through the years and we have many more artistic talents waiting for a chance to shine.

For so many reasons, Limerick deserves – and indeed needs – this considerable honour. We wish our bid team the best of luck as they seek to make their case.