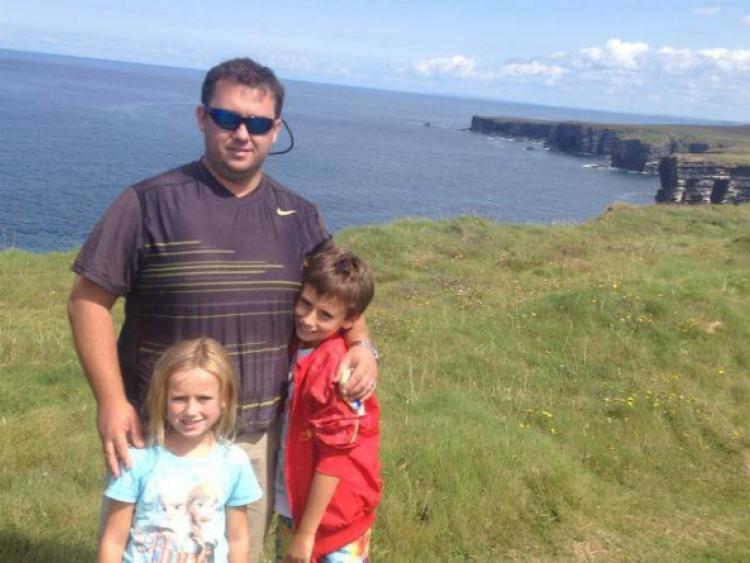 A BROTHER of Limerickman Jason Corbett, who was killed in the US, has rejected claims that his late brother was “physically and emotionally abusive” towards his wife Molly Martens, a “person of interest” in his death.

A BROTHER of Limerickman Jason Corbett, who was killed in the US, has rejected claims that his late brother was “physically and emotionally abusive” towards his wife Molly Martens, a “person of interest” in his death.

Supporters of Ms Martens, who is continuing to fight for custody of the children, have posted numerous messages with allegations about the nature of their relationship online.

Amanda Mui, a cousin of Ms Martens, who lives in Florida, posted a message on Facebook in recent days, which she asked others to share.

“Please, everyone who can, think of and pray for my cousin Molly Martens Corbett. After surviving years of emotional and physical abuse from her late husband, she’s now fighting to retain custody of the children she’s raised for years now.

“Molly is a wonderful mother; it’s the love she has for her kids that has given her the strength to survive the abuse her late husband put her through. Pray that the courts acknowledge her as the children’s mother and guardian.”

Ms Martens, a former nanny to the children, and her father Thomas Martens, are the main ‘persons of interest’ in the case. Mr Martens reportedly made the 911 call and said “I did it”.

John Corbett, Jason’s eldest brother who lives in England, said the latest claims in relation to his brother “beggars belief” and said he was struck by the “audacity of it”.

An earlier post, again urging support for Ms Martens, read: “There is no equitable justice system in this country that could see their relationship and not honor it.

“Family is not blood. Family is not name. It’s love and faith and support. Family is kissing skinned knees and telling bed time stories; it’s staying up all night tending to fevers and cheering from the sidelines. Family is Molly and Jack and Sarah.

“Please continue your support for Molly by leaving messages on her Facebook page and sending her PMs. Every public show of support goes a world of ways to demonstrate that family is something known through deed and not paper.”

Custody of Jack and Sarah Corbett, aged 10 and eight respectively, has been awarded to Jason’s sister Tracey Lynch and her husband David.

However, Ms Martens is now appealing that case to the Supreme Court and their hopeful return to Limerick this weekend could now be put in jeopardy.

Ms Martens also updated her Facebook profile in recent days, posting pictures of the children as her profile and cover pictures.

Since then she has received numerous messages of sympathy from her friends.

One person wrote: “We’re so’ so sorry, my heart breaks for you all, it makes me sick that they don’t let the children speak their choice, our judicial system is a joke. We will keep praying for you all.”

Meanwhile, in a statement issued to the Limerick Leader earlier today, Tracey Lynch has thanked all those who helped in her battle to bring Jason’s two children home for their father’s funeral.

Tracey Lynch has been in the USA since hearing of her brother’s death and vowed that he would not be buried until his children were allowed to travel home to Limerick for the funeral.

Yesterday in Davidson County Court, North Carolina, Judge April Woods cleared the way for the children’s return after ruling against a legal bid by Ms Martens.

It is hoped that the children will return to Limerick this weekend, although Ms Lynch told the Leader early this Friday morning that flight arrangements had not yet been confirmed.

Family members back in Limerick have condemned the appeal by Ms Martens to prevent the children returning home for the funeral.

“We are so thankful for the decision which upheld Judge Shipwash’s decision made on Monday,” said Tracey early this Friday morning.

“My family would like to acknowledge and thank the clerk of the Superior Court and the District Court judge, along with the Department of Social Services and the Davidson County police department. I would specifically like to thank Kim Bonuomo of Allman Spry [legal firm], along with Edward Griggs, who gave me courage from his kind words, caring nature and empathy.

“Our focus is on beginning the healing process in Ireland with Jack and Sarah and all our family. I came over to the US to ensure the safety of Jack and Sarah and to carry out the wishes of my brother Jason, who was a kind, loving father, brother, son, friend and husband. He was not here to have a voice so that’s what I’m trying to do. He lost so much in his life and was killed. We want the truth to be told, so this is another step in Jason’s journey.

“A sincere thank you to the people of America, who have extended their hospitality with warmth. I am especially grateful to the people of Ireland and in particular Limerick, who have prayed, donated, held fundraisers and given me hope in my family’s time of crisis.

“A sincere thank you to Kieran O’Donnell [Limerick City TD], who worked day and night to assist and provide support to me, along with the Department of Foreign Affairs, Consul General the US Shane Stephens, and Honorary Consul John Young.

Jason and I have always been proud of our roots and heritage. He will be very sadly missed.”