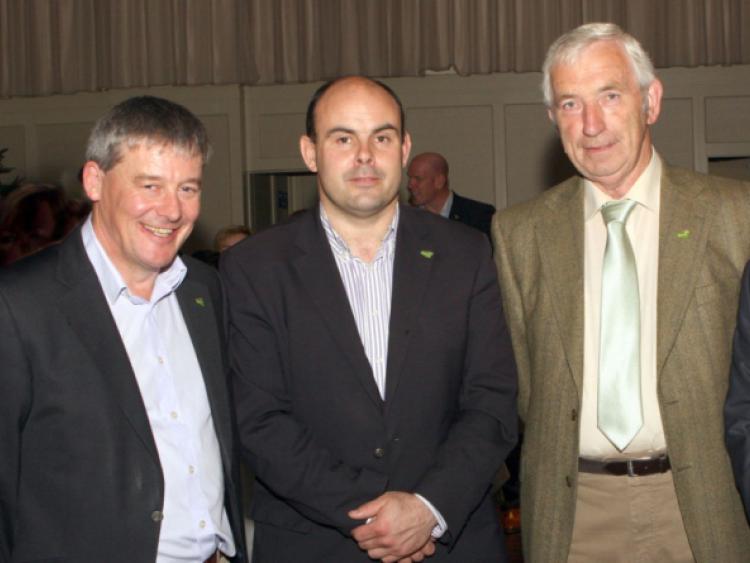 In this week’s Limerick Leader GAA column, Martin Kiely looks at the on-going review into the 2015 Limerick senior hurling season.

In this week’s Limerick Leader GAA column, Martin Kiely looks at the on-going review into the 2015 Limerick senior hurling season.

A cloud hangs over the entire Limerick senior hurling management team and instead of abating it now appears the vast majority of supporters want change.

It’s a far cry from how they did their business last year when they rushed to, not just make the appointment, but more over give a three year term. At the then County Board meeting they broke their own bye laws and rushed it through. Decisions made in haste are often for the wrong reasons and results have shown this to be the case in Limerick. There is a lack of confidence in the set up and the players are starting to let their views be known. Many young players don’t see themselves having a future because so many of them have not been given a real chance to progress.

Some players hold the view that the selectors are taking all the blame and that the manager is abdicating his responsibility. He is of course helped by the County Board who operate double standards when it suits them most, but on the ground the support for the management team is very weak. On the surface the players seem to be supporting the system but privately many just don’t see a future under the current manager and his management team. Surely it’s not acceptable for one man to stay and the rest of the backroom team get the road? The captain always goes down with his ship but it would appear not so in Limerick. Take the personalities out of it and do the right thing for Limerick hurling. TJ Ryan has got a very fair crack of the whip but sadly for him it has not worked out. He had an opportunity to make progress but he just did not have the plan, people or management skills to pull it all together. The County Board have dragged their feet in the way they have handled the review and now it’s set to limp on until the September meeting. This is no surprise. They, at no stage, gave real consideration to what Limerick hurling now needs and again have missed the opportunity of creating the conditions necessary for the senior hurlers to develop to its full potential. The review process in real terms is a shambles because the County Board are not really going to shine the light in the right places. The same people that made the appointment and extended it are not the right people to review it. By any standard it was a pathetic year from a results point of view and instead of doing the right thing for Limerick the real hard questions will not be asked. The people involved in Limerick hurling talk a lot about the passion they have for it. Well, if they do then they will do the right thing and stand down for the long term good of the game in the county. I find it hard to believe that Oliver Mann, Mike O’Riordan and Donal Morrissey are not aware of the feeling on the ground in Limerick. Where have the clubs gone? The last two County Board meetings have shown that many are now not even attending. Limerick needs leadership from the top table but instead the same old story applies. The nod and wink that has destroyed the hopes of many in Limerick GAA is now more alive than ever with some lads around the top table. Would they please just do the right thing for Limerick?

So many well qualified people could have conducted the review. Michael O’Grady, a former Limerick and Dublin manager would be an ideal choice. Based in Dublin he is called upon by many and at the moment he is helping Wexford put minor management in place. He knows what’s required to deliver at the highest level and his knowledge and honesty is now needed.

Will Oliver Mann make the call to his fellow club man?

We see where the game is going and Limerick have a long way to go to match what the top six are at. Cups are not handed out for handy talk but if they were we would be the market leaders in Limerick.

Oliver Mann was angry with Croke Park for changing the format of the National League. Now Oliver you are angry with the wrong people. We have had great chances to advance to Division 1 A of the league but for reasons well ventilated in this page we failed. The Limerick management must carry the can for the way Limerick have failed in the league but instead what we got was excuses and now it’s coming from the top table. Mediocrity has now become an acceptable standard particularly around appointments and the Chairman would be better served to channel his anger in a way that would serve long into the future. For once I hope common sense will prevail in the County Board. Is there any member of the top table prepared to do the right thing? Will they continue sit to in silence and ask no questions? If that is the case then they have failed those who elected them.