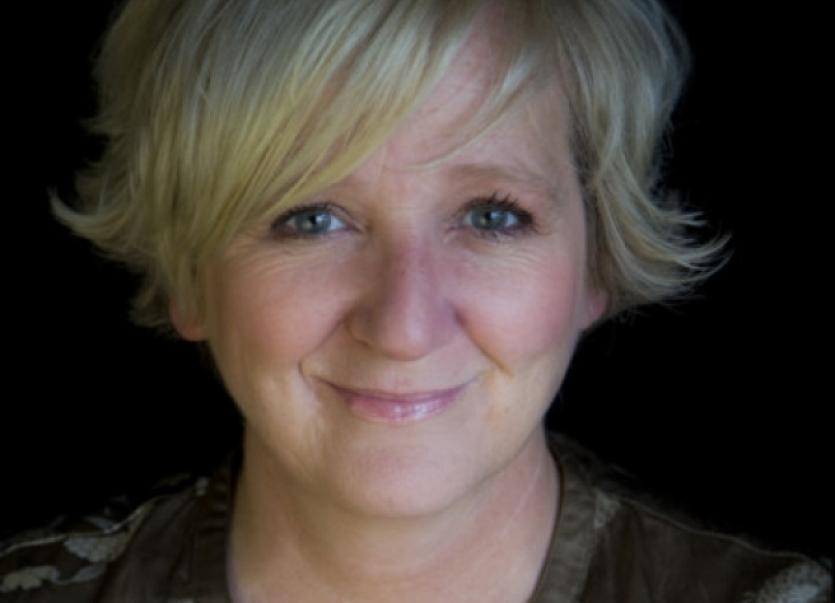 Born in Limerick, it was Sr Claire, from the Presentation School, Sexton St, who encouraged me to develop my artistic skills.

Later, I graduated from Limerick School of Art and Design (LSAD), and shortly thereafter, moved to New York where I lived for fifteen years. During this period I spent three years at the State University of New York, studying photography, before returning to Ireland in 2000. Finally, in 2011, I completed an MA in Socially Engaged Art, once again at LSAD. My late father, Paddy, worked with Limerick City Council but, also, had a great knack with a paintbrush. Indeed, many of his paintings are still held within the family as a testament to his artistic commitment. On my maternal side, meanwhile, my uncle Denis O’Shaughnessy is a well-known author, who has written many books on the social history of Limerick.

During my early years at LSAD I had the amazing experience of being invited by the legendary British artist, Lucian Freud, to his studio in London.

Following this encounter one of the things that dawned on me was that I would never be a successful painter; however, this disappointment was soon tempered by the realization that I was, at least, a good negotiator and a fast-talker. Today, as a socially engaged artist, my own work increasingly focuses on creating situations where communities can become active participants in the development of our city. My aim is to promote dialogue between public agencies and citizens, in the complex business of spatial planning and development. My collaborative projects, to date, have included the Urban Tree Project, the Tree Council of Ireland, EVA International, and The Hunt Museum.

Creating work that collectively affects change is a good mantra to have.

For example, between 1984 and 1989, London-based artist, Andrew Kearney and I, were some of the founding members of the All+10 Sorts Collective. Our subsequent projects included the redevelopment of the former Debtors Prison (currently City Hall) as a multi-disciplinary Art Centre, and the creation of artists’ studios on Patrick Street, a site now occupied by Ormston House. The latter, has become a highly successful Cultural Resource Centre at the heart of Limerick City, under the guidance of the amazing Mary Conlon.

The up-coming exhibition at Ormston House, called ‘Third Bridge’, came about by re-examining a particular moment in the history of our city.

This centered on a proposal for a long anticipated new bridge across the Shannon. This ‘new bridge’, now known as the Shannon Bridge, was eventually completed in 1988, but only after growing public impatience with the drawn-out planning process involved. Indeed, in 1983, in an attempt to circumvent the ongoing stagnation, Andrew and I, along with three other students from LSAD created a collective, named DUSAA 5, to make a ‘New Bridge’ proposal of our own. For two weeks we worked together to realize that brief by examining the concepts of ‘place’ and ‘space’.

The resulting, ‘Third Bridge’, was intended to question several interrelated issues, including the linking of diverse and contrasting locales; traversing space, whether public or private; and the presence (or absence) of the citizen from the planning process.

The initial idea for a heritage-based exhibition came about during a conversation that took place, in 2013, with the artist Paul Quest.

At the time, he was creating the historical archive of the Ormston House building and collating its contribution to the social history of Limerick City. The resulting exhibition is in collaboration with Andrew Kearney, whose practice includes: installation, sculpture, artificially activated lighting, sound feeds, and photography. Among his most recent projects are Tell Me Something (Limerick) and Skylum (Brussels and Toronto). In essence, ‘Third Bridge’, represents a modest proposal regarding how we, as citizens, can become more active participants in designing our city. It will encompass photographic archives, Limerick Leader articles, and an installation, on Culture Night, at the Sylvester O’Halloran Bridge, close to the site of the original ‘Third Bridge’.

Limerick has always had a strong sympathy for artistic creativity.

This has been witnessed in the establishment of the Limerick Free Art Gallery (1948), now the Limerick City Gallery of Art, the success of the EVA International Biennial, the foundation of the National Self Portrait Collection in 1977, at the University of Limerick, and the on-going contribution being made by the School of Limerick Painters. It must, also, be acknowledged that our recent posting, as National City of Culture, has propelled the Limerick art still scene further afield. This has provided both a platform, through which the public might experience art, but also, crucially, the public funding to realize it. The ‘Limerick 2020 Bid’ promises yet another exciting artistic platform.

Art practice always seems to have the capacity to re-invent itself during times of economic uncertainty.

It is, perhaps, ironic that ‘Art’, when perceived of as a product, continues to dominate financial markets. However, artists, frequently, don’t see any financial benefit from this co modification of artwork. Without the presence of a creative sector within our society, many institutions such as our galleries, academia and the civic sector, would be rendered obsolete, leading to losses for both institutions and the public. However, the contribution of the arts to the economy, must also, include fair practice, for example, by paying artists their fair share for works completed. In terms of contemporary political rhetoric this is surely a win-win situation!

The Third Bridge exhibition opens at Ormston House on August 20 and runs until Culture Night on September 18. Its conclusion will be followed by a walk to the Custom House Marina, where participants will be ferried by the renowned Limerick boatman, Pat Lysaght, to the site of the 1983 ‘Third Bridge’, with the intention of ‘re-imagining’ the Sylvester O’Halloran Bridge. For more information please see the websites: www.ormstonhouse.com and http://deirdreapower.wix.com/social-art-practice