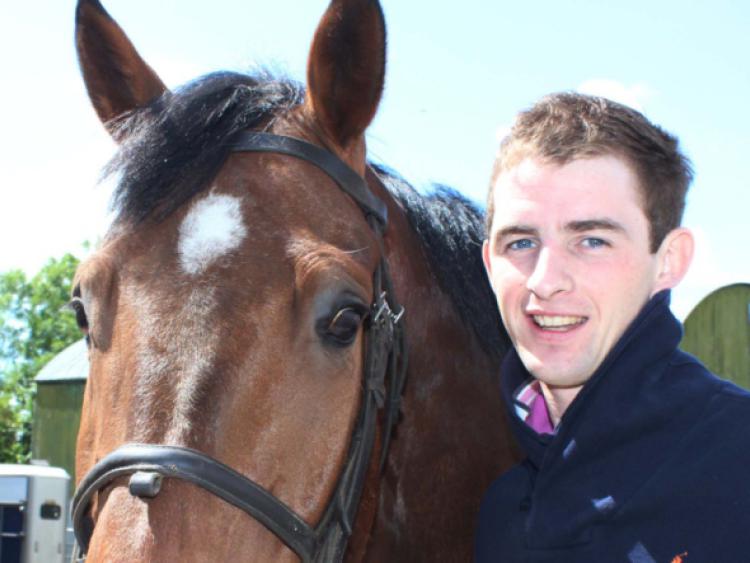 SEVEN hundred and four days after suffering a life-threatening fall, Limerick man Brian Toomey has been re-licensed as a professional jockey.

SEVEN hundred and four days after suffering a life-threatening fall, Limerick man Brian Toomey has been re-licensed as a professional jockey.

The British Horseracing Authority (BHA) made the announcement this Monday following Brian’s extensive period of rehabilitation and a rigorous medical assessment procedure.

In the fall at Perth Racecourse, Scotland on July 4, 2013 Brian received serious head injuries which at the time were described as “life threatening”.

Following immediate care on the track by racecourse medical officers he was placed in an induced coma in the high dependency unit of Ninewells Hospital in Dundee for two weeks, and had surgery to reduce swelling on his brain, including the removal of part of his skull. He remained in hospital for 157 nights before beginning his long road to recovery.

“I knew for a couple of months that I would get back but it’s official since 11am today,” Brian told the Limerick Leader this Monday.

“I’m delighted. I passed my medical test a while ago but obviously I had other tests to pass in between.”

Before being granted his licence, Brian, 26, from Manister and now based in Yorkshire, had to meet the medical criteria for fitness to return to race riding which assess his ability to control a horse safely and the risk of further injury if he were to fall.

In Brian’s case this included tests of hearing and vision, physiotherapy assessments and appointments with and reports from consultants in neuropsychology, neurology and two neurosurgeons. He also required references from licensed persons.

Brian then had to undergo a full medical assessment by the BHA Chief Medical Adviser Dr Jerry Hill, which assessed not only his physical health but also his mental functions.

Following the assessment, and taking into account the opinions of his specialists, Brian was passed as medically fit to ride by Dr Hill. He is hopeful that owners and trainers will take on board the medical advice of the experts and give him the opportunity to ride again. “I have seen loads of surgeons and neurosurgeons and they say I am at no greater risk and hopefully people will listen to those comments.”