Warning of traffic ‘mayhem’ if Mungret plans are not altered 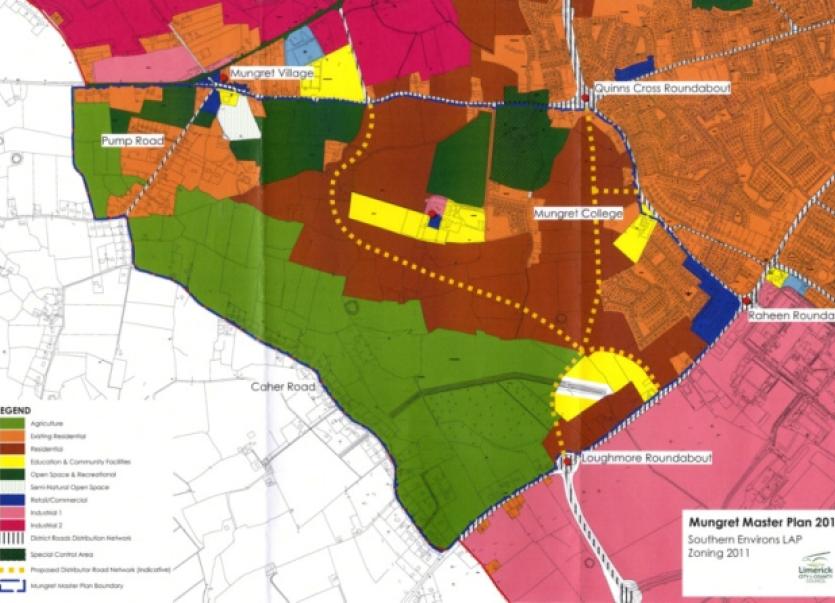 Mungret Community Council has warned of traffic “mayhem” if local authority plans for a new road layout in the area go ahead.

Mungret Community Council has warned of traffic “mayhem” if local authority plans for a new road layout in the area go ahead.

Limerick City and County Council have proposed a number of changes to the road network in the Mungret and Raheen area to accommodate new schools which will be built in the grounds of Mungret College.

The new campuses for Limerick Educate Together and Gaelscoil Raithin are set to be built close together near the top of Moore’s Road.

While the overall plan put forward by the council includes a new distributor road circling the Mungret College site and linking the Loughmore roundabout with Mungret village, local residents are concerned that the first stage of this plan is to build an access road to the school site from the Mungret Road.

The remaining road will then be built at a later stage but only as housing is developed along the route.

Community council chairman Nigel Mercier believes that this could take “several years” and in the meantime, residents and commuters will have to deal with traffic chaos.

“Eventually the road will continue to be built and exit opposite the Co-op Superstore but Limerick City and County Council are relying on the sale of lands and developers paying for completion.

“We are insisting in our submission that the complete road is built now with costs recouped at a later stage when lands are sold,” he said.

Mr Mercier pointed out that each school would cater for about 400 pupils and will have 40 staff each but the council’s plans only provide for 26 parking spaces.

“The schools will be built in a cul de sac with roadside drop off points dotted on the approach.

“We fear, with St Nessan’s National School around the corner (800 pupils) and Mungret graveyard up the road, that there will be traffic mayhem for years to come,” he said.

While welcoming the works that have been completed in the village in recent years, he said the community council was concerned that the area could be “swamped with traffic” if the plans go ahead in their current form.

“There was a case there a few weeks ago where three funerals turned up at the same time and it was mayhem. You throw in two schools on top of that and all the normal traffic and it is a nightmare,” he said.

The community council has submitted a number of proposed alterations to the plan, with the completion of the distributor road as a top priority.

They also want more parking spaces to be provided at the graveyard and for the two schools and a pedestrian crossing to be provided on Pump Road as the new developments are likely to increase traffic on this road.

In its submission it noted: “There is no serviceable public transport and within the proposed plans there is no adequate planning for the resultant parking crisis.

“The planned national schools can expect enrolment of 450 children to each leading to the appropriate employment of staff for both.

“There is nothing within the plans for the members of staff, never mind the required spaces for various events such as school open days or when sporting and other events are taking place. How will parents manage?”