Limerick will have five mayors from June 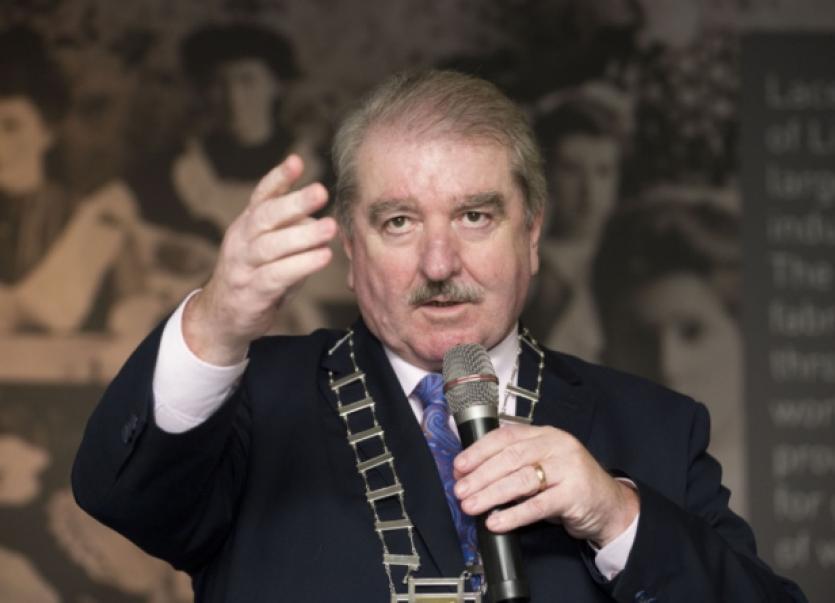 LIMERICK is almost certain to create local government history in June by electing five mayors on the one day.

LIMERICK is almost certain to create local government history in June by electing five mayors on the one day.

Currently, two councillors – Kevin Sheahan (FF) and Michael Sheahan (FF) – can be seen donning mayoral chains at different functions. Kevin Sheahan has the title of Mayor Limerick City and County while his namesake is mayor for the Metropolitan District.

Councillors in rural electoral areas – Newcastle West, Cappamore-Kilmallock and Adare-Rathkeale - have now revolted and are demanding their own mayoral chains from June.

One councillor from a county area has told the Leader that the Metropolitan District was benefiting from “blatant favouritism”.

He said: “We have had it up to here. If it’s good enough for the Metropolitan District to have its own mayor and its own chain, then the same goes for us.”

With the title of Mayor of Limerick City and County expected to be retained, a mayor for each of the three rural areas as well as one for the Metropolitan District would bring the total of Limerick mayors to five.

Each will require its own unique chain, meaning that three new chains will be ordered by the local authority, with the overall cost yet to be confirmed.

The councillor, who did not wish to be identified, said it was “not beyond the bounds of possibility” that all five mayors could turn up at a single function, each wearing a chain.

“Let’s say someone was to be given the Freedom of Limerick,” said the councillor. “All five mayors would be fully entitled to turn up to that and why wouldn’t they wear their chains?”

It is understood that there is a clear majority among the 40 councillors for the proposal to increase the number of mayors to five and the plan is to be rubber-stamped at a behind-closed doors meeting in County Hall today, April 1.