Don’t Mind Me: ‘Has spring finally sprung in the Irish economy?” 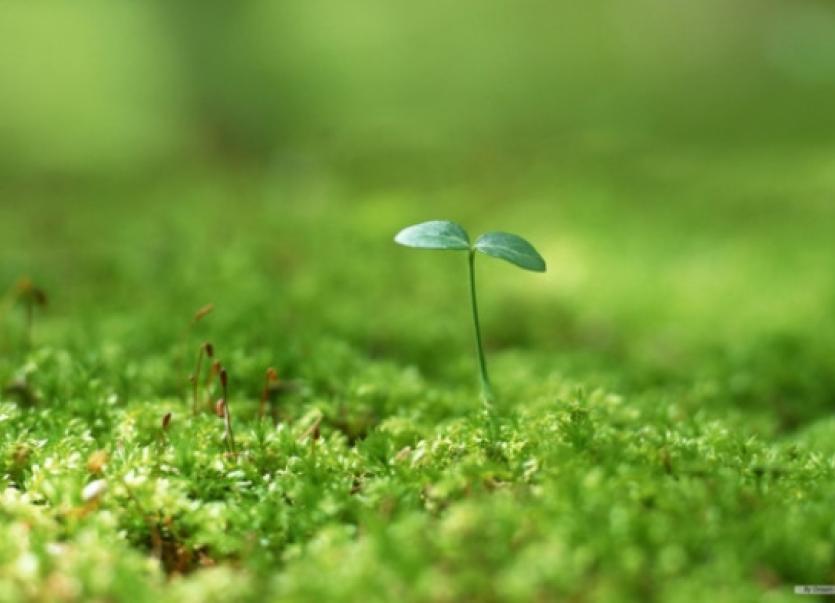 WE’RE living in a state of utter bewilder-ment right now. At least I am. It’s April, but I’m still not sure if spring has sprung because the weather is cold and miserable and, with all due respects to Robert Browning, I can’t see anything at all happening amid “the lowest boughs and the brushwood sheaf’. Last week though, I thought I heard the cuckoo. A neighbour, who obviously thinks that I’m for the birds anyway, said it must have been a wood pigeon that I heard.

WE’RE living in a state of utter bewilder-ment right now. At least I am. It’s April, but I’m still not sure if spring has sprung because the weather is cold and miserable and, with all due respects to Robert Browning, I can’t see anything at all happening amid “the lowest boughs and the brushwood sheaf’. Last week though, I thought I heard the cuckoo. A neighbour, who obviously thinks that I’m for the birds anyway, said it must have been a wood pigeon that I heard.

In any case, even more disconcerting than the false spring is the current state of one of our essential characteristics - the poor mouth. We can’t even open it these days because we don’t know for certain whether we’re rich or poor and we don’t want to be making fools of ourselves. We’re simply bewildered. On the one hand, we’re told that we’re booming; on the other hand, we’re reminded of our penurious and precarious state.

At the beginning of the year, things were definitely looking up. I nearly bought a new car when I heard we were in recovery. Then I realised that a single swallow doesn’t make a summer and anyway, as we all learned from our Celtic Tiger days, a rising tide does not lift all boats. Actually I found I couldn’t afford it. I’d have to wait and see what the budget had to offer.

But as the economy continued to expand - despite the naysayers – even I was beginning to look up. By February, while we weren’t exactly cocky or swaggering, there was a certain spring to our step. The middle was still squeezed, granted, but some of us were dreaming again. I don’t know about the rest of you, but I was dreaming, not of the cuckoo, mind you, but of a give-away budget. I could see Michael Noonan handing out perks and bonuses to pensioners in October, restoring the full Christmas bonus and exempting every retiree in the country from property tax, water tax and USC. Others, of course, had different versions of the dream but the expectancy was mutual.

Now I’m being told that we can’t afford such extravagances. Even dreaming about a give away budget is an act of greed and treachery against the National interest. Mea culpa!

I don’t envy Noonan or Kenny, who, I’m sure, would love to get the chance to distribute a few goody bags before the next General Election. The trouble is they’re damned if they do and they’re damned if they don’t. If they do relax the austerity, of which we’re all sick to the teeth by now, they’ll be accused by the opposition and by the economists – the very ones who failed to see the crash coming – of fiscal irresponsibility, lack of statesmanship and vote buying. On the other hand, if there’s no pay back day for us Joe Soaps, who carried the burden of the recession for over six years, we’ll think them a miserable bunch of tight-fisted bookkeepers. A bit of generosity wouldn’t go astray, after all the hardship we endured.

One economist who was advising this week against a giveaway budget argued that there was no need to adjust rates of pensions or social welfare payments because inflation is now so close to zero, that the value of those payments will be maintained anyway. He would, wouldn’t he? But the trouble with this line of thinking is that the same fellow also gets the same value from near zero inflation only he doesn’t have to exist on either a social welfare payment or a state pension. If he did, he’d probably be dreaming of a giveaway budget too.

I’d also respectfully suggest that the confusion among ourselves over whether we’re rich or poor, is caused not by the caution and wariness of the economists, but by the ever widening gap between the haves and the have-nots in this country. One study has shown that the top 20 per cent of earners now have an income five times that of the bottom 20 per cent. Obviously then, some of us are very rich and some of us are very poor, and those in the middle are squeezed. No wonder we’re confused.

My advice then to the Minister for Finance is to go ahead and hand out as many goodies as he can in the next budget. We’ll be eternally grateful to him, whatever about the need to play safe. He certainly should pay no heed to those at the top who think that the National interest is best served by fiscal policies that ensure the continuation of their own status and privilege.

Finally, if there’s no give in the budget, I’m afraid I’m going to have to campaign strongly in the national interest for the restoration of the ‘beal bocht’ - and all that it implies.