Don’t Mind Me: ‘Are we in for another white Christmas?’ 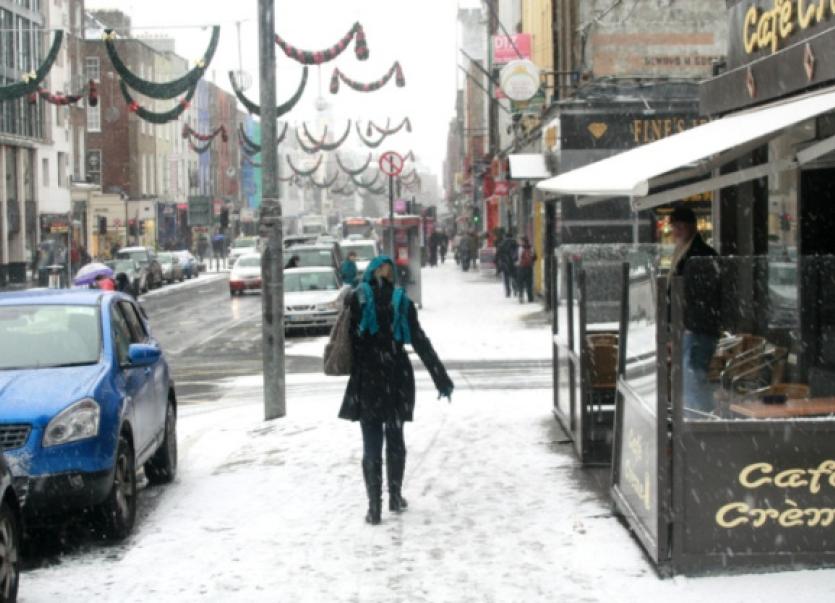 I HATE to be the purveyor of bad news, but I do think that people should be prepared for anything and shouldn’t allow themselves to be lulled into a sense of false security about the weather just because the rhododendron bushes have decided to bloom again in the middle of November.

I HATE to be the purveyor of bad news, but I do think that people should be prepared for anything and shouldn’t allow themselves to be lulled into a sense of false security about the weather just because the rhododendron bushes have decided to bloom again in the middle of November.

So here goes! The news on the long term weather front is not good, I’m afraid. We could be in for a bit of a bashing. Apparently all our current woes are nothing compared to what the elements have in store for us this winter. Five months of heavy snowfall, hard frost and bitter Siberian winds are being forecast by some weather expert from across the water.

How scientifically sound his theories are, I don’t know, but if it does come to pass there’s no point in blaming him, I suppose. However, I think he should be breaking the news to us more gently. We’re highly excitable at the best of  times.

Being suckers for news of extreme weather conditions and being natural pessimists to boot, we’re inclined to believe the dire predictions. “We’re in for a terrible winter”, I’m told everywhere I go, and the prediction gets worse with every telling. But it can’t be that certain either because Paddy Powers are still offering odds of 4/1 on a white Christmas this year.

Also, the first raging glacier was supposed to have arrived at the end of October and we’ve hardly had a touch of frost since. So I live in hope.

Nevertheless, even the most reputable newspapers have abandoned the Donegal postman - and anyone else who depends on lunar manifestations and wildlife activities for a hint of climatic changes – and are reporting the bad news with deadly seriousness and the scariest of headlines. If they’re not careful, they’ll trigger a nationwide panic and we’ll all start burrowing and stockpiling. Worse still, the weather gods could get really pissed off with us.

Being a victim of all kinds of weather phobias myself – I’ve even developed a fear of tornadoes, even though I’ve never been within an asses roar of one – I should be freaking out by  now.

Instead I’m staying remarkably calm and I’m only slightly fretful, glancing up occasionally at the full moon to see if there’s a ring, or something more sinister, forming around it and wondering if mother nature could really be that dumb, or that perverted, that she would encourage a rose bush to produce fragile new buds just before the advance of the glaciers.

We’ve had a remarkably good summer and a very pleasant autumn. Despite the Met office attempt to change the dates of the seasons, winter in Ireland officially begins on November 1, and anyone who thinks otherwise should consult the druids of Samhan for an explanation as to why November is the month of darkness.

But this year, I have to admit, the start of winter proved quite a pleasant surprise, and now I’m thinking that maybe Samhan should indeed be moved forward a  month.

I wasn’t expecting to find myself basking in warm sunshine in the middle of November or to be watching a rose bush burst into bloom for the second time this year. I didn’t think either that I’d be taking the lawnmower out of hibernation until March at least, but apparently, if you look carefully, you can almost see the grass growing. For the first time in years, and despite the heavy showers, I’m blissfully unaffected by even a hint of SAD.

Or I was, until news of these savage weather predictions broke. Now, as I’ve said already, I’m fretful. Anyone who lived through the big freeze of 2011 has every reason to fret, especially when they say this coming one will put that one in the shade. By the sound of it, the sub zero temperatures will make Siberia feel like a summer camp and will pose even more problems for Irish Water. Who, for instance, will have to pay for the huge volumes of water lost because of burst pipes in the attic? Don’t even go there.

The forecasts of a very severe winter are said to be based on a combination of signs, including the current amount of snow in Siberia, volcanic activity in Iceland and unusual solar activity during the glorious but already forgotten summer just gone. There’s not even a reference to the activities of the birds and the bees and the confused rhododendron bushes, or the absence of a ring around the moon, or even granny’s rheumatism for that matter. So I think I’ll stick with the met office forecast, which promises a benign few days ahead, with nothing at all too scary or dramatic on the horizon.

But that isn’t to say that I’m not also bracing myself for the worst, or that I wouldn’t try and strangle anyone I encountered over the next few weeks, foolishly “dreaming of a white Christmas”.