Don’t Mind Me: Typing a letter that will be lost in the cloud 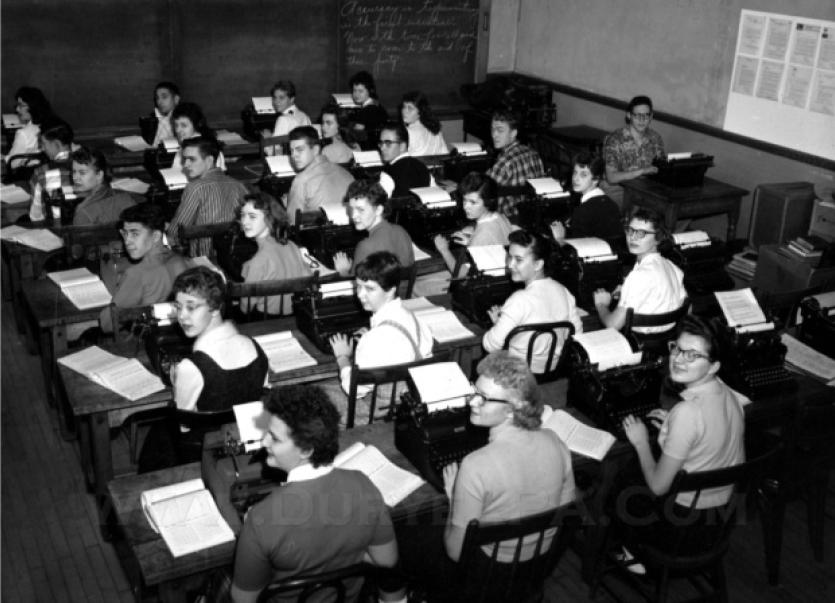 WE’RE all going around with our heads in the cloud these days – except yours truly that is, who, thankfully, still has her feet firmly planted on the ground. “I’m moving to the cloud,” a friend announced last week, when I told her that I was having terrible trouble accessing my emails. “I’ll miss you,” I said, po-faced.

WE’RE all going around with our heads in the cloud these days – except yours truly that is, who, thankfully, still has her feet firmly planted on the ground. “I’m moving to the cloud,” a friend announced last week, when I told her that I was having terrible trouble accessing my emails. “I’ll miss you,” I said, po-faced.

The thing is I don’t even want to hear a mention of the cloud. Ever since Enda Kenny surprised a smart-alec interviewer several years ago with his in depth knowledge of cloud computing, I haven’t been able to look up at a cirrus or a nimbus without feeling that I’m being watched. On the other hand, technology has now left me so far behind that, in the interests of maintaining my dignity, I’m thinking of going back to the typewriter – and the pony express too, if that’s what it takes to communicate with my fellow beings.

So you can imagine then how gobsmacked I was last week to learn that the Department of Education was planning to take ‘Typewriting’ off the list of Junior Cert examination subjects. I didn’t even know it was there in the first place, but it was re-assuring nonetheless to think that we may have been a more down to earth people for the past few years than I had realised. Not everyone has moved to the cloud and not only is Typewriting on the Junior Cert subject list, but apparently hardly anyone who sits it ever fails, and those who take the Higher Level Paper all get honours.

What make of a typewriter are they using, I wonder, because some of those machines are - or were - more challenging than others? Some candidates with streamlined machines could be at an advantage compared to others with bockedy typewriters and God knows, the last thing the education system needs at the moment is another privileged group. When I first came to the Limerick Leader over 30 years ago, I was assigned what I think was a “Royal”, the type used in the war effort in Britain. You had to pound very heavily on the keys to get any kind of a response, and sometimes the effort would force you to your feet. By the time my first week in the Leader was over, I had lost nearly half a stone in weight, and my output was half that of my colleagues.

I was chuffed, nevertheless, to hear that my hero, Ernest Hemmingway, had used a ‘Royal’. Apparently he had the same problem as I had. He always typed standing up, with the machine perched on a high shelf. I tried it once, but it didn’t work for me. Sometimes the ink-stained ribbon would get caught in the mechanism – probably because of the heavy pounding – and I think I’d have found it easier to change a wheel on a juggernaut than to put in a new ribbon. You had to be very nimble and dexterous.

I don’t know what prompted the Department to consider dropping typewriting, if it wasn’t the growing popularity of the cloud. A spokesperson, however, said that kids are now acquiring keyboard skills before they even learn to walk, so by the time they reach Junior Cert it’s child’s play and unworthy of being tested in the Junior Cert. I wouldn’t agree at all. Kids today are being hot-housed in all kinds of disciplines before they learn to walk, so why is typing different?

Anyway, there is a lot more to typewriting than hitting keys. I started typing myself using two fingers, and it took nearly half a century before I finally graduated to four. It’s a skill that demands great practice, but there must be more than that to it, because I’ve certainly had the practice. Also to my great regret, I never learned to touch type. If I had, I might have made some kind of a bash at the Great Novel. As it is, most of my time is spent looking at the keyboard to see where the letters are located.

Typing certainly wasn’t on the old Inter Cert curriculum when I was at school. But then neither was Arabic nor Russian We were severely disadvantaged as far as subject choice was concerned. But I don’t think I’d have taken it anyway, even if it guaranteed another Honour. I had this off-putting image of women in pencil skirts ‘taking dictation’ and then typing a letter, with a couple of messy carbon copies attached, for someone to sign. Dictation, in any form, never really appealed to me.

For all that, I think that Education Minister, Jan O’Sullivan, should think carefully before dropping typewriting from the Junior Cert subject choice. It might be a bit of an anachronism in the age of the cloud, but it could still do wonders for the way we use our minds. Some writers are already abandoning their laptops and going back to the typewriter, because apparently they’ve finally realised that when they use a computer they think through the screen. When they use the typewriter, they think through their heads.

What happens though if they can’t get their heads out of the cloud?