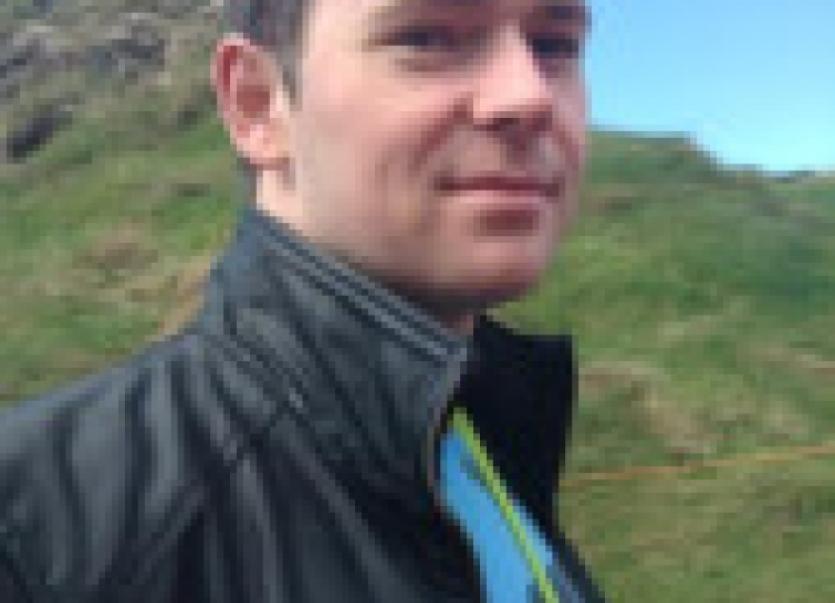 Although, I have lived for some time in Denver, Colorado, and in Cork, Limerick will always be home for me.

Although, I have lived for some time in Denver, Colorado, and in Cork, Limerick will always be home for me.

I have many great memories of growing up in Corbally and the sense of community I found there. I went to Scoil Íde National School, followed by St. Munchin’s College, before finally reading for a B.A. at Mary Immaculate College (MIC) in English, Media and Communications. Since then I have done a Postgraduate Diploma in Education at University College Cork (UCC) and recently finished an M.A. by Research, again at MIC. My thesis investigated American apocalyptic horror films since 9/11. English was my favourite subject at school, and one teacher in particular (Sean Conneally) encouraged and challenged me a lot when it came to using rhetoric and articulating my thoughts.

Despite all this, it was only after I had finished my degree, that I became interested in writing.

Today, from a reading point of view, I enjoy many styles, including science-fiction, fantasy novels, some autobiographies, and even pseudo-academic textbooks. From a writing point of view, though, I am mainly interested in poetry. While I love reading poetry, the truth is I dislike much of the poetry that I read. However, it is with poetry that I am most critical as a reader. The phrase that most people ignore poetry because poetry ignores most people has a lot of truth to it. This is why I try to write poems that many people (not necessarily poetry lovers) will enjoy reading. For this reason, I favour a style that is engaging and readable.

My debut poetry collection called The Rain on Cruise’s Street will be launched in Limerick on July 3.

The title comes from a poem in the book in which the speaker stands still on Cruise’s Street as shoppers flee the rain. Gradually, he begins pinpointing the source of his envy down to a single drop of water, which happens to be trickling slowly down a beautiful young woman’s neck. This, like many of the poems in the collection, is playful and sensuous, a bit quirky, and makes something fresh and, I hope, interesting from something familiar.

Poetry wasn’t always in my family so writing poetry was something that happened really out of a set of circumstances.

After my degree I got involved in the poetry readings that were happening in Limerick and my interest snowballed. I improved in my writing and got valuable feedback from established visiting poets. More importantly, though, a few years before, I came across a poem, entitled Dancing with God by Stephen Dunne, which changed the basis of my views on poetry completely. I was in awe of it since it was just so different to just about all the poems that I had ever read. I thought: this is what poetry should be, and this is what poets should be doing.

Most creative things appeal to me.

However, there could be any number of reasons why creative people pursue lives in writing. For me personally it was all about pursuing pleasure. I love reading and writing and if the day ever came that I didn’t get the same thrill from conceiving an idea for a poem, or from finishing one I had been working on, then I would probably just do something else.

I am not a member of any writing group, and I have never taken part in any writing workshops. It is just not me, to be honest, and while it might have massive benefits for another writer, I am happier to be reading critically and to be learning that way.

Everybody should be free to write.

However, not everybody will imagine a life in writing for themselves. Nobody just becomes a professional writer, after all. It all begins with a need to express one’s self and that is a human need, perhaps even the most fundamental human need. What inspire me are real life situations, as simple as that sounds. It could be anything, somebody ordering in a café, for example, but suddenly there can be a poem unfolding because in an instant I have either thought nothing of it or decided that I can do something interesting with it. It is simply people interacting with their environments and circumstances, and the possibilities are limitless. I have written poems that happened in a flourish and, in that sense, they weren’t difficult. I have others that I have struggled with, too, however, and ones that have died on me. The difficulty of writing, though, generally comes down to the demands that you make of yourself as a writer. If a writer was not finding it difficult, then, I would say that the writer would probably admit that they were not being the best writer that they could be.

Opportunities to tour, read, and promote my new book will be accepted gleefully.

Thankfully, there are quite a few venues on offer both in Limerick, and other counties, such as those offered by Clare Three Legged Stool Poets and Ó Bhéal in Cork. My next book of poetry is already written, and provisionally entitled The End of Ice-Cream. This book is composed of more recent work than those poems being launched in July. While also playful and humorous in tone, they have a darker, less romantic edge, and deal often in aspects of a post-Celtic Tiger Limerick and Ireland.

The Rain on Cruise’s Street, by Edward O’Dwyer, published by Salmon Poetry, will be launched at The City View Room, in The Strand Hotel, Limerick, by poet Eileen Sheehan on Thursday, July 3 at 7.30pm. There will be a wine and cheese reception and everyone is welcome.