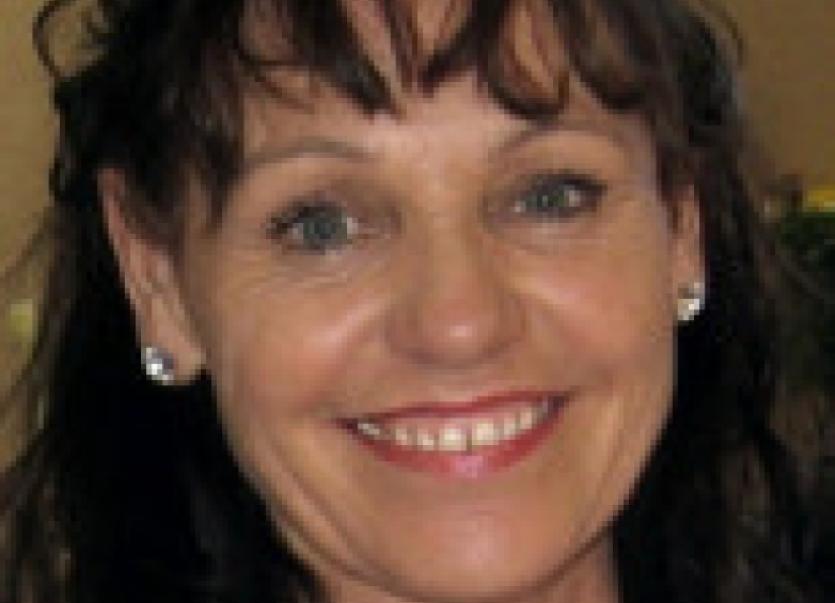 Born the seventh of 12 children to wonderful parents, Mick and Eva,

Born the seventh of 12 children to wonderful parents, Mick and Eva,

I was reared and educated in Limerick. I obtained my Primary Education in the Presentation Convent, and my Leaving Certificate in the School of Commerce, (now CCL). Later, I completed a Fitness Instructor’s course at Thomond College of Education and did Yoga training in London. Today, I work as a fitness/ health trainer at the University of Limerick (UL) and spend time with Special Olympics Ireland and Downs Syndrome  Limerick.

For as long as I can remember, I have always been scribbling stories, dreams conversations and events.

Indeed, my upbringing was that of, being encouraged to use my talents and gifts, for storytelling and song. That encouragement mixed with many incidences and adventures gave me the material to work with. It is not easy, sometimes, being thrown between so many siblings. In order to escape, I wrote as much as I could, especially when I was upset over something. I wrote my first song at the age of 11 or 12 and used to play guitar and have sing along’s with my sisters. I still love family time and we meet collectively for dinner, as often as possible.

Losing my mother at the age of sixteen had a huge impact on my thinking.

Two of my best friends at Leaving Certificate level, had no mothers either. Both of them died of cancer shortly before we met each other. I got married at the age of nineteen, had four pregnancies, and three children within five years. Sadly, my marriage fell apart after just six years and I was, from then, a separated Mum with three babies. This, in itself was a load in the 1970s. I moved to Germany to work and now speak fluent German after living there for fifteen years. Today, I have five beautiful grandchildren and three wonderful children with great  partners.

When I returned from Germany, five years ago, I experienced more tragedy in the family with three deaths occurring, within weeks of each other.

The third death was a cousin of 60 years of age who had carried the coffin of his father-in- law a week previously. He got a tumour the day after the funeral and passed away within the week. Later, I wrote of his progress, his pain and what I thought was going on in the minds of his family. I wrote it out as a poem. Then, in October 2013, I heard of the White House poets and their Open Mike forum. I brought the poem with me and read it with great emotion. This was the first time in my life that I had ever read or indeed shown anything that I had written in public. Even my family did not get a sneak preview. This started me on an amazing poetical journey.

Recently, I have had my own health issues. I am, now, in remission from cancer for the last two years.

After I received the news that I was clear, I started contemplating putting a collection of writings together. So I started to dig up information about my grandmother because I never knew her and at the same time I realised that my children never knew their grandmother either, nor indeed my mother. So, all three generations of grandchildren never knew their maternal grandmothers due to untimely deaths. It could have been the fourth, but I beat cancer and this gave me the incentive to write about my family by putting the collection together.

Great encouragement was given to me by the writer John Liddy.

Today, I have been the recipient of a Desmond O’ Grady Prize, in 2009, for my poem This Photograph I Have Of You. My poems were published in SEXTET (Revival Press, 2010), an anthology of six poets, and I have been guest speaker at many literary venues subsequently. My work has, also, featured, or is forthcoming in, the Blue Hour Magazine, Boyne Berries, the Hungry Hill Anthology, the Revival Journal, Poem Hunter, Anthology of a River, Love anthology, and the Limerick 12.12.12 Collection of Art and Poetry currently on exhibition at UL. In all this, I believe that my grandmother shadowed me from the spirit world and helped me to get my book  finished.

My first solo collection of poetry and short stories will be published by Revival Press over the summer.

These poems are all composed of events in, or that have touched, my life. In essence, it is short story information that I have been collecting for over 20 years. It was very difficult to find factual information about my ancestors. The main story is a beautiful tale of my Grandmother, who was sent to America to be reared at the tender age of two years. The other short stories touch on life in Limerick City and County from the early 1900s right up to WWI. I take part in a writers’ group once a month when we literally tear each other’s work apart in order to make it better. I, also, work with a group of adults with special needs at the Daughters of Charity helping them to read, write and compose poems together.

During a residency at the Tyrone Guthrie Centre, in October 2013, I finally finished my book.

Here, I met the very interesting, beautiful and talented Lisa Dwan. She is a dancer and actor based in London who has performed with the likes of Martin Sheen and Richard Dreyfuss. Indeed, she has, also, been acting out plays for a number of years and performed on a number of occasions in London Theatres. She does a perfect rendition of Samuel Beckett’s Not I. I would love to be a full time writer, and maybe when I see my work in print, it will encourage me to do even more!

For more information about the launch of Evelyn Casey’s debut anthology please see the website: www.limerickwriterscentre. com