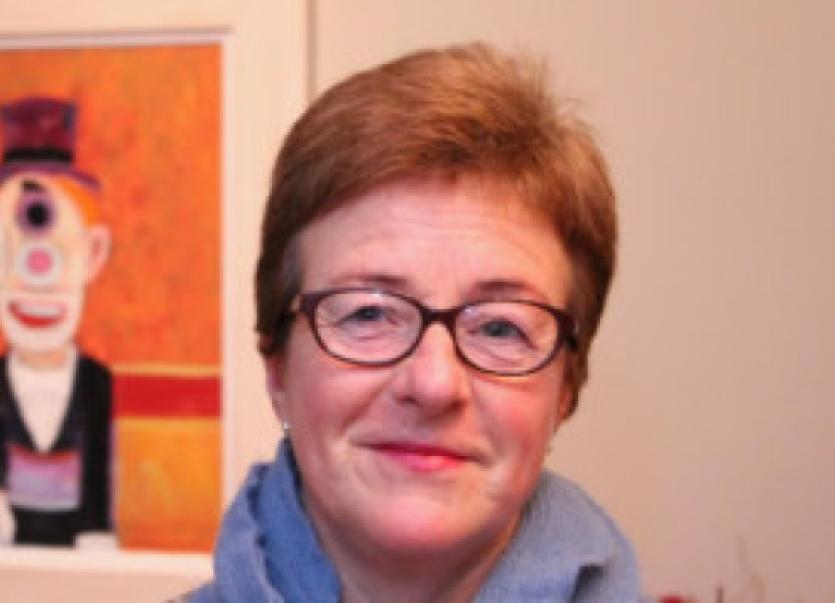 Though Dublin born, I was brought up in Limerick and have spent most of my life here.

Though Dublin born, I was brought up in Limerick and have spent most of my life here.

I lived off the North Circular Road and have fond memories of my early school days, at St. Philomena’s, on the South Circular Road. I continued on to the Laurel Hill Coláiste, which was run by the FCJ nuns. Always an avid reader I had a strong interest in the arts and literature in general. It was a small school in those days, and we had a great class, some of us have remained in contact for over thirty years. The sports facilities in Laurel Hill were second to none, as were the magnificent school gardens. There were two grass hockey pitches (one was on a terrible slope!) in addition to the, then, state-of-the art all weather pitch.

To pursue my career, I went to Dublin, studied English literature and spent seven years with RTÉ.

I worked in Television, in Light Entertainment, on programmes like The Live Mike and the Eurovision Song Contest. I, subsequently, worked in a variety of roles on Radio One. Moving back to Limerick in 1987 (to get married) I was keen to pursue a career in Public Relations or the Arts. However, I ended up in Guinness Peat Aviation (GPA), the late Tony Ryan’s world leading aircraft leasing company. I worked in the Corporate Communications Department for close to a decade. They were great years; while you worked hard you were well rewarded for your efforts. Everyone, who worked there, learned a certain work ethic that has certainly remained with me, throughout my working life. Tony was a great philanthropist and lover of the Arts and we undertook some very prestigious sponsorships including the GPA Dublin International Piano Competition, GPA Awards for Emerging Artists, GPA Music in Great Irish Houses and the GPA Book Award.

My husband, Dave Griffin, works in Dell, Limerick, and is, also, a lover of the arts.

He is an active member of The College Players and is well known on the musical scene, having performed in numerous shows over the years. We have 21-year- old twins, Alex, a keen rugby player with Garryowen is currently on a gap year in New Zealand, while studying Architecture, at UL.

If I had no ties, and plenty of money, I would love to be a travel writer.

I would relish the opportunity of seeing more of the world and put pen to paper about my experiences. I always envied Peter Mayle, the way he upped sticks and moved to Provence or, indeed, Dervla Murphy who took off from Ireland and cycled to India and wrote of her adventures. In particular, I would like to visit Egypt, North Africa, the Lebanon and Syria, where my father was based with the RAF during World War Two.

In 1996, I joined the University Concert Hall (UCH), in a marketing role, and was introduced to the Irish Chamber Orchestra.

Within two years, John Kelly, then Chief Executive Officer CEO of the ICO, asked me to come and join the orchestra as Marketing and Press Officer. I am still, here, sixteen years later. The ICO has a core staff of just five. It’s a busy office. We work very hard and run a tight ship. We are wholly funded by the Arts Council of Ireland, and like other organizations, our funding has been cut, with staff numbers being reduced accordingly.

The ICO concert season, runs from September to April, in Limerick and Dublin.

There are two national tours per annum, along with numerous international concerts/festivals. We, also, run a very successful Community Engagement Programme offering music as an instrument of social change. This introduces children to creativity, and innovation, thus, helping them to reach their full potential as individuals. Although, everything is a ‘hard sell’ now, we still have a very loyal following in Limerick and we try and keep our programmes as interesting as they are diverse. Last year, we had a series of very successful collaborative concerts with dancer, Colin Dunne and most recently, on New Year’s Eve, with Dolores O’Riordan. 2014 promises to be just as memorable as we celebrate Limerick, our City of Culture.

During my time, the ICO has had a succession of illustrious Artistic Directors including Fionnuala Hunt, Nicholas McGegan and Anthony Marwood.

Their input has been significant in the growth and evolution the orchestra into a vibrant, dynamic and progressive ensemble. Currently, we work with two fantastic artistic partners, Gábor Tákacs Nagy (Principal Artistic Partner) and Jörg Widmann (Principal Guest Conductor/Artistic Partner) who have opened international gateways to the ICO. Both have a very clear vision of what they want from the orchestra and what they want to deliver in terms of programming.

For the first time, the ICO will join forces with award-winning theatre director, Patrick Mason, to present an original piece of theatre.

Entitled My Brother Peter, with live orchestra, it is based on the life and works of Tchaikovsky and stars well known actor, Bosco Hogan. My Brother Peter is a fascinating piece of theatre. Its music captures the achievement and tragedy of a man who created some of the greatest and most instantly recognisable music ever written. Tchaikovsky’s best-loved music creates an illusion that it arrived in this world effortlessly and the ICO, under Katherine Hunka, delivers it to us seamlessly!

My Brother Peter will tour eight venues nationwide, including The Lime Tree Theatre, Limerick, on Saturday February 15th. Information on Bookings can be obtained by calling (061) 774774 or by accessing the website: http://limetreetheatre.ticketsolve.com/shows/873483755/events. For details of other performances please see the website: www.irishchamberorchestra.com