McNamara fears Lough Derg could end up ‘like Aral Sea’ 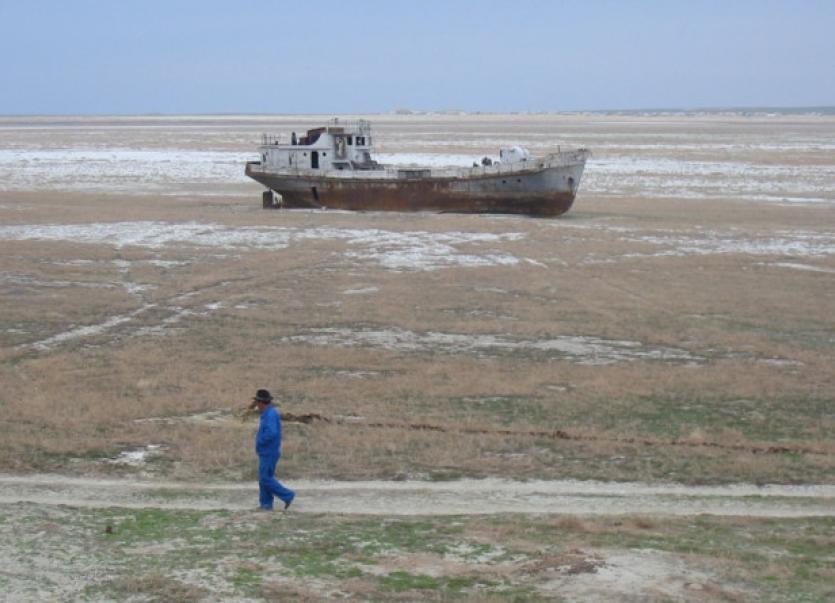 PROPOSALS to take hundreds of millions of litres a water a day from Lough Derg and pump them to water-starved Dublin can only proceed on the basis that no environmental damage is caused to the Lower Shannon, Minister of State Fergus O’Dowd has said.

PROPOSALS to take hundreds of millions of litres a water a day from Lough Derg and pump them to water-starved Dublin can only proceed on the basis that no environmental damage is caused to the Lower Shannon, Minister of State Fergus O’Dowd has said.

But Deputy O’Dowd told the Dail that the water abstraction plan - which Dublin City Council is expected to lodge with An Bord Pleanala - was not a “Clare against Dublin” issue but an attempt at a solution for the whole country.

His remarks followed an emotional Dail appeal from the Labour TD for Clare Michael McNamara for “guarantees” from government that water levels on Lough Derg would not be affected by the €500m proposals.

“No more than anybody else in the Mid-West, I do not want to live beside a latter-day Aral Sea but beside a beautiful waterway,” Deputy McNamara said in relation to the reduction of the Aral Sea - once the world’s fourth biggest lake - to one tenth of its original size after grandiose Soviet irrigation schemes led to environmental disaster.

A report to government this year had found over two fifths of water supplied to Dublin City Council was unaccounted for. The solution to water shortages in the capital centred on the proposal to extract huge volumes from a water body protected under EU law.

“Under the accompanying regulations, farmers adjacent to the lake cannot take water for their livestock to drink without getting permission to do so. Now it is proposed to divert that water to Dublin so people can wash their pets” Deputy McNamara said.

Minister O’Dowd responded that the debate should not be framed in terms of “robbing Peter to pay Paul” and this was an issue that should united the nation rather than divide it.

“We must ensure that every part of the country, be it Clare, Galway, Dublin or elsewhere, has an adequate and proper water supply. Most important, we must ensure jobs are maintained and that people can wash themselves and work in an industry that requires considerable water. The water supply in the greater Dublin area feeds the ICT sector and other water-intensive industries. It also feeds agribusiness. Dublin absolutely needs a water supply,” he said.

It was the minister’s information that the actual proportion of unaccounted-for water in the capital was 28%, ranking the city among the best in Europe.

But he agreed with Deputy McNamara that there must be no environmental damage on the Lower Shannon if the proposals go ahead.

“As the water can only be taken at particular times, as the Deputy rightly points out, the level of the Shannon cannot and must not be affected by the abstraction. It will be done according to a proper and due process, through the EPA and the planning system. There is no question but that it can only be done properly in environmental terms,” he said.

Deputy McNamara went on to criticise the assumption that ICT jobs must always go to Dublin.

“I represent Clare in the Mid-West, which has the highest unemployment rate in the country. There is an empty Dell plant sitting in Limerick and I am damn sure that many people in Limerick city would like to work in ICT. There is no reason that I can see why every single ICT job has to be located in Dublin rather than the Mid-West. If water is a prerequisite for this kind of work, it should be noted there is plenty of water and power in the Mid-West.”

Minister O’Dowd again appealed to Deputy McNamara to look at the national picture but agreed that communities along the Shannon would have to derive some “benefit” if the plans go ahead.

“There must be additional improvements to tourist and other amenities on the River Shannon,” he said.