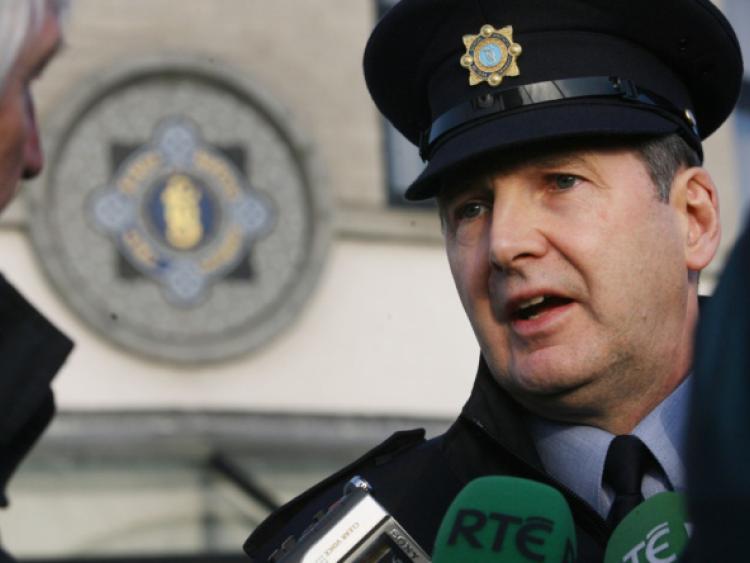 “IT’S every person’s nightmare to see a guard coming to the door.”

“IT’S every person’s nightmare to see a guard coming to the door.”

Former Superintendent Frank O’Brien, who has retired after a 34-year career in An Garda Síochána, has perhaps stood in front of more grieving families than most.

He has had to relay details of heinous crimes, murders and road traffic accidents, and regardless of the scale of the emergency, it doesn’t get any easier.

Neither, of course, does he want to be in that position himself.

“If someone came to my door, your automatic reaction is that it’s associated with bad news. It’s never viewed as something positive. Nothing ever equips gardai to deal with that.”

A native of Nenagh, who spent 11 years in Limerick over two terms and tumultuous periods in its history, his career ‘highlights’ have included leading a number of high profile investigations, which have lead to a massive reduction in gangland crime in Limerick city.

While he has become a well-known figure in Limerick, he says: “I was visible, but I was simply part of a team, and giving direction to it.”

Instead, he directs attention to the merits of the force, how its resources have to be protected, and the “unsung heroes” of the gardai who work quietly in their own local communities. They are, he says, “the people who don’t make the headlines, who aren’t photographed going in and out of court, who deal with the bread and butter issues and deal with them very, very well.”

But there are threats to the force, and potentially the stability of Limerick if there isn’t a blueprint for policing and recruitment for the next 20 to 30 years, he feels.

“Every generation brings its own problems. When I started in Limerick [in March 1995, at Roxboro Road] the focus on criminality was in one area, but when I returned nine years later it had shifted significantly.”

After being stationed in Kerry for three and a half years, it was a shock to return to Limerick and see a very different landscape in every sense, and one with much greater challenges.

“The biggest thing to hit me was how things had deteriorated so badly in the intervening years, from when I left, to how things had gotten worse in the southside area of the city.

“The social deprivation was really frightening, and the really difficult part was trying to reconcile the limited resources available to address the huge problems that existed in those areas and at the same time meet with wider policing services throughout the community.”

The long-awaited response from the State resulted in the John Fitzgerald report, the establishment of the Regeneration agencies and – crucially – 100 extra gardai, who were “rolled out very, very quickly”, but clearly not before time. While many of Limerick’s notorious criminals are now behind bars, there is still no cause of complacency.

“The dynamics have remarkably changed in Limerick over the past 10 years, but it’s still an ongoing work. I wouldn’t feel that it’s now time to put the feet up. I think it would be very remiss of all agencies to sit back now when demands are less, and not examine of the causes of the problems we’ve encountered in this city.

“Limerick has, relative to its population, a completely disproportionate number of problem areas, such as high unemployment, high levels of social housing concentrated in certain areas. They need to be tackled now. It’s sad to think that in the Celtic Tiger years, in areas where you have marginalisation, things got worse for them rather than better.”

The extra gardai on the ground had the effect of stabilising communities, at a time when people lived in fear, and in many cases felt forced to flee their homes due to terror, threats and intimidation.

“We all think of the serious criminality and the level it was at, the loss of life and intimidation, but there were other areas - quality of life issues, public order, criminal damage that were almost insidious in the community and that were preventing people from living their lives as they wanted to live.

The strength of criminality in some areas – where people’s “everyday diet was one of absolute mayhem” – was “preventing any sort of community spirit”.

“There were high levels of crime across the district with unfortunately a low level of detection and a lot of that was attributable, not to any lack of skill or expertise by the gardai, but simply that resources were so stretched. You were responding like a fire service – you were putting out fires rather than being able to engage with communities and deliver normal policing.

“But that sense of frustration was used in a positive way to try and respond to people, who by and large are good upstanding people, and like us all, are trying to rear their families and get up in the morning and go to work. There’s nothing unusual or unique about them, but they were unable to do so.

“Where you have a situation where people have to move out of their homes because of criminality, that’s very sad for society, and very sad for policing, because it shows there’s a failure somewhere – and that’s what was happening. People were pulling out and leaving behind the homes they had invested in. That’s very sad and frustrating when you see that happening and know your power to respond is limited.” He says he has “every confidence that the right strategies are in place here in Limerick and there’s an alertness to plan and prepare for what’s ahead.”

Now 59, he joined the gardai at the age of 25, primarily down to a local sergeant, a Kerryman, “who almost frog-marched me down” to the station, and got him signed up.

He did his exam in St Mary’s Hall in Limerick, and officially joined in June 1979. The eldest of nine, he had no family members in An Garda Siochana before him, and no one since. It was never a 9am-5pm, Monday to Friday job, and he acknowledges that it can put a strain on some family relationships due to its unpredictable nature.

“The phone could ring at 3am, and the response has to be automatic. It’s the nature of the emergency services. Things happen, they’re not planned or scheduled. They probably happen at the most inconvenient time, and the gathering of evidence is critical to any investigation. Time is of the essence, time is critical in terms of establishing the facts.”

On a personal level, he said he will “miss the cameraderie” amongst his colleagues, making a difference in communities, and being there to “protect and serve people”.

“Each person connected to An Garda Siochana plays a part in resolving the problems that have existed here. It’s not down to any individual. It has been a real team effort, comprised of individual gardai whose names will never be known publicly, who through the connections they have, the confidence their community has in them, they’re the unsung heroes, and the strength really of An Garda Siochana.”

On a professional level, he’s leaving behind a number of unsolved cases, including several murders and numerous cases of missing people from Limerick.

“What upsets any investigator more than anything else is the inability to get all the pieces of evidence before the courts.

“They’re not just cases, they’re somebody’s son, daughter, brother or sister, and it’s sad when on the one hand you know who has carried out these crimes but unfortunately you don’t have the judicial evidence necessary to bring a case against those responsible. It’s not down to any lack of determination behind the investigation. The strength of An Garda Siochana is that it’s comprised of many men and women who are compassionate and have empathy with victims. Unfortunately policing doesn’t always present the luxury of bringing every case to a conclusion.”