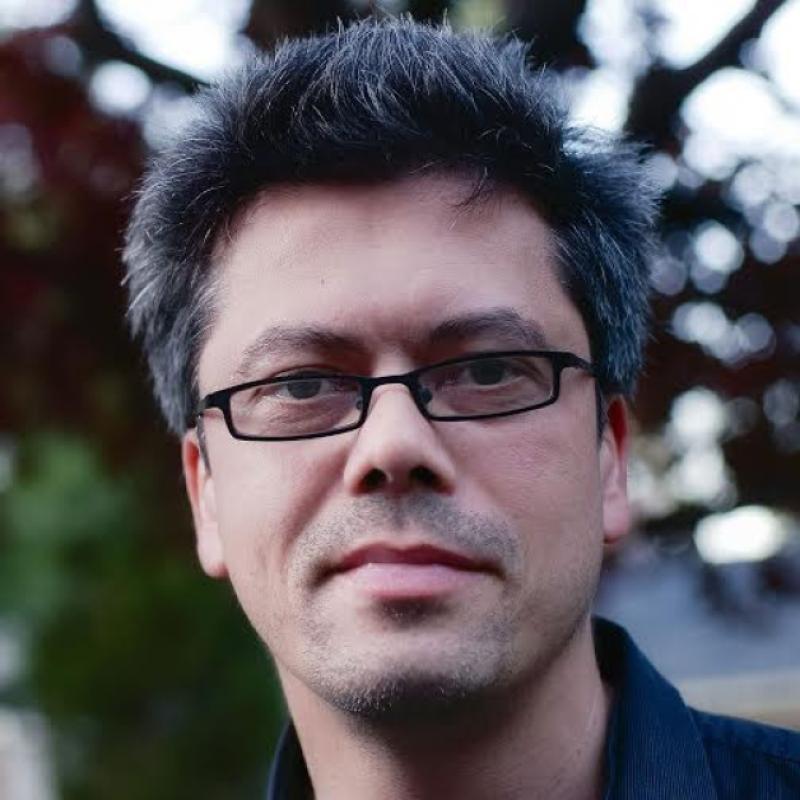 Having grown-up in Canada, I spent most of my time in London, Ontario.

Although London is an amazing place, with cynosures on every street, Limerick has been my home for the past thirteen years. Indeed, living on an island within an island encourages me to think of places in terms of their connections. My first degree was in Theoretical Physics, which is fascinating and mind-bogglingly complex. Indeed, certain matrices continue to haunt me today. Then, I studied as an audio engineer, since I enjoy the way tape spools! More recently, I undertook a Master’s Degree in Music Technology at the University of Limerick (UL) and now teach Acoustics and Psychoacoustics, a subject which combines hard science with the mysteries of perception. I am currently reading for a doctorate at De Montfort University, Leicester. How is all this possible? I have never owned a television!

My interest in music started early.

When I was three years old, for example, I danced in the back of my parent’s Mini to the sound of the Beatles ‘Yellow Submarine’ playing on the radio. Later, I was a boy chorister and even studied classical viola. When punk and post-punk arrived, it changed everything for me. My first rock concert was The Boomtown Rats and I went on to be a DJ at The University of Western Ontario, producing my own FM radio programme for over a decade. As my musical tastes evolved, I began creating tape and electronic music and have even performed a few techno gigs. Most of the albums released are on my own label ‘Stolen Mirror’, which is about to issue some fascinating work from other Irish composers.

Most people, today, don’t realise that Ireland has an amazing experimental music scene.

Indeed, players, here, are as likely to use wire and stones as anything resembling a musical instrument. I’m on a few records with people like: The Quiet Club, Harry Moore, Katie O’Looney, Anthony Kelly, David Stalling, and others I hate to omit. It’s gratifying to be part of such a special community. They are all such sensitive listeners and responsive players. I am, particularly, interested in why we are drawn to certain places, how they resonate in memory, and the stories we tell about them. For some years, now, I have been making compositions using field recordings with some of my pieces being played in the USA, Canada, Portugal, Slovenia, and the UK.

I firmly believe that you only live once.

In this regard, I have eaten fish-burgers in Seattle; wild truffle in Slovenia, and pigs feet in Estonia. I have hunted lizards in the deserts of Utah and spotted a wolf in an Ontario white-out. I was shot at in New Hampshire and interrogated under guard in Detroit. I delivered a paper on ‘Doctor Who’ at a philosophy conference in Wales, and once listened to absolutely nothing in a Norwegian fjord. While working for a hotel magnate in New York, I was almost adopted by a religious sect from Upper New York State. I, also, recently enjoyed hunting baby dragons with my daughter in the National Gallery, London.

Named after Rabindranath Tagore, an Indian poet who won a Nobel Prize for Literature in 1913, my father made me memorise some of his poems as a child.

What I enjoy about poetry is the difficult contemplative process of crafting images into words. There is, also, the terrifying prospect of sharing a poem with someone else. For me, poetry is a living thing. I love readings but avoid the incestuous hierarchies of the publishing world. Instead, my work attempts to get outside the usual hermetic language of poetry. I tend to use found texts, or invoke the language of science. So even when I write about romantic topics, (such as the moon, the forest, the sea), I can find something new to say. There is, also, beauty in our built environment. For example, a recent poem of mine is about a motorway intersection in Preston.

There are many reasons to write poetry and it is likely that all of them are valid.

You can write poetry out of pure aesthetic interest or to work through emotions, as some sort of psychotherapy. But the best poetry is written because you have no choice. Being an artist, today, is often treated as a job or a career choice. It isn’t. Being an artist is an inevitability. I have known this since I was a child. My teacher in primary school, Mr. Marshall, introduced me to Max Ernst through a print of ‘Two Children Are Threatened By a Nightingale’. I knew, then, that poetry, art and politics are all one and that my job was to question everything. I immediately went off and read Solzhenitsyn. Other authors followed including: Franz Kafka, P.K. Dick, J.G. Ballard, William Burroughs, Marguerite Duras, Jorge Luis Borges, Steve Erickson, Alain Robbe-Grillet, Christopher Dewdney, Julio Cortázar, and Jean Baudrillard.

Some years ago I got involved with the Cuisle Limerick City International Poetry Festival. It started with me simply attending events, and continued by volunteering my time. Then, when an opening became available, I was asked onto its organising committee. Among other things, I created the website, managed the social media presence, and helped to host visiting guests. Meeting people like Macdara Woods and Iztok Osojnik made all that work so very worthwhile!

Robin Parmar will be performing at the Sonic Dreams Festival, in Waterford, on September 26, he will have a film screened at the Light Moves Film Festival, at Dance Limerick, in November, and will lecture at the upcoming Joy Division Conference, hosted by UL. If you are interested in reading more please see: www.robinparmar.com