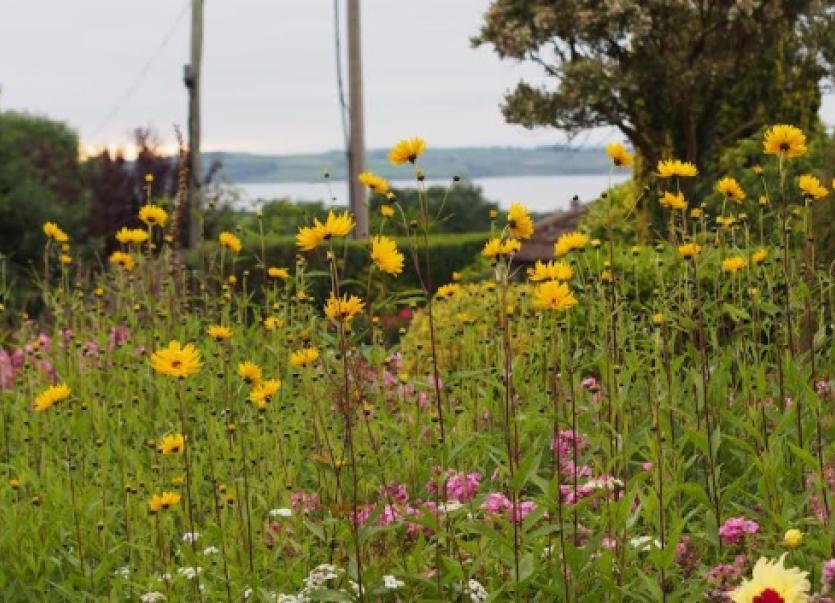 Cimicifuga simplex ‘Brunette’ is a variety that we have grown for a number of years. It is a clump forming perennial with very dark purple foliage and purple stems. It grows about three feet tall. The plant is sure to turn some heads at this time of the year when it produces arching stems covered in slightly purple tinted white flowers. The flowers really stand out against the dark foliage. It flowers from September to October.

Rudbeckias are late-flowering herbaceous plants that range in height from 18 inches to 6 feet. Some varieties can become invasive and spread through the herbaceous border. They produce large yellow or orange daisy-like flowers with dark centres, the flowers can be 6 inches wide. They flower from late summer to mid autumn. They will grow in any moderately fertile soil that does not dry out. Rudbeckia fulgida grows three feet tall producing an orange-yellow flower. Rudbeckia hirta ‘Becky Mixed’ is a dwarf plant that grows 10 inches tall and produces flowers in shades of yellow, orange and red.

Tomato plants are producing a bumper crop at the moment and the surplus tomatoes can be used to made chutney. Take 2lbs of tomatoes and place in boiling water to remove the skin, then slice them thinly and place in a heavy-based saucepan. Finely chop half pound of courgettes and a half pound of onions and add to saucepan with a teaspoon of the following: salt, ground coriander, ground cinnamon and half teaspoon of paprika and a quarter pink of vinegar. Bring to the boil and simmer for about 30 minutes. Add a further quarter pink of vinegar and 6ozs of brown sugar and stir until sugar is dissolved. Simmer uncovered for 20-30 minutes, stirring occasionally, until chutney becomes thick and there is no excess water on the surface. Pour into hot jars, seal and store for a week before use.