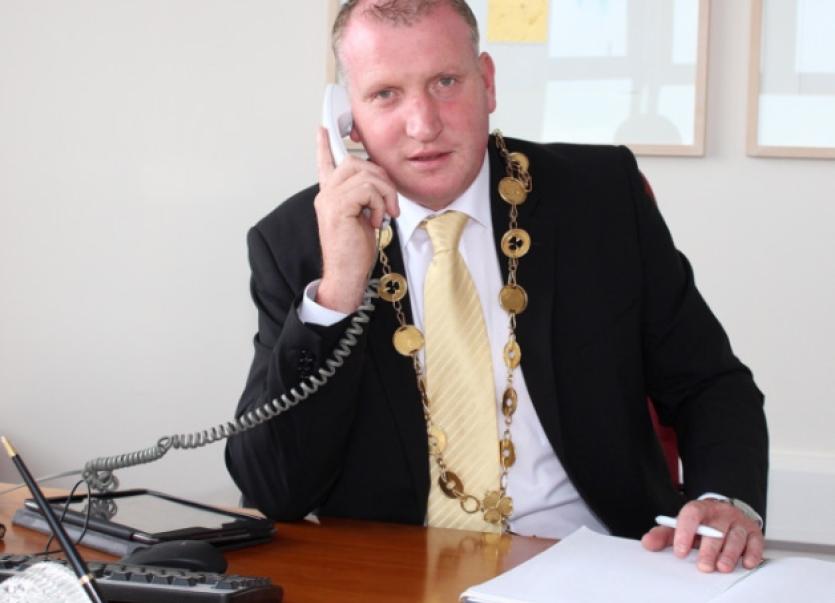 THE new mayor of Limerick Liam Galvin has launched an attack on Sinn Fein and the Anti-Austerity Alliance.

THE new mayor of Limerick Liam Galvin has launched an attack on Sinn Fein and the Anti-Austerity Alliance.

He said if Fine Gael was ever to do a deal with Sinn Fein, he would resign from the party.

And he also accused the Anti-Austerity Alliance (AAA) of giving the electorate poor advice, asking: “Do they want us to be the next Greece?”.

At the election of the metropolitan mayor Jerry O’Dea, Cllr Quinlivan criticised both Fine Gael and Fianna Fail for taking the key positions on the local authority.

He has suggested in the past the d’Hondt system is used when it comes to giving out positions.

Put simply, this would mean the party or individual with the highest number of votes - not the number of seats - would get positions.

Mayor Galvin said: “Sinn Fein has no problem coming to a pact in Dublin when it comes to electing a mayor for their party. So Maurice Quinlivan wants to start telling people straight out what he wants. Does he want a pact like we have here, the same kind of pact his party is involved in in Dublin?”

However, Cllr Quinlivan hit back, saying that in Dublin City Council and South Dublin, where there was a left-wing ruling coalition, Sinn Fein offered to implement the d’Hondt method, a move which would have seen Fine Gael and Fianna Fail councillors take positions ahead of themselves.

“I topped the poll, and got the highest vote of any councillor. Séighin O Ceallaigh probably came second in the city area. He got 1,705 votes, and Jerry O’Dea gets 619 votes, and he is elected mayor. Where is that fair? We have more first preferences than the five Fine Gael councillors in the city,” he said.

On the AAA, Mayor Galvin- who will chair full council meetings for the next 12 months - said: “I have very little respect for the way they carry on both inside the chamber, outside the chamber, and the advice they are giving people on the property taxes, and water charges.”

He said while is unhappy with the manner in which Irish Water was set up, he believes there is a need to charge for water.

Mayor Galvin added his family has paid water charges for the last 40 years, since they have a well on the family farm in Abbeyfeale.

“In fairness, water costs money. The person running a well will tell you it costs money, be it on electricity or repairs. People have to rely on it, it has to come from somewhere,” he said.

He also accused the three-member bloc of failing to show the mayor respect.

In response, AAA councillor John Loftus accused the mayor of being “sanctimonious”, claiming that people pay for water through VAT.

“I thought he was supposed to represent the whole county, and he is having a spurious dig at us. The first time he spoke to me was the day he got elected. Previously, he had never opened his mouth to me,” he said.