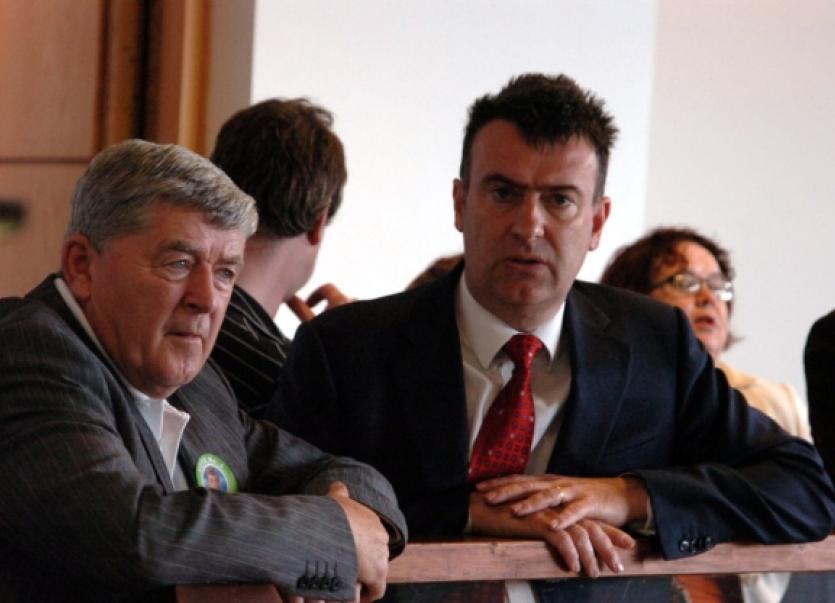 LIMERICK City and County Council is set to build a new social housing estate on a greenfield site at the edge of Caherdavin.

LIMERICK City and County Council is set to build a new social housing estate on a greenfield site at the edge of Caherdavin.

But the plans, which have a budget of €7.1m, have left councillors concerned at the impact on residents nearby, plus there are fears the council tenants who do eventually move in there will be left isolated due to a lack of amenities.

At a behind closed doors northside area meeting, councillors were given details of the plans to build 40 units in Clonmacken, just off the Condell Road.

A local authority spokesperson said tender documents are currently being prepared, and it is anticipated planning permission will be sought by the end of the year.

The scheme – which will help reduce the council’s housing waiting list – will be built next to an area where planning permission is already in place for over 400 private units.

Local Fianna Fail councillor Joe Crowley said residents are “p****d off” at the proposals, while Cllr Michael Hourigan, Fine Gael, said: “If you do not put all the support services in with social housing, then you are creating a problem.”

“This is clearly and unambiguously outlined in the Fitzgerald report. A lack of infrastructure was the cause of major problems in Moyross,” he said.

Cllr Hourigan added: “Where are the social supports a young mother would get in Kileely, in Moyross now,

and in the Lee Estate? If they are elderly people, it is the same story. How are they going to access these services,” he asked.

Cllr Crowley said residents of Caherdavin have had enough of social housing tenants moving into rented accommodation in the area.

“I would be very vehement in supporting the Caherdavin residents. People in Knocklyon and Clonmacken itself are feeling they are going to be affected by this. I can understand their frustration,” he told the Limerick Chronicle.

He also raised concerns over the existing sewerage system in the area, which he said is “totally inadequate” as it stands.

A further development, he argued, would put further pressure on it.

Developing in Clonmacken is a departure for Limerick City and County Council which in recent times have largely focused efforts on the regeneration estates.

A spokesperson for the local authority said: “The site was chosen from lands currently in tyhe ownership of Limerick City and County Council. The site is zoned for residential use, is accessible and in close proximity to local amenities.”

The spokesperson added that before a planning application is submitted, a full detailed investigation of the site will be carried out.

This will include a flood risk assessment.

The council confirmed it received approval in principle for three other social housing projects from the Department of the Environment, Community and Local Government.

These are for 20 units at Lisheen Park, Patrickswell, 20 at Glenview in Hospital and 30 at Deerpark in Adare.