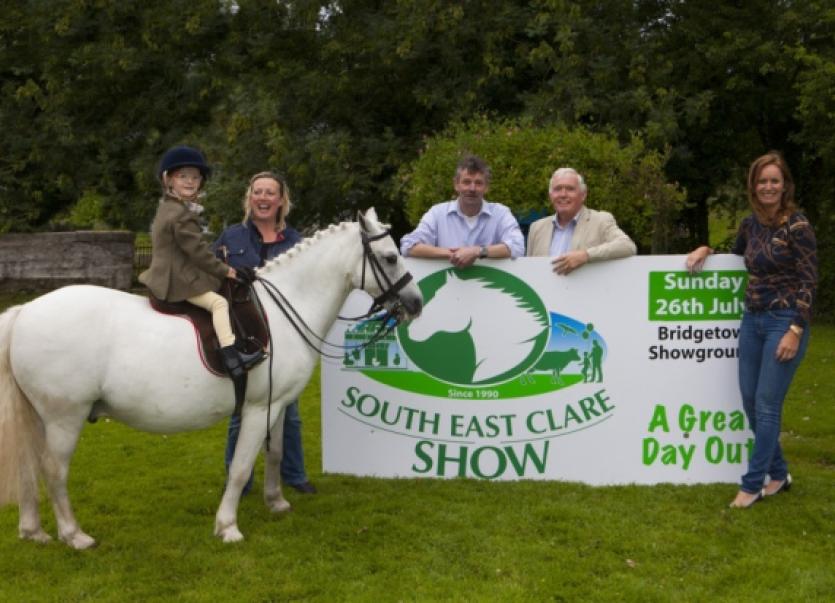 South East Clare Show has chosen Milford Care Centre as its charity of choice for proceeds from the event.

South East Clare Show has chosen Milford Care Centre as its charity of choice for proceeds from the event.

The 25th running, which takes place in Bridgetown on Sunday, July 26, was launched on Friday night.

A drizzly evening did not affect the turnout of the local Bridgetown community, councillors and sponsors on the community green.

Yvonne McNamara, show secretary, promises a fun day out for all with the added bonus of knowing you are supporting Milford.

“The committee looks forward to presenting a donation to this community which touches the hearts of so many people,” said Yvonne.

Brianna Lynch, Killaloe, who also touched the hearts of many with the story of her incredible connection to a Great Dane who can detect the onset of a seizure, was a special guest.

To celebrate a quarter of a century organisers announced additional activities for families, children and patrons in the leisure and competitive capacity.

“You will be greeted on arrival by the Garda Mounted Unit. With a total prize fund of €20,000 and more than 2,500 equestrian, cattle and horticulture entries expected, the 2015 show will draw thousands of people to watch feature classes such as Cavan Equestrian Centre Elite Sales Qualifier and Millstreet Qualifier 2015 for young horses, Champion of Champions in the Limousin pedigree cattle section.

“We have something for everyone, including a comprehensive programme of children’s entertainment including bouncy castles, mobile pet farm, archery, ceramic making and many dog showing classes,” said Yvonne.

A selection of farmers market style stands will suit foodies’ tastes as will Catherine Leyden of Odlums and TV3. She will give two baking demonstrations.

Those that come in dapper attire are in with a chance of winning best dressed lady, bonny baby or little miss competition. Vintage cars and tractors will be on display and East Clare Harriers Hunt parade the hounds at 3pm in the main jumping arena,

They look forward to a big crowd on Sunday, July 26.