Limerick volunteers in top gear ahead of Drive to Survive 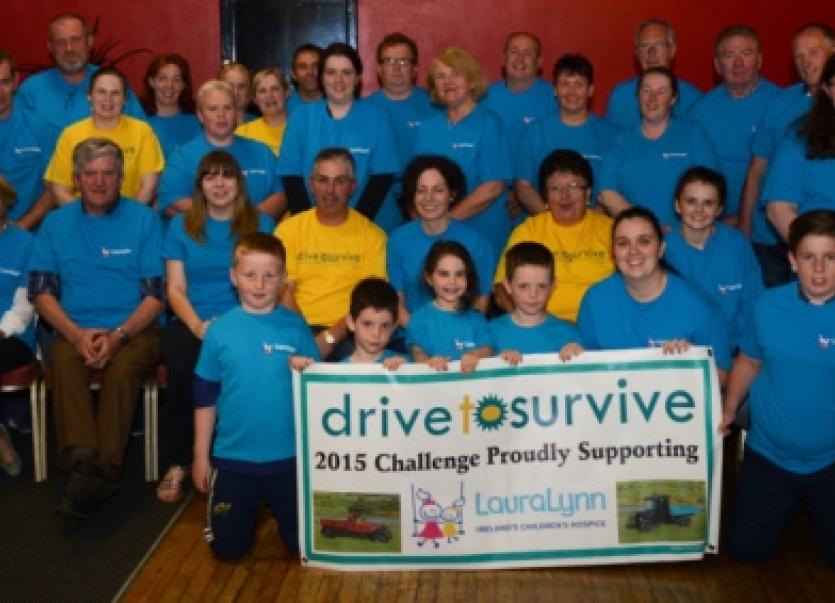 AN ARMY of up to 60 volunteers from across Limerick and beyond are preparing to hit the open road and travel through Munster to raise vital funds for a children’s hospice.

AN ARMY of up to 60 volunteers from across Limerick and beyond are preparing to hit the open road and travel through Munster to raise vital funds for a children’s hospice.

The Drive to Survive 2015 will take place on the August Bank Holiday weekend, Friday, July 31 to Monday, August 3.

“There are 24 people going for the full four days of the drive - they will be on the road constantly - and we also have about 40 more who are going to do daily collections - they won’t be staying overnight,” explained John Curtin of Ballylanders.

A safety meeting for all the participants involved in the drive and the collections took place this Tuesday night in Gallahue’s Hall, Ballylanders.

For this year’s challenge, the team will travel through Munster with their Model Ts and army of volunteers to raise funds for the vital charitable foundation, LauraLynn – Ireland’s children’s hospice.

“We have one minibus that will be filled with collectors and that will be going to the major towns and cities. We are hoping that the local collectors will collect in the smaller towns in between,” he added.

Volunteers from all over Munster including Clare, Limerick, Tipperary, and Cork will be taking part.

“We did a road trip in 2013. We didn’t do a road trip last year - we had fundraisers,” said John who is one of the 24 people who will travel over the four days.

“Most of the route will have collection boxes in shops and garages. This time it’s all in aid of LauraLynn.

“All our volunteers are paying for their own accommodation, their own meals - everything. There is no money coming out of whatever donations are given.”

The Drive to Survive inaugural road trip in 2013 raised in excess of €140,000 for hospice care in Ireland, with €42,000 and €30,000 of the total monies raised allocated to Milford and Marymount Hospices respectively.

All monies raised in a locality were redistributed back to their local hospice.

The volunteers travelled for the week throughout the 26 counties.

This year 100% of all funds raised by the Drive to Survive 2015 fundraising team will be allocated to the LauraLynn Children’s Hospice.

It is the only children’s hospice currently based in Ireland.

The route for the event and additional details can also be found on the Facebook page https://www.facebook.com/drivetosurvive.ireland