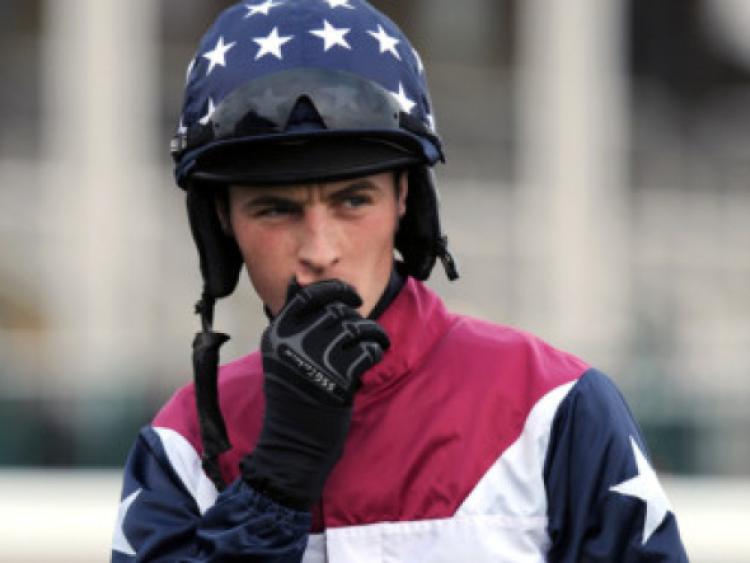 LIMERICK jockey Brian Toomey remains in an induced coma following surgery on Sunday to reduce swelling and resultant pressure on his brain.

LIMERICK jockey Brian Toomey remains in an induced coma following surgery on Sunday to reduce swelling and resultant pressure on his brain.

The Croom man was admitted to Ninewells Hospital in Dundee last Thursday with serious head injuries following a fall from the Lisa Harrison-trained Solway Dandy at Perth.

Lisa Hancock, CEO of the Injured Jockeys Fund, issued an update on Monday which read: “Brian Toomey underwent surgery yesterday to reduce swelling and resultant pressure on his brain.

“The surgery went well and Brian remains in a stable condition in an induced coma. It is anticipated he will be kept sedated for the next few days as his progress continues to be monitored.”

Brian’s parents Marian [nee Chawke from Banogue] and Johnny, brother Sean, sister Aine and his aunt Margaret have expressed their thanks to all their family and friends at home in Ireland for their huge support.

The Toomey family also extended their thanks to the BHA’s chief medical adviser Dr Michael Turner, who visited on Saturday, and the staff at Ninewells Hospital.

Brian is attached to the yard of Kevin Ryan in North Yorkshire and is the boyfriend of the trainer’s daughter, Amy.

Amy who is also a jockey thanked all their family and friends and the racing fraternity for their texts and phone calls, especially Brian’s close friends Brian Hughes and JP O’Farrell.

Brian who is a past pupil of Ardscoil Ris secondary school in Limerick city, started out on his career at the stables of Andrew McNamara Snr in Croom and Billy Flavin in Crecora.

He has represented Limerick Harriers in the Hunt Chase.

Brian is a distant relative of fellow Limerick jockey, JT McNamara, who continues to receive treatment in Dublin’s Mater Hospital after suffering a serious neck injury during the Cheltenham festival.

In Croom, where both the jockeys are from, prayers have been offered up by the local community.

“We are keeping Brian and JT very much in our prayers,” said Fr Joseph Kennedy, PP.

As news emerged of Brian’s fall last week, a number of his well-known racing colleagues expressed their hope and prayers for Brian and his family on the online social networking site, Twitter.

“Thoughts and prayers are with Brian Toomey who had a very serious fall at Perth today, lets hope he will be OK,” said champion jockey, AP McCoy.

Grand National and Gold Cup winning jockey, Mick Fitzgerald tweeted: “Fingers and everything else crossed for Brian Toomey. In intensive care, thoughts are with him and his family.”

Racing was delayed at the Scottish track on Thursday after the Limerick man fell three flights out from 11-4 favourite Solway Dandy in the Conditional Jockeys Handicap Hurdle.

The gelding was trying to get back into contention when he suffered the fall.

An air ambulance was available, but instead Brian was transported by road to Ninewells Hospital, Dundee.