Don’t Mind Me: ‘Does anyone care to treat my ‘MEE’ disorder?’ 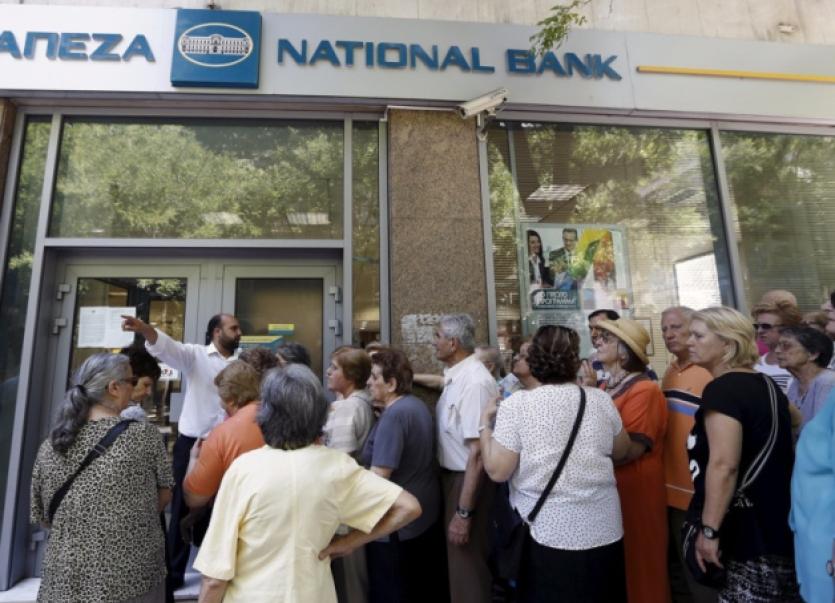 THIS week, I tried hard to work myself into some kind of a frenzy on behalf of my readers over the prospect of pretty significant pension increases for former Ministers and ex-Taoisigh.

THIS week, I tried hard to work myself into some kind of a frenzy on behalf of my readers over the prospect of pretty significant pension increases for former Ministers and ex-Taoisigh.

There’s nothing like a bit of populism now and again to win the regard of the masses and there’s nothing like a frenzy to inspire a rant. But try as I might, I couldn’t achieve the level of fury required for a hard-hitting column on the subject of greedy politicians. What’s new, I asked. If I got an increase myself I’d happily take it without as much as a ‘how’d you do’ to anyone. Why should a former minister be any different?

Anyway, I’m old enough to remember 1987, when Des O’Malley and Bobby Molloy refused to take ex-ministerial pensions while they were still practising politicians. Not only did they get very little thanks for this unprecedented gesture of solidarity with the plain people, but they were taxed on the payments they didn’t take. If I recall correctly, they eventually saw sense and took their entitlement – and who would blame them?

Some of you would not regard this new stance of mine as anything even remotely resembling empathy. But try putting yourself in the shoes of an ex-minister who is offered a €2,000 increase in income, and then asked to please hand it back, and if you’re human at all, you’ll find yourself experiencing at least some bit of anguish.

I could, of course, put my new perspective on hardship down to the dismal polar front currently casting a shadow on our summer, but I have a sneaking feeling that it has more to do with a tiresome and quite debilitating condition I think I have acquired – Misdirected Excess Empathy, or MEE for short. My empathy has gone all over the place. It’s out of control and I’m exhausted. At the moment, I’m feeling everyone’s pain.

The condition hasn’t even been recognised yet, even though it’s endemic in the country and could even be holding us back. The mere sight of people queuing up at ATMs in Greece while thumbing their noses at the ECB, for example, was enough to reduce most people to a heap of blubber.

Even those of us who grew up in pre hole-in-the wall days when we didn’t expect to find money growing on trees or flowing from walls, were affected. Come to think of it, even those of us burdened with a Trojan complex, who couldn’t help wondering what the Greeks were really up to, found ourselves touched by their plight. As if all that wasn’t bad enough, some of us took to putting ourselves in Angela Merkel’s shoes and feeling her pain as well.

Wouldn’t you think we had enough problems of our own to soak up all this surplus empathy?

However, the real irony of our situation is that this outbreak of MEE in Ireland comes at a time when the rest of the world is experiencing the exact opposite – an empathy deficit. It’s the pandemic of our times, but nobody is feeling it. That’s the point; nobody is feeling anything outside to their own realities. President Barack Obama lamented as long ago as 2012 that the empathy deficit in the United States was far more pressing than the federal deficit, which at the time, it has to be said, was absolutely daunting. Maybe he was just trying to divert attention from the mounting debt. If that’s the case, I wish Enda Kenny had thought of the same ruse when we were all transfixed by the size of our own budget deficit. On second thoughts, I’m glad he didn’t because even then our empathy coffers were beginning to swell.

In the meantime, however, every university worth its salt in the US has researched the empathy deficit and found that Obama was speaking the truth. One college alone found that its own students were a massive 40 per cent less empathetic than their predecessors in 1979. It seems everyone was too busy trying to make money and looking after himself or herself to have time to experience any real compassion for the distressed. You could blame the rat race, I suppose, except that one of those colleges also did an experiment on rats, and found that they had more empathy in their tiny brains than the whole human race put together – apart from the Irish I presume.

I don’t know why we’re so different. Maybe it’s because of our history, or maybe we’ve been programmed by our culture, our literature and our art to share the world’s suffering.

Whatever it’s cause, it’s no fun being endowed with an excess of empathy, and it’s even less fun not knowing where to direct it. I would even go so far as to say that the whole thing suggests extreme gullibility on our part.

On the other hand I’m not sure if anyone at all would share my new found empathy with the ex Government Ministers and former Taoisigh who, regardless of whether they keep or give back the promised increase, must now realise that ‘sharper than a serpent’s tooth’ it is, to have served an ungrateful nation.