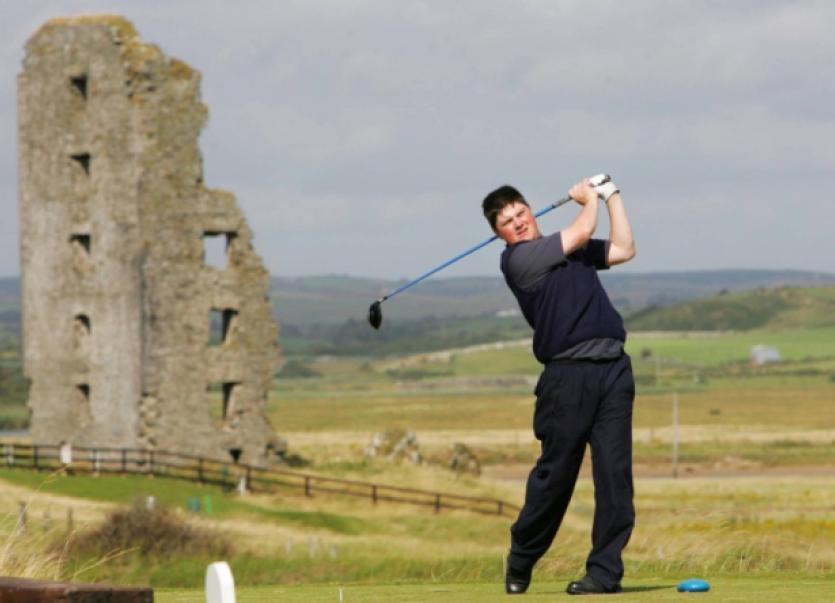 I have fond and vivid, teenage memories of cycling from my home in Corbally to Ardnacrusha to play pitch and putt on what I can still remember was a delightful course on the side of a hill with a babbling brook running gaily across the bottom.

I have fond and vivid, teenage memories of cycling from my home in Corbally to Ardnacrusha to play pitch and putt on what I can still remember was a delightful course on the side of a hill with a babbling brook running gaily across the bottom.

In those days, it was a big adventure to pack a picnic and finish off a warm day with a refreshing plunge into the ice-cold waters of the nearby Tailrace. My favourite memory of all was the adrenaline rush when we started back up the hill and could ‘let out the shaft’ on a hole that measured 87-yards!

There is not as much difference between golf and Pitch & Putt as people may think. Both games revolve around sinking those knee-knocking 5-foot putts.

Golf may involve more strategic play and hitting the ball hard and far but pitch and putt requires precision and deadly short game skills. P&P players are always attacking the hole looking for 2s. Golf is a better game when its newcomers come to it through Pitch & Putt because they already have knowledge of the rules and etiquette.

The origins of pitch and putt are totally Irish, developing in County Cork in the early 1940s before expanding countrywide. Nowadays, the sport has spread its tentacles into Europe and is thriving. There are 115 clubs affiliated to the Pitch and Putt Union of Ireland with over 10,000 members.

THERE has been many a tight battle between Limerick and Castletroy Golf Clubs in the Irish Senior Cup down the years but there could hardly have been a closer and more epic encounter than last weekend’s affair at Castletroy.

Limerick had by far the more troublesome journey to reach the area-final, struggling manfully to overcome Nenagh, Woodstock and Charleville respectively whereas Castletroy playing at home had a smoother and less stressful passage against Ennis, Roscrea and Adare Manor.

Although the Ballyclough men had little rest between rounds, they were able to summon the energy and determination to triumph in ‘extra time.’

The star of the show and savior was that experienced and doughty warrior, Michael O’Kelly, who fought back from three down with four to holes to play to defeat Jack Ryan on the 19th. Ryan’s well-struck approach to the 19th came up just short of the green leaving him with an awkward chip to a front pin position. When he took three more strokes to hole out, O’Kelly’s perfectly played par four was sufficient to see his side through.

At the same time, an obviously ill and somewhat struggling Pat Murray was still in play against young, Dean McMahon on the 20th hole and much relieved when called in. In the other matches, Sean Poucher (Limerick) withstood a blistering triple birdie start by Cian Daly but had clawed his way back to parity by the turn before eventually pulling away and winning on the 17th.

In the tail gunner position, Eamonn Haugh (Castletroy) was always in control against young, Darragh Fitzgerald, winning on the 16th. The in-form, Mark McGrath (Limerick), proved too strong for Ian Irwin in the third match securing the first point for his side on the 16th hole.

As is so often the case between these two ancient rivals, the final result of 3 1/2 to 1 1/2 belied the excitement of the occasion. The Munster semi-finals and finals will take place at Waterford Castle on August 10-11.