Age no longer an excuse for anything 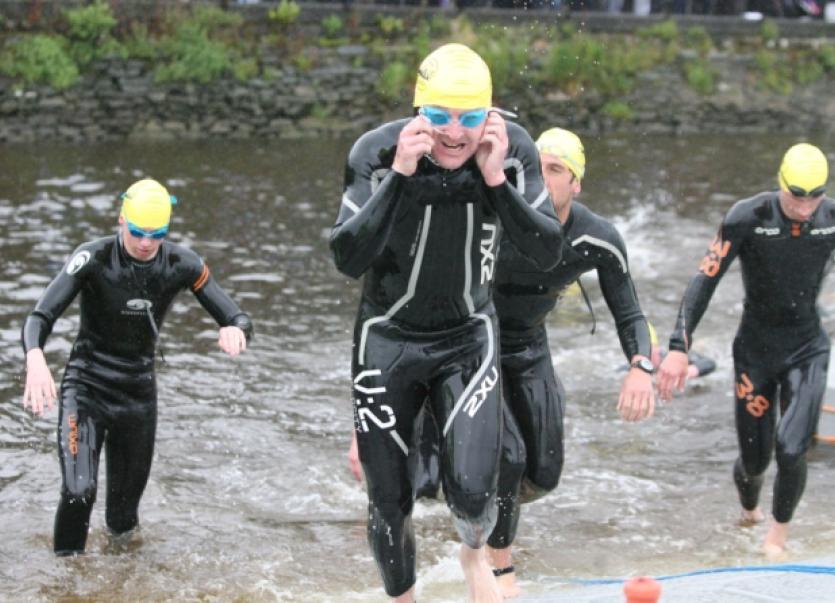 THE pressure is on this week to achieve some level of fitness, after hearing that a lady just a couple of years my junior has completed a triathlon. “What the hell is a triathlon?” I asked, pleading complete ignorance of something that I couldn’t even get my mind around, not to talk of my body. To be honest, it depressed me to think that someone of my own vintage had that much stamina, and didn’t drown half way through the water stage. It depressed me even more to learn that age is no excuse for not being fit.

Only a couple of weeks ago, I joined a local historical association on a trip to a prehistoric stone circle on the lower slopes of Keeper Hill. Half way up, and gasping for breath, I realised that I was nearly as old as the circle itself and therefore should be treated with the same veneration. A rickshaw would have helped; otherwise a defibrillator might be needed. “You’re not fit,” was all the sympathy I got.

It was the lack of consideration for my years that really surprised me. Age veneration, it seems, has disappeared just when it’s my turn to be venerable. We’re in the era of old age denial. You’re expected to be as fit and as unlined now in your twilight years as you were in the midday sun, and if you’re not, then it’s you and not the years that are at fault. I tell you, it’s no joke being a senior citizen these days. Soon they won’t let you into the senior citizens’ party if you’re under 85.

The trouble is that everyone is trying to turn back the clock. Everyone is being forced to drink at the fountain of youth, and really, the peer pressure is exhausting – for some of us anyway. A couple of months ago, just when I was about to announce that I might be developing the first signs of bone density depletion and might need a rocking chair, a 75 year old nun from my own county went and did a parachute jump for charity. Then she declared that she will repeat the jump when she’s 90. Even thinking about her now is making me dizzy.

Having said that, there’s nothing new about daring feats and amazing achievements in old age. Winston Churchill was 77 when he was elected Prime Minister for the second time, and Mahatma Gandhi was 73 when he set out on a 200 miles protest march against a British imposed tax on salt. The difference was that their peers weren’t expected to follow suit. The few who made it that far weren’t even expected to put a colour in their hair.

Nowadays old age is being summarily dismissed in every quarter, while the average life span has risen dramatically, especially here in Ireland in the past ten years. The official retirement age is creeping steadily upwards and suddenly everyone I know over the age of 60 is donning drain pipe jeans, lifting dumbbells and embarking on diets of raw food and roughage guaranteed to add years to their life span. Or is it to take years off themselves? I’m confused. Personally I don’t really care, so long as they don’t ban the concept of growing old altogether and ask me to hand back the travel pass - or force me to do a triathlon.

“Fifty is the new 40,” Miriam O’Callaghan trilled on ‘Morning Ireland’ last week when a panel of ‘fifty somethings’ discussed the challenges of ageing. The idea that the same principal applied to every decade of life and that I might now be ten years younger than I thought I was, sounded appealing at first. Then the reality dawned. The biggest challenge of ageing is not ageing at all. This is hard work, despite all the advances in medical science and despite all the sacrifices of animals to the global cosmetics industry. It’s much easier to grow old gracefully, but it’s not much fun if everyone else is in denial.

But then not everyone is in denial. Someone last week issued a list of 51 signs that indicate for sure that you are growing old. Most of them were downright insulting and not a single one of them referred to any of us being unable to even contemplate the possibility of doing a triathlon at our age. None of them referred either to feeling faint after walking a couple of hundred yards up the slopes of Keeper Hill. One sign mentioned was an obsession with the weather, but I did manage to convince myself that mine couldn’t be age related since I’ve only been obsessed with the weather since the Big Freeze of 2011.

Another sign, however, did stop me in my tracks. “You know you‘re growing old,” it read, “when you get a rocking chair . . . . and you can’t get it to work.” Sign me up for a triathlon, quick!