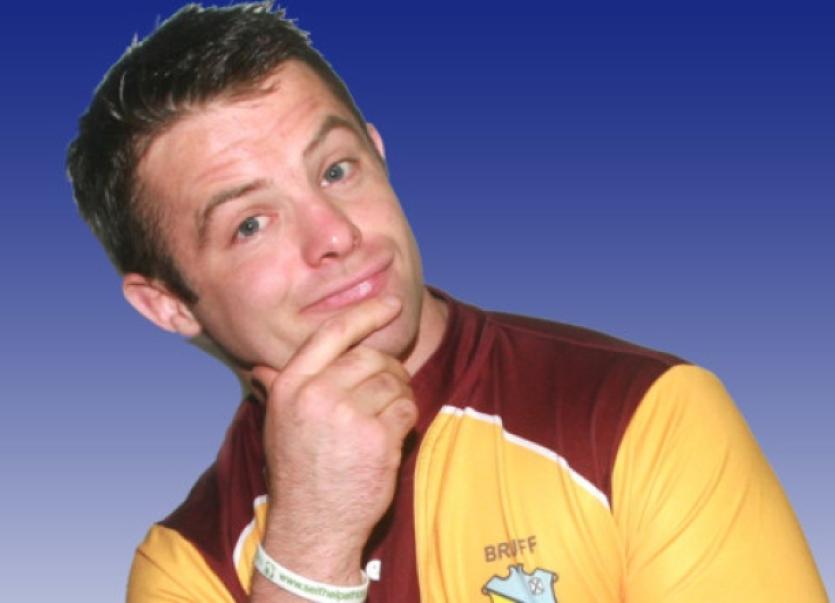 In his Limerick Leader’s ‘Hooker’s Diary’ column this week, John Hogan says the future is bright for Bruff, despite their relegation to AIL 2A for next season.

In his Limerick Leader’s ‘Hooker’s Diary’ column this week, John Hogan says the future is bright for Bruff, despite their relegation to AIL 2A for next season.

THE final game of the season is a time of unbridled joy for those of us who have had their fill of cuts, bruises, bangs, scrapes, quiet Friday nights in, Saturdays taken up with travelling the length of the country, and Sundays spent icing your battered body.

It’s not that I don’t enjoy the game. It’s just that I need some time away to let my constantly aching frame recover, and to rediscover what it is that attracted me to rugby in the first place.

It’s something akin to the relationship one might have with a girlfriend that they truly love, despite her vicious temper and devastating haymaker - upon which she calls all too regularly.

Despite the off-season being within grasp, the advent of our final game this weekend against Buccaneers was somewhat bittersweet. Our last game of the season was also our curtain call in Division 1A, as relegation beckoned. For those of us on the job hunt, there was also the depressing possibility that the game in Kilballyowen on Saturday would be the last time we don a Bruff jersey.

The statistics for the season up to this week made for joyless reading. Two wins from 17 fixtures, 11 games and five months without a league victory, no success away from home, and fourth-placed Buccaneers headed for Bruff with the smell of blood in their nostrils.

Rugby can sometimes be a cruel mistress.

So as to ensure that the end of the season wouldn’t be a total shock to the system next week, we had no training this evening. This presented two welcome opportunities.

With college assignments due in the next week, not having to travel to Bruff meant that I could stay at home all day doing some well overdue study. Having a sufficient supply of food and no requirement to leave the house also meant that I could go the whole day without the cumbersome task of putting on pants.

In the end, the study was negatively affected by intense procrastination. I’m glad to report, though, that ‘Pantsless Tuesday’ was a resounding success and is likely to be a regular fixture in the off-season calendar.

Back out to Kilballyowen for our final training session of the season this evening. For not the first time this year, I had to take a break from training to get the strapping on my ankle loosened by our physio Derry.

Always the diplomatic sort, Derry told me that I never had a problem with the tightness of his strapping back when I was a constant occupant of the subs’ bench.

He told me that I was becoming a Diva and that if I came into him with a complaint once more before the end of the night he would forever more refer to me as Diana Ross.

Perhaps it was the knowledge that this Bruff team, as we lined out today, would most likely never again play together, that spurred us on today.

Or maybe it was the fact that, prior to the game, we did away with the usual kicking and screaming that forms part of most teams’ psyche-ups and opted instead to just fling the ball around with reckless abandon. Consequences be damned.

Whatever the reason, today produced the Bruff performance that we’d been hoping for, and our supporters deserved, all year.

The relaxed pre-match atmosphere was not reflected in the game itself, with fellas hurling themselves into tackles, rucks and mauls, not as though only pride was at stake, but as if their lives depended  on it.

After a season of crushing defeats, we today decided not to quietly leave the division through the trapdoor, without first grabbing a significant keepsake scalp on our way down.

When the whistle blew, the score was 24-12 in our favour. Our painful, winless streak was finally over and we had earned the right to exit Division 1B with our heads held high.

It may surprise some of you to know that, until my recent return to student life, I worked for a politician. After the game, I proved that in my brief time in that career I learned how to work an electorate (or rig a vote), as I was named Players’ Player of the Year.

And so ends a season that won’t be remembered in Bruff as one of our best. It will be remembered, though, as the year in which a huge number of younger players, whom will form the backbone of the team before long, made their first senior appearances.

Some might even recall it as the season in which that vertically-challenged hooker finally strung a few starts together. To all who followed our exploits this year in The Hooker’s Diary, I simultaneously question your taste and thank you for reading.