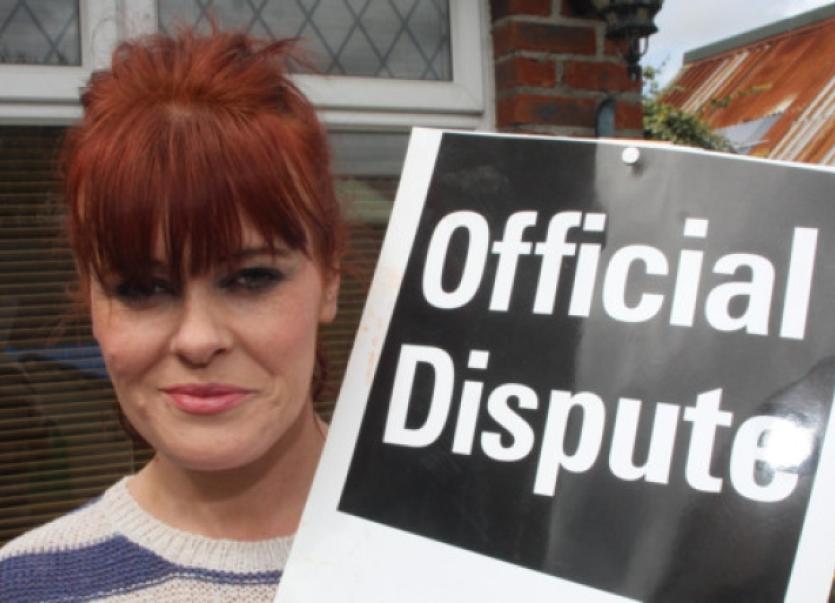 A SINGLE mother-of-two who was awarded €2,500 by the Labour Court after her suspension from Xcel Xecutive cleaning says she will continue to protest until she is paid the money.

A SINGLE mother-of-two who was awarded €2,500 by the Labour Court after her suspension from Xcel Xecutive cleaning says she will continue to protest until she is paid the money.

Lisa Barry, of Hilltop, had been working as a cleaner for the company at a premises on the outskirts of the city until last May.

But she alleges she was suspended after reporting concerns over an incident at one of the places she was sent to work.

She was initially suspended without pay by the Johnsgate Village-based firm, then later resigned, claiming the company were offering her lesser hours.

She took her case to the Labour Court, and they recommended a €2,500 settlement be paid to her.

However, a company is not compelled to accept the recommendations of the court. And so far, Ms Barry says there has been no payment.

She has served strike notice on Xcel Xecutive Cleaning, which gives her the right to stage an official picket.

Ms Barry confirmed she will picket for as long as it takes for her to get the money the court recommended.

“They have completely ignored the recommendation. I feel angry, and tormented by this. I have heard absolutely nothing from them,” she said.

Ms Barry – mother to Taylor, 11, and Ally, 8 – has not worked since the alleged incident, and says she is feeling “withered”.

“I have bills coming out of my ears. We haven’t gone outside the door in over a year.

“I haven’t been to the seaside with my children: I haven’t done anything with them,” she said.

To add to this, she has had her cable television cut off, while her electricity supply was cut the money prior to this.

Ms Barry thanked Frank McDonnell, of the Limerick Resource Centre for the unemployed for the help afforded so far.

Xcel Xecutive Cleaning Services declined to comment when contacted by the Limerick Leader.