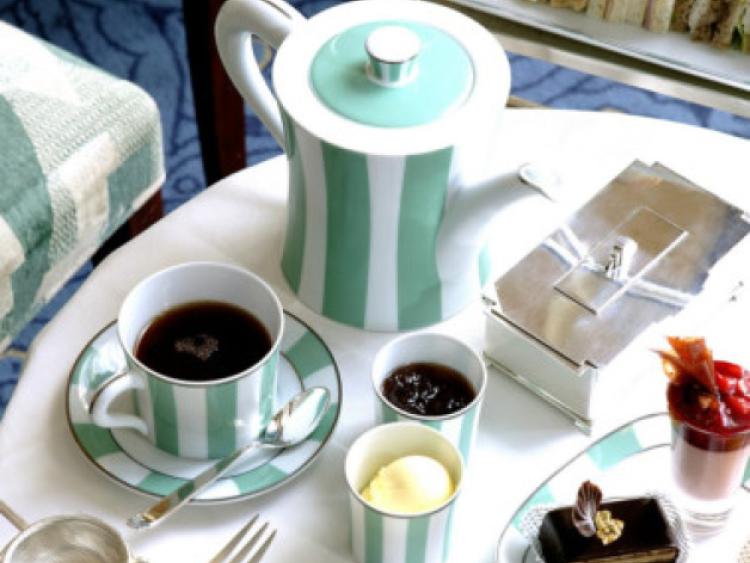 THE Garda Commissioner, Noirin O’Sullivan gave all of us ageing feminists a bit of a boost last week when she disclosed that once, as a raw recruit to the Garda Siochana, she was sent home after refusing to make ham sandwiches for her colleagues on overtime in Store Street station. Today’s smug young smashers of glass ceilings really haven’t a clue what it was like before the revolution, have they? There were no glass ceilings then – just cast iron lids and a pile of sandwiches to be made.

THE Garda Commissioner, Noirin O’Sullivan gave all of us ageing feminists a bit of a boost last week when she disclosed that once, as a raw recruit to the Garda Siochana, she was sent home after refusing to make ham sandwiches for her colleagues on overtime in Store Street station. Today’s smug young smashers of glass ceilings really haven’t a clue what it was like before the revolution, have they? There were no glass ceilings then – just cast iron lids and a pile of sandwiches to be made.

So I wish people today would stop being overawed by women who have gone places where no woman has ever gone before. We couldn’t have gone there ourselves simply because we were too busy making sandwiches. In my case it was a question of making the coffee for the morning break.

It goes without saying that breaking the mould is a walk in the park now because it’s trendy to have a woman in the top job.

Actually if this quota thing isn’t properly controlled, it will become compulsory to have a woman at the helm, and then you’ll have the men banging on about their rights and the dire need for a new gender balance.

Fair play to Ms O’Sullivan, though. Very few of us were that brave when we were faced with similar dilemmas in our rooky days. Sadly, we were only too ready to don the apron when the need arose. I even went to a cookery class once to learn how to bake, in case someone asked me to marry him.

He was always talking about his mother’s brown bread, making me feel very insecure and I not even having a dowry to make up for my culinary inadequacies. And even though it was a harmless and useful piece of protective wear in the kitchen, I quickly came to regard the apron as a symbol of oppression. To this very day, I can’t stand the sight of an apron.

In my first job in the County Council – a good 15 years before Commissioner O’Sullivan made her stand for gender equality in the workplace and at least four decades before Irish Local Government reformed itself and discovered the coffee machine – I was assigned the task of making the coffee for the 11 0’clock break, on top of trying to decipher the complexities of the then new Planning and Development Act. At the time I felt very much disparaged by the coffee-making duty. There was a young engineer in the office too who, in all fairness, would have made a better hand of it – but he was never expected to make the coffee. The really maddening thing was that I was paid slightly less than the male staff on the same grade, but it was the coffee-making that irked me most. I hadn’t even developed a taste for coffee then.

I should, of course, have said no. I should have told them that if I wanted to make coffee for people I’d have looked for a job in a café. But I was an awful people-pleaser then and I didn’t want anyone thinking I was trouble after just a wet week in the job.

So not only did I do my duty but, instead of putting something in the cups and aiming for the position of county manager some day, I endeavoured to be the best coffee-maker in the vast realms of officialdom. I was terribly offended one morning when the staff officer tasted the coffee, wrinkled his nose and snootily commented: “They must be feeding turnips to the cows again. This stuff is putrid.”

That was nothing compared to how I felt when I was relieved of my duties a couple of weeks later, after nearly setting fire to the courthouse while trying to light the primus stove on which we boiled the milk. Naturally, it was the engineer who came to the rescue. But, for a long time after, I couldn’t get it out of my head that my femininity had somehow been severely compromised.

A few years later I had morphed into an armchair feminist and wouldn’t even budge at meetings and social events when someone was required to pour the tea and the coffee and hand out the sandwiches. It certainly wasn’t as brave a stand as that made by Noirin O’Sullivan and anyway, all I got for my efforts was a reputation for sheer laziness and not being able to boil an egg.

The Woman’s Place in the World conference threw up many interesting and provocative ideas, but it was the Commissioner’s experience as a young garda recruit that grabbed my attention because it seems so ironic now in retrospect. On the other hand, despite the advance of equality, women all over the country are still happily making the sandwiches, pouring the tea and washing the jerseys for the local GAA club.