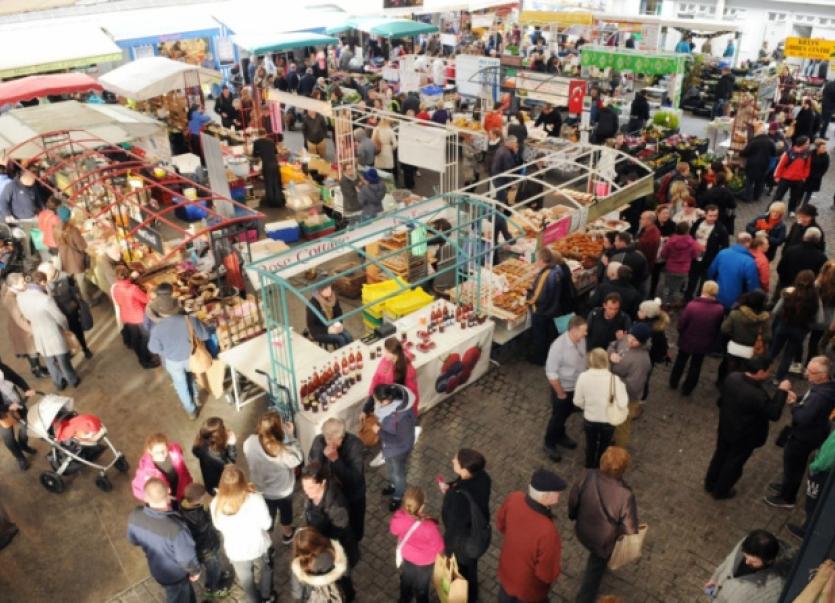 A GROUP of traders in Limerick’s Milk Market have strongly criticised the trustees who run the facility, expressing frustration that it attracts a substantial number of visitors only on Saturdays.

A GROUP of traders in Limerick’s Milk Market have strongly criticised the trustees who run the facility, expressing frustration that it attracts a substantial number of visitors only on Saturdays.

Following comments made by Milk Market manager, David O’Brien, last weekend, calling on the council to tighter regulate stalls outside the market walls, the traders have responded with their own criticisms.

While the market is governed by its manager among 27 trustees - under legislation which dates back to 1852 - the traders feel the market has not progressed due to the absence of a voice with market experience on that board, amongst other factors.

Numerous businesspeople, who have leases on the shops along the perimeter of the market, have criticisms about its lack of progress over the past four years since the €2m redevelopment and its inability to operate successfully outside the Saturday mainstay.

“Imagine spending €2m on any business and opening it just one day a week? It wouldn’t happen. We’re open on Fridays and Sundays too, but there are more pigeons here than people at the Sunday market,” said John Coughlan of The Edge clothing store.

Kieran Walsh of the fishing and tack shop, which has also introduced a coffee shop to boost its coffers, said December 8 was traditionally one of the busiest days of the year, and yet he made just €23.

“It’s a fantastic place but it’s completely and utterly under-utilised. We have 6,000 to 10,000 people down here on a Saturday, but it needs to be like that at least three to four days a week,” said Mr Walsh, who has been in business in the Market for 11 years.

Toby Simmons, of The Olive Company and Toonsbridge Dairy, said he supplies 25 markets around the country, and Limerick is the most expensive one to have a stall in - a view rejected by Mr O’Brien, who insisted that Howth market is much more expensive.

While Mr Simmons’ company have had a presence in the market since 1996, they opened their permanent outlet in August 2013.

“The shop has made it a lot easier for us, but Fridays are desperate here. Attempts to launch market days on any other days bar Saturday have been appalling. We’re open two days a week here - Saturday is a cracker, but Friday is tiny. The market is operating under a very old system, which is top heavy. I think it should be run by the council,” he said.

Mari Hussey of Green Acres cheese shop in the market, said she blames the Market’s trustees for a lack of vision and planning. “I have been here 25 years, and I am not one penny better off since before that roof went up,” she said.

Nadine Buttery, who runs the tai chi class on Sundays in the market and also the Out of the Blue gift store, said a 21st century market should not be operating via a system that dates back to the 1800s.

“The traders have absolutely no voice,” she said. “There is no system for a complaints procedure, and that’s bad for both the management and the market. I think we should get rid of the board of trustees. How many of them have any retail experience or visit the market regularly?”

Last week, Mr O’Brien said: “We have nothing to do with the shops along the perimeter, with the exception of two”, which angered shop-owners who feel they contribute greatly to the market.

Mr O’Brien said he wished to clarify the heading in last weekend’s Limerick Leader, which read: ‘Market is doomed if Noonan cuts funds’. He was referring to the income generated by the car park in the Potato Market, which is turn is used to subsidise the Milk Market.

Minister Noonan has mentioned using the Potato Market for a public plaza in the future.

The next set of abridged financial accounts for this year are due to be presented in February. This year’s accounts for not available for public scrutiny until a decision to release them is agreed by the trustees.