Stage set in Limerick for the return of Andy Lee 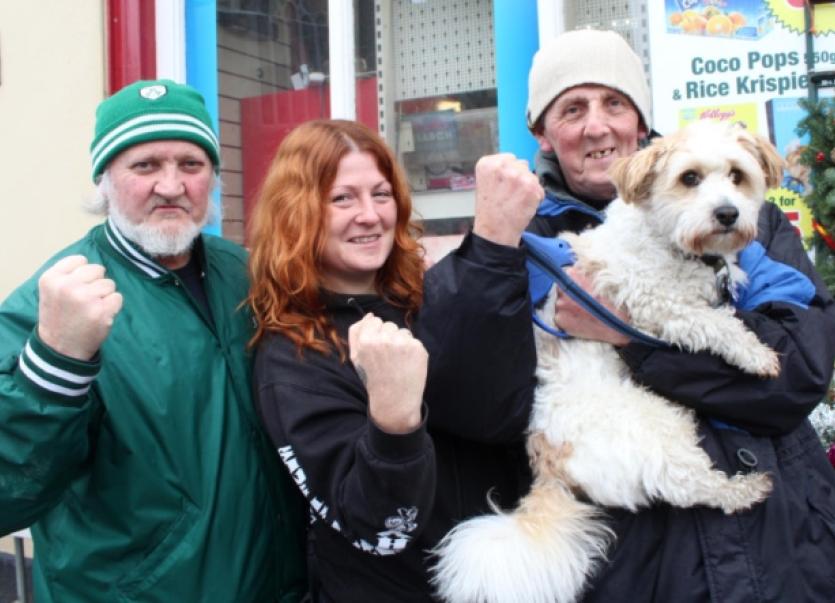 LIMERICK’s first ever world boxing champion will be toasted by thousands in the city this Wednesday afternoon.

LIMERICK’s first ever world boxing champion will be toasted by thousands in the city this Wednesday afternoon.

Final plans are being put in place ahead of a huge homecoming party to honour Castleconnell’s Andy Lee who won the WBO middleweight boxing title in Las Vegas in the early hours of Sunday morning.

Several thousand people are expected to converge at City Hall on Merchant’s Quay where a stage is being erected for the event.

“RTE presenter Aidan Power will be MC and will conduct a Q&A session with Andy on the podium after he is introduced as world champion to the crowd,” said a spokesperson for the local authority.

The champion boxer will be accompanied by his manager and trainer Adam Booth, and his wife Maud. Sunday night’s fight will also be played on a big screen.

Andy is expected to touch down at Shannon Airport at 12.25pm this Wednesday before he gets a garda escort into the city.

A civic reception will take place at approximately 4.30 at City Hall hosted by Limerick City and County Council.

The world champion will be introduced to the public at the entrance to City Hall at approximately 5.30pm.

Having earned the world title in Las Vegas, the boxer - who has been spending time in London with family and friends since his epic victory - has expressed his dream to defend the title in front of a home crowd.

“I think I have earned that and deserved that. Hopefully that will be next, maybe March, St Patrick’s Day, maybe Thomond Park or the 3Arena in Dublin, somewhere in Ireland and that would be great.”

In his home village of Castleconnell there was only one name on everyone’s lips this Tuesday.

“Everyone is talking about him. The first thing people ask for is turkey and ham and then they start talking about Andy Lee,” smiled local butcher Tony McDermott.

“Persistence pays off. He kept at it and he got it - fair play to him. It couldn’t happen to a nicer fella - his mother and father and sister are lovely people. He is a proud Limerick man and he has a great following around here,” he added.