Andy’s 4am fight better than the Toy Show for Ian 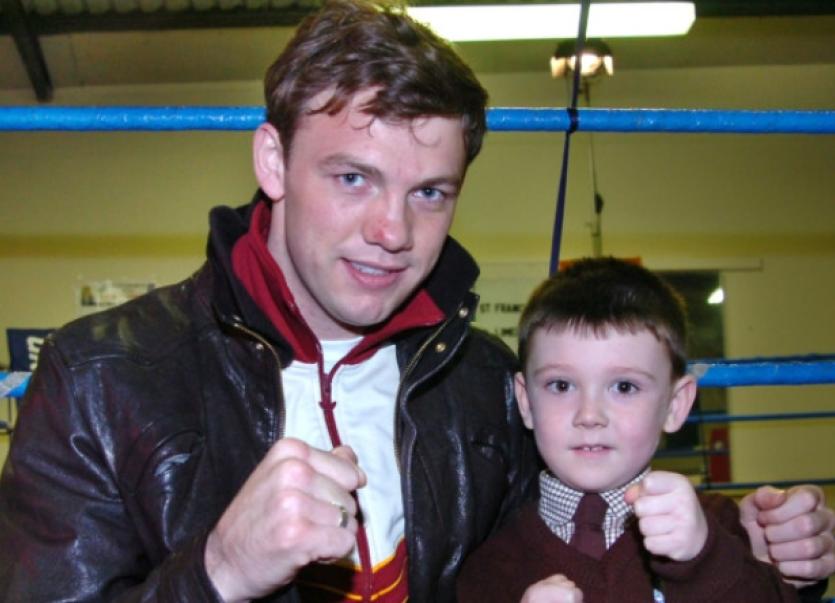 DIE-HARD boxing fan Ian Thomas Cunningham, 12, was sat in his PJs munching on popcorn and chocolate on his living room sofa at 4am last Sunday morning when his idol was crowned the world champion.

DIE-HARD boxing fan Ian Thomas Cunningham, 12, was sat in his PJs munching on popcorn and chocolate on his living room sofa at 4am last Sunday morning when his idol was crowned the world champion.

Nestled beside in the family home in Westbury, Corbally was his mum Lorraine and granddad David Hurley.

Ian Cunningham Snr had turned in for the night as had Ian Thomas’s older siblings Luke, 17 and Ayla, 14.

But a special bond between young Ian Thomas and the boxer Andy Lee meant there was no going to bed for the 12-year-old until the business of securing a world title was done.

“Ian Thomas has met Andy on a number of occasions and got his photo taken with him,” his mum Lorraine explained. “One time in St Francis Boxing Club, the Leader photographer got a picture of them together and it was on the front page.

“We have more pictures from the Parkway Shopping Centre and another from one of his weigh-ins.”

Lorraine’s dad, David Hurley, is an ex-boxer and boxed at St Francis boxing club. His early assessment of Andy when he appeared on the television screen at around 4am, Irish time, on Sunday was very positive.

“We got the match on BoxNation so myself and Ian Thomas and dad stayed up to watch it,” Lorraine explained.

“My dad was saying that Andy looked in peak physical condition – the best he had been in his career. We are die-hard fans. There was great excitement. Ian Thomas had his PJs on and a blanket around him and we had popcorn and chocolate to keep us going. It was probably better than the Toy Show for Ian Thomas. My dad would have been familiar with Andy’s previous trainer, Emanuel Steward, who passed away. We have pictures of Ian Thomas with Emanuel as well.”

Ian Thomas, a sixth-class student at Scoil Ide, along with is mum and granddad, were one of the thousands who turned out to see the newly-crowed world champion on the steps of City Hall this Wednesday evening.

“We are absolutely delighted for Andy,” smiled Lorraine, “and hopefully we’ll get to meet him – we’re going to do our very best.”