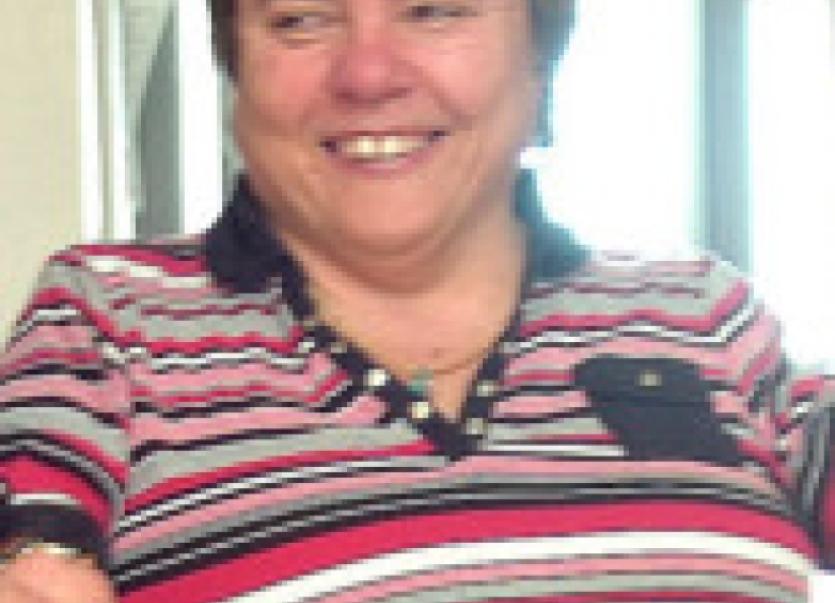 THE Limerick woman who was this week appointed as the HSE’s confidential recipient for whistleblowers has said her aim is to bring about a positive difference in the lives of vulnerable people.

THE Limerick woman who was this week appointed as the HSE’s confidential recipient for whistleblowers has said her aim is to bring about a positive difference in the lives of vulnerable people.

And she warned that Aras Attracta in Co Mayo may not be the only institution in which residents have suffered ill treatment.

Leigh Gath, a well-known campaigner for people with disabilities, was named by HSE chief executive Tony O’Brien as the first point of contact for people who have concerns about any aspect of the disability services.

She lives in Pallaskenry with her husband Eugene.

“I am very honoured,” Ms Gath said of her appointment.

“I hope that this will bring about a difference in the lives of some people, that it will make their lives better,” she added.

She was only notified about her appointment on Monday and the job description is still being finalised.

However, while the exact terms of reference for the role are yet to be pinned down, Ms Gath said she hopes to make herself available to as wide a range of people as possible - “anyone who is vulnerable, and to me that would include elderly people and people with varying degrees of disability”.

Her appointment comes in the wake of shocking revelations about abuse of elderly residents in Aras Attracta in Co Mayo.

In reference to this institution, she warned, “I can’t see this as being the only one.”

However, she welcomed the fact that the HSE had appointed an outsider to this crucial role.

“I really think that by getting someone from outside the HSE that Tony O’Brien is heading in the right direction. It will make people more confident in being able to report concerns,” she said.

“I do think they are listening and they have moved very fast on this,” she added.

Born in Newry, Co Down, in 1962, Ms Gath is a survivor of the Thalidomide drug which was administered to pregnant women in the 1960s. As a result, she was born without arms or legs. From the age of four to 17, she attended a ‘special school’ in Northern Ireland which, she pointed out, gave her first hand experience of living in an institutional setting.

“I am aware of how things can get out of hand in institutions,” she said.

For more than three decades, she has been an advocate and campaigner for people with disabilities. Two years ago, she successfully led a campaign to get the government to reverse planned cuts to disability services.

She has also completed a BSc in Criminal Justice. In 2011, Ms Gath told her story in a book, entitled Don’t Tell Me I Can’t.