Don’t Mind Me: ‘All I want for Christmas is my NCT’ 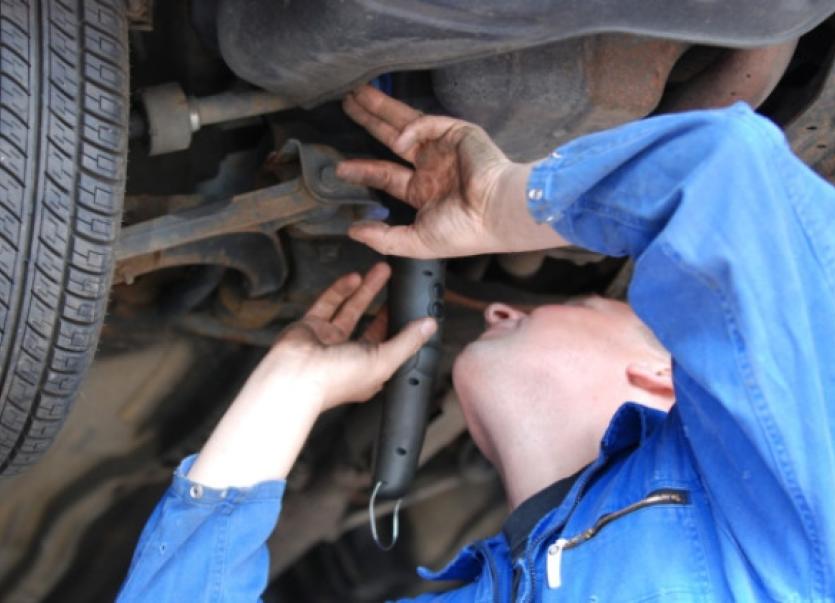 THE country has embarked on a massive spending spree this Christmas - a sure sign, I’m told, that the spirit of Christmas is alive and well and that the economy is recovering. The trouble with me is that I can smell something burning, and I’m not sure whether it’s the economy overheating or the half-price turkey being overdone in another dimension.

THE country has embarked on a massive spending spree this Christmas - a sure sign, I’m told, that the spirit of Christmas is alive and well and that the economy is recovering. The trouble with me is that I can smell something burning, and I’m not sure whether it’s the economy overheating or the half-price turkey being overdone in another dimension.

Anyhow, Minister Paschal Donohoe has just ruined whatever bit of Christmas spirit I did manage to muster up in the past week. He has tightened the legal reins on the NCT obligation at a time when there is nobody available to test my car for at least three months. I’m sure I’m not the only one who can’t be fitted in between now and March, but the prospect of being an outlaw or being marooned for three months is freaking me out even more than the prospect of burning the turkey again this year.

The car is just going on four years old and is in great nick. I was going to trade it in, but someone told me that I’d never get one as good again. I don’t think it even needs an NCT, but that’s beside the point. Road safety is too important an issue for me to be getting uppity over my immaculate wheels being subjected to the indignity of a test.

I rang the NCT early on Monday morning to see if I could get a cancellation. A very nice man answered and said he could do nothing about it because “the system” was down. “Ring back again in half an hour,” he said. I did, and couldn’t get through. Definitely, I’m not the only one  freaked out.

It’s a bit of a farce really. They’re introducing new rules on car testing and they don’t have enough people or centres to do the testing.

The new rules on negotiating mini roundabouts are also posing a bit of a spatial challenge. There’s one on a hill in the middle of Ballina, where three narrow roads and an entrance to a business meet in a tight space, with a constant flow of articulated trucks using the bridge. I don’t know how the truck drivers are going to get around a mini roundabout without demolishing half the village, the ancient bridge and the hideous pillars installed a few years ago to prettify the  place.

So where’s my Christmas spirit gone then? I don’t even know if I ever had it. Hibernation, in my opinion, is a much better way of getting through mid winter. Everyone else seems to have embraced it, but quite honestly, it leaves me cold.

At this stage I should be full of it, but I don’t feel a thing. I’m just wishing it was all over and the days were getting longer again. I’d pull a ‘sickie’ if I could, but that’s out of the question. Too many people are depending on me and my impressive, but sometimes unorthodox, culinary skills for Christmas dinner. Anyway, even when I’m genuinely sick nobody believes me.

The best part of Christmas, I’m told, lies in the preparation. But really, what’s so great about hard work, forced revelry or being stuck in a Christmas rush, buying last minute junk in sheer desperation and feeling completely overwhelmed by the cult of consumerism?

“Oh, for Heavens sake, get into the spirit of Christmas and enjoy the general bonhomie that pervades in the run up to the annual celebration of the birth of Christ,” I’m told. The Christmas spirit is contagious, they say. Everyone catches it in the end. I’ll be full of good cheer before I know it, whether I like it or not, and I’ll have to detox in January to make up for over celebrating.

But the thing I’ve just discovered is that I’m not alone in my unseasonable disgruntlement. There are many others out there who don’t get the Christmas spirit and they don’t even have to book an NCT test without a slot available. Unlike me, some of them aren’t even haunted by the ghost of Christmas past. Others think that there’s something wrong with them and they’re looking for help on the internet. How to get into the Christmas spirit!

I looked up a few tips myself and learned that the first thing I should do is deck the halls with boughs of holly, put up a Christmas tree and put a seasonal smile on my face while I’m at it. Maybe I should even get over my aversion to tacky ostentation and put dazzling lights on the roof, if that’s what it takes. That, however, is not an option. Hubby, who has just cleaned the gutters for the fifth time in two months, made it clear that he wasn’t going up on the roof anymore this year, for love or money or the spirit of Christmas.

Someone else said I should buy a Christmas jumper if I really want to get into the spirit of Christmas and wear it while I make mince pies, read Christmas books and listen to Christmas music. Some people, I’m told, get into the Christmas spirit by cleaning the house from top to bottom and decluttering maniacally. Others watch classic movies to capture the mood. Yet others close their eyes and remember the best Christmas they ever had. That one very nearly worked for me, until the ghost of Christmas present whispered in my ear that I’d better get a move on with this year’s preparations.

Now, this is really pathetic, seeing that everyone else is caught up in the goodwill of the season, but the only thing I want for Christmas - the only thing that would induce a bit of cheer - is a date for my NCT test. Over to you  Paschal!