Losing my faith in the media 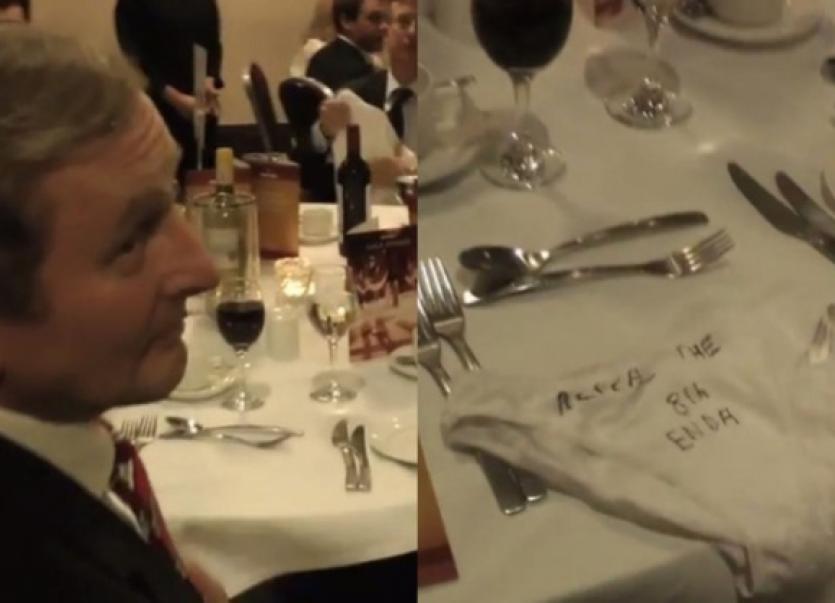 DOG doesn’t eat dog, I’m told, but, if you don’t mind, that’s exactly what I’m about to do. I’ve had it up to the gills at this stage with the shrill pontificating of national media commentators who have installed themselves as the high priests of public morality and social order in this confused and highly disgruntled society. Press freedom has always been my mantra, but if someone doesn’t rein in some of the more hysterical of those fulminating Dublin-based pundits, it will be Government by the Fourth Estate before we know it.

DOG doesn’t eat dog, I’m told, but, if you don’t mind, that’s exactly what I’m about to do. I’ve had it up to the gills at this stage with the shrill pontificating of national media commentators who have installed themselves as the high priests of public morality and social order in this confused and highly disgruntled society. Press freedom has always been my mantra, but if someone doesn’t rein in some of the more hysterical of those fulminating Dublin-based pundits, it will be Government by the Fourth Estate before we know it.

Certainly I would include myself in the same bracket as the worst of them, if it weren’t for the fact that the title of my own weekly rant is ‘Don’t Mind Me’. So if I do lead any of you astray, it’s your own fault for taking me seriously. You can never say you weren’t warned. Although, naturally, the first time I saw that title, I was a bit miffed. Now, I think it was a stroke of genius by the editor, who saved me from my own early delusion that I might be a latter day Joan of Arc – and even at that, I narrowly escaped being burned at the stake a few months back by an angry horde of Gaeilgoirs.

Not so for the many columnists who now not only believe fervently in the grand old press objective of holding politicians to account, but also have an unwavering faith in their own righteousness. They insist on eviscerating political figures before our eyes for even the most minor transgressions against the lofty ideals to which we all aspire, but seldom reach.

But back to the canine cannibalism, before I forget what’s on the menu. I can’t open a newspaper at the moment without being preached to by some irreproachable columnist or other about the evils of cronyism and stroke politics, the faults and failings of the Catholic Church and the sheep-like mentality of a dumb populace that doesn’t know right from wrong and, worse still, doesn’t even know how to rebel anymore. The insult is irritating, but I have news for the smug upholders of truth in the news. The free world is based on cronyism. Ask its leader!

Most of the commentary is snide, patronising and infuriatingly personal. For instance, some of those geniuses who value their own opinions a lot higher than some of us do, have set themselves up as arbiters of the Taoiseach’s intellectual capabilities. Now whatever about his extraordinary political courage which at the very least helped to lead us out of the mire, where we had been wallowing with abandon, without a shot being fired, I can tell you with some certainty that very few of his snooty critics would have come within an ass’s roar of qualifying for a place in St Patrick’s Teachers’ Training College back in the day when he did. Only the very cream of the Leaving Cert got the ‘call to training’ then.

On the other hand, and with the exception of a few insightful opinion pieces, most of the current political commentary is so repetitive, boring and unimaginative that it would make any kind of alleged skulduggery – political or otherwise – sound wildly exciting and even attractive. But it’s the personal vilification and character assassination of the targets that appals anyone with an appreciation of fair comment and a sense of fair play. It is much more distasteful than the undemocratic but piffling party strategies employed since the foundation of the State to ensure success in the next election.

For better or worse, however, half the country has lost faith in democracy and thinks it is alright to be governed by the Fourth Estate, many of whose members have now adopted Mary Lou McDonald’s virtuous line to adorn their own denunciations: “Now here’s the thing . . .” Well, I’m sorry, but it’s not my thing. It’s your thing, and it usually has a lot less to do with virtue and ethics than it has to do with journalistic egos and corporate agendas.

There are lots of things about this Government that infuriate me. I still haven’t got over the unfairness of the property tax or the miserliness of JobBridge or the fact that there now appears be a greater number of quangos than there was when they first started to abolish them. The water charge doesn’t affect me - yet anyway - but I don’t agree with the privatisation of the service and I believe it should have remained in public control. I have no idea why the HSE is still there either, and while it’s our own fault that we still have an Upper House of Parliament, it’s time we all had a say in its composition, and not just the elite. For all that, the tide does appear to be rising, and whether that has been the result of outstanding political leadership or just the vagaries of market forces will probably be judged in the end by history, rather than by the many abusive tirades against individual politicians and the cynical viewpoints that now purport to dictate a public opinion, already maddened by austerity.